CANADA DIGS IN: Not Deterred By Trudeau’s Crackdown, These Abuses Are ‘Why We’re Here’ 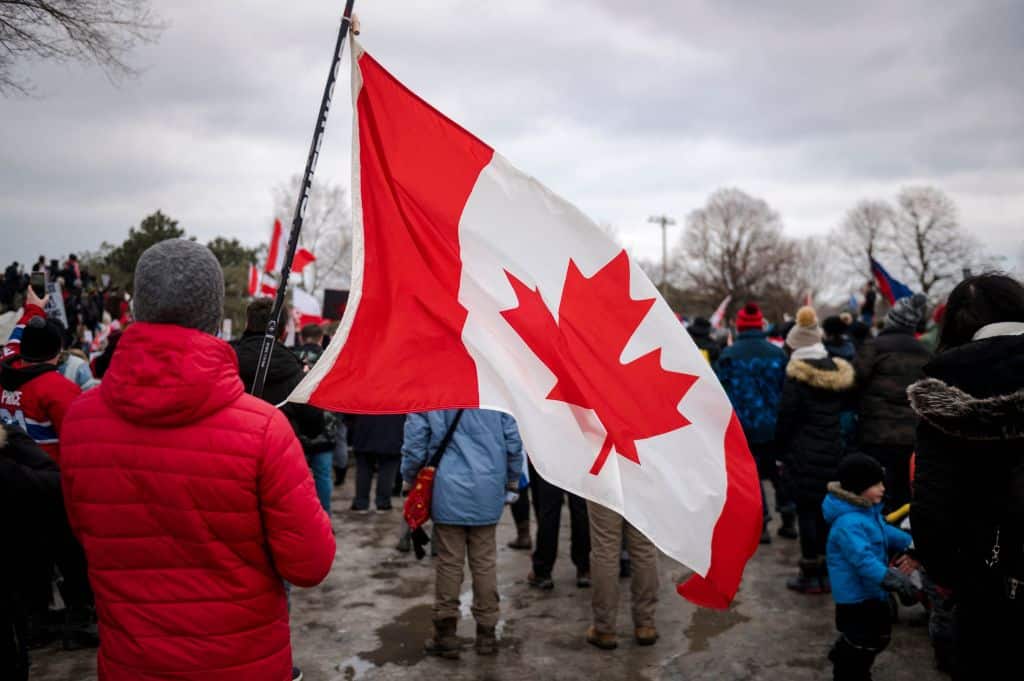 Prime Minister Justin Trudeau may have only emboldened Ottawa protestors with his latest round of Emergency Acts meant to crack down on the freedom convoy — and Trudeau is still refusing to meet with the leaders of the movement.

According to an exclusive report over at the Daily Wire, “Trudeau announced in a press conference Monday afternoon that he was authorizing the federal government’s use of the Emergencies Act, a law passed in the late 1980s to take the place of the War Measures Act. The act strengthens Canadian law enforcements’ ability to fine and imprison violators and ensures the operation of ‘essential services’ such as towing rigs, Trudeau said during his press conference. It also empowers banks and financial institutions to freeze the accounts of any person or business suspected of being involved with an ‘illegal blockade.’”

“David Paisley says he has been protesting for weeks now and, as a street captain, helps organize protesters and direct those who wish to support the cause with funds, goods, or services. Paisley told The Daily Wire that Trudeau’s announcement, which made headlines across major news organizations in the U.S. and Canada, went off barely noticed by the protesters on the ground,” DW adds.

“No one really cares about any new announcement. I mean the police have been breaking the law long before any emergency power. They were taking our fuel away. They were arresting people for purely having jerry cans or having empty tanks of fuel,” he said.

“They’ve already been doing these ‘emergency powers’ and all it does is make people dig their heels in more,” Paisley added. “The irony … is that these very powers and threats are why we are here.”

EXCLUSIVE: ‘These Very Powers … Are Why We Are Here’: Canadian Protesters ‘Dig Their Heels In’ Against Trudeau’s Crackdown https://t.co/ftZAaQSMn1 pic.twitter.com/orGUtBiaXK

CALI CHAOS: Business Owners Forced to Shut Down Because of ‘Smash and Grab’ Robberies

THIS IS REAL: Kerry Promises to Create Auto Jobs IN MEXICO as Part of Biden’s Green New Deal