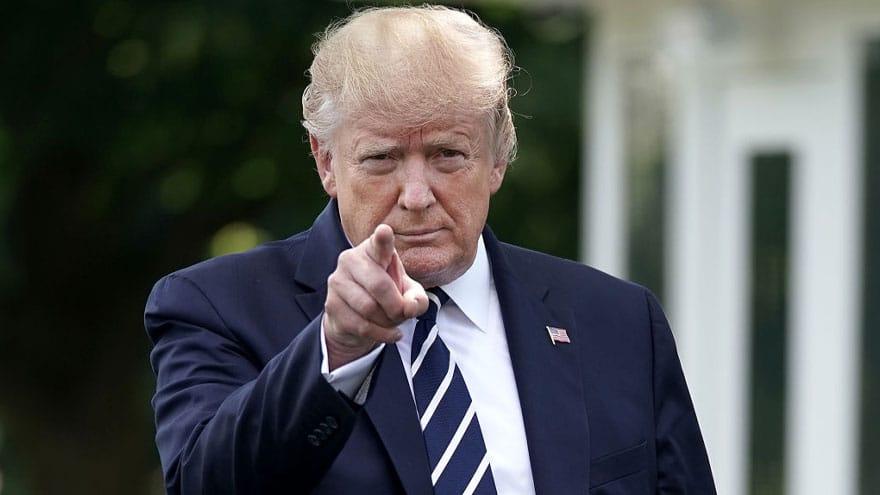 “They have the declassification order,” Trump said of the Justice Department. “And they should declassify, absolutely, especially in light of what has just happened and what has just been revealed.”

“Trump was referring to Durham’s Feb. 11 court filing in which he alleged ‘Tech Executive-1’ and his associates, including a lawyer for Hillary Clinton’s presidential campaign, ‘exploited” internet traffic pertaining to a “particular healthcare provider,’ Trump Tower, Trump’s Central Park West apartment building, and the Executive Office of the President of the United States in order to “establish ‘an inference’ and ‘narrative’” to then bring to federal government agencies tying Trump to Russia,” Fox News reports.

“Trump, in May 2019, following the completion of former Special Counsel Robert Mueller’s investigation, told then-Attorney General Bill Barr to begin a declassification process of records related to surveillance of the Trump campaign in 2016,” Fox adds.

“Mueller’s investigation yielded no evidence of criminal conspiracy or coordination between the Trump campaign and Russian officials during the 2016 presidential election.”

“We did declassify, and people saw them, and I think you’ll see some big stuff,” Trump says.

Trump, calling on the Justice Department to release records to the public, said there is “tremendous dishonesty and corruption.”

“They should release them,” Trump said.

Read the full story over at Fox news: