‘TAKE BACK THE WHEEL’: Watch Highlights from the Israeli Freedom Convoy the Press Wouldn’t Cover 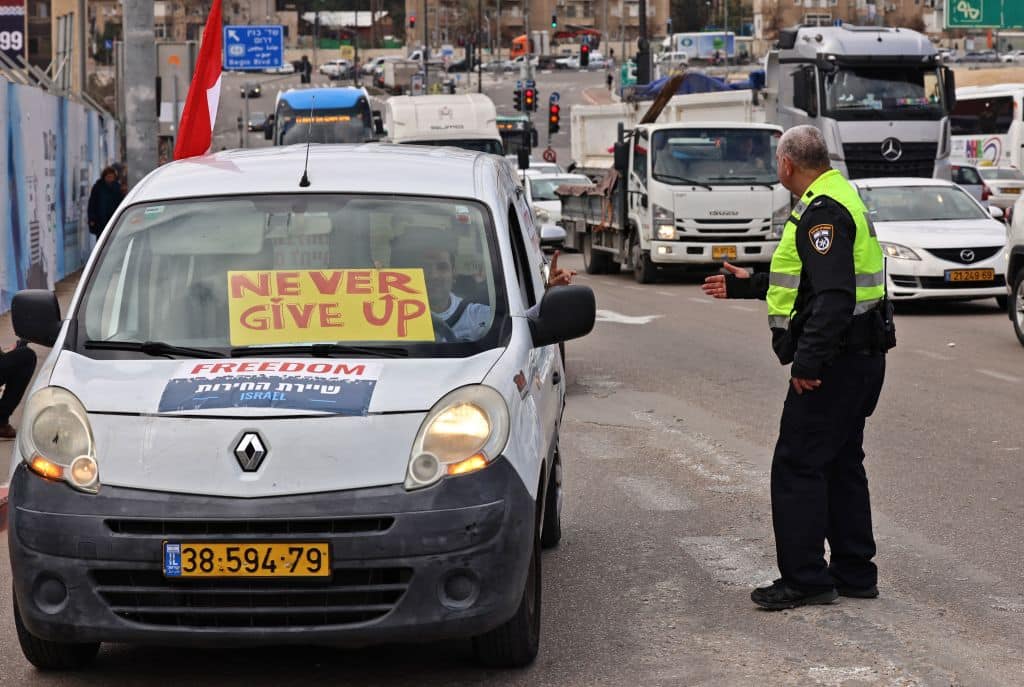 Inspired by the Canadian Freedom Truckers, Israeli nationals started an anti-mandate convoy of their own —only none of their major news outlets covered it, despite 20,000 motorists protesting outside Israel’s Knesset and Supreme Court in Jerusalem.

According to the Jewish News Syndicate, “Vehicles set off on Monday morning from 40 cities across Israel, calling on the government to lift the state of emergency declared due to the coronavirus pandemic, according to the event’s organizers.”

“The convoy, inspired by similar protests in Canada and other countries around the world was organized around a central message: ‘Take back the wheel’—meaning undoing the state of emergency and repealing the so-called “major corona law” granting the government special powers to deal with the spread of the virus, organizers said in a statement.”

“The recent morbidity wave has exposed government shortcomings and poor management of the crisis, which in turn has created a crisis of confidence,” according to the organizers. “Many government forecasts have failed to prove true; many promises haven’t been kept and citizens are realizing that their elected members in the Knesset are detached, improvising with illogical regulations, driven by personal interests and not by the wellbeing of the public. The role of the government is not to rule but to serve its citizens.”

🇮🇱📢🚛🚚📢🇮🇱@IsraelConvoy @Israelprotest
20K vehicles, in 40 convoys to Jerusalem are jamming the city, demanding an end to the ‘Covid enabling act’ & mandates!!!
Here are the trucks!
🇮🇱🚛🚚🇮🇱 #FreedomConvoy
>>> pic.twitter.com/PeW0pafjsw

‘I HOPE HE SUES THEM ALL FOR EVERYTHING’: Watch Maria Bartiromo Explode After Durham Findings

‘HE’S A MENACE AND PART OF THE PROBLEM’: Watch Paul Rail Against Fauci After the Hearing