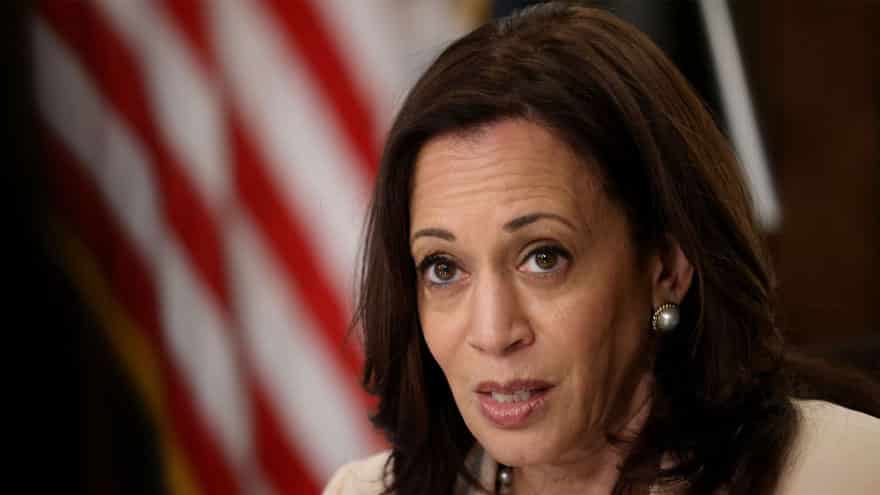 Send Kamala —it’s the least you can do.

According to Fox News, Vice President Kamala Harris spoke to reporters at the Munich Security Conference in Germany on Sunday amid fears of a Russian invasion in Ukraine. Harris talked Russian sanctions —despite the fact that Putin is currently bombarding the region with shells.

“[The sanctions are] directed at institutions — in particular, financial institutions — and individuals, and it will exact absolute harm for the Russian economy and their government,” Harris said.

Her comments come after Ukrainian President Volodymyr Zelenskyy pleaded for the U.S. and allies to impose sanctions against Russia now — before a potential invasion of Ukraine happens.

Harris was asked by a reporter if she felt the looming threat of sanctions would deter Putin, despite saying the president has already made a decision on Ukraine.

“Absolut- — we strongly believe — and remember also that the sanctions are a product not only of our perspective as the United States but a shared perspective among our Allies.  And the Allied relationship is such that we have agreed that the deterrence effect of these sanctions is still a meaningful one, especially because — remember, also — we still sincerely hope that there is a diplomatic path out of this moment,” Harris said, according to the White House.

“And within the context then of the fact that that window is still opening, altho- — open, although it is absolutely narrowing — but within the context of a diplomatic path still being open, the deterrence effect, we believe, has merit,” she added.

“On Sunday, shelling in Ukraine increased in areas helped by Russia-backed rebels. Putin has amassed more than 150,000 Russian forces at the Ukrainian border and recently oversaw tests of nuclear-capable missiles,” Fox reports.

“The Sheer Ineptitude of the Biden-Harris Administration is Monumental: VP Harris says sanctions would absolutely deter Putin, despite saying he made up his mind on invading Ukraine”

The Sheer Ineptitude of the Biden-Harris Administration is Monumental: VP Harris says sanctions would absolutely deter Putin, despite saying he made up his mind on invading Ukraine #TheGreatAmericaShow https://t.co/ibSo2cuNNY #FoxNews

FLASHBACK: Pelosi Says GOP Must ‘Own’ Shutdown Because They Control Congress and the White House