SUICIDE SQUAD: Tlaib to Blast Her Own Party in State of the Union Response in Well Thought Out Plan 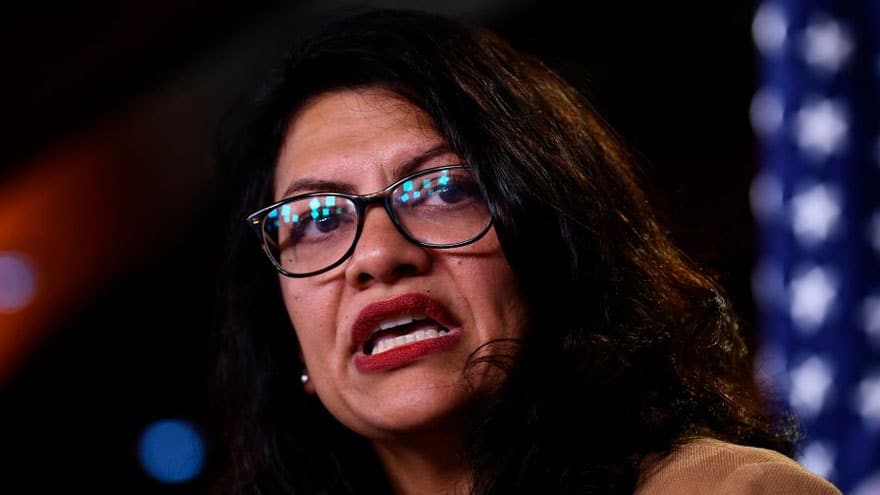 Rep. Rashida Tlaib (D-MI) is expected to deliver a response to President Biden’s State of the Union next week on behalf of the left-wing group Working Families Party. According to Politico, Tlaib “is expected to hammer moderate Democrats who have stymied Biden’s social spending and climate change package.”

“The speech will put on display the deep rifts within the Democratic Party that have marked Biden’s presidency. Months ahead of the daunting midterm election, many Democrats are looking to put aside those differences in order to present a united front against Republicans. But the left sees an opportunity in this year’s primaries to elect a more liberal Democratic majority to Congress,” Politico reports.

“No one fought harder for Build Back Better and a pro-democracy agenda than progressives,” Tlaib told POLITICO in a statement. “The work is unfinished and we’re not giving up on what our communities deserve. We need to get as much done for the people as we can this year, and elect a majority that can deliver for working families in 2023.”

Scoop: Rashida Tlaib will deliver a formal response to President Biden’s SOTU address on behalf of the left-wing Working Families Party. She’s expected to hammer moderates who have stymied his agenda. https://t.co/Xc4FZ7ACWf