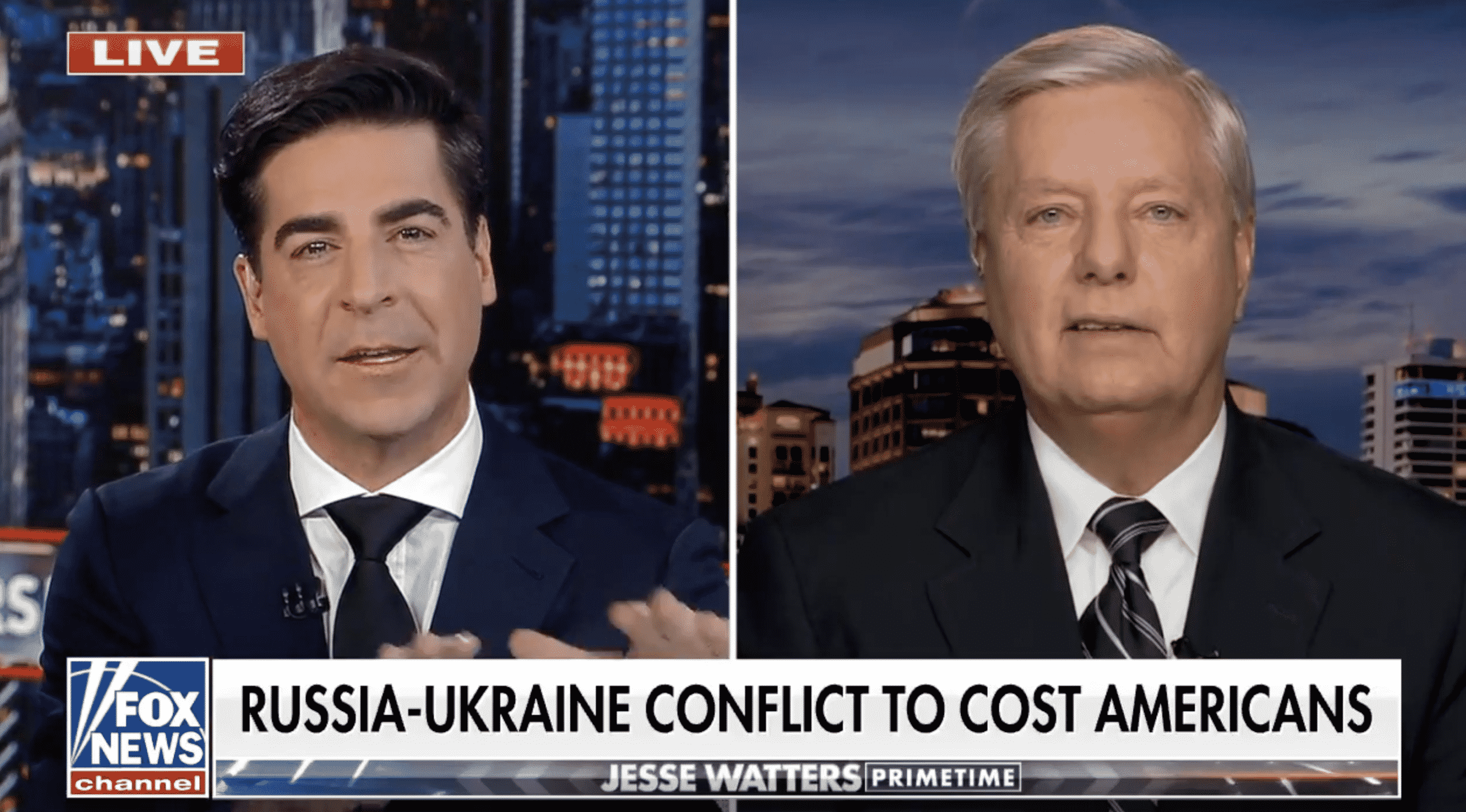 Senator Lindsey Graham (R-SC) spoke with Fox News host Jesse Watters on the recent developments between Russia and Ukraine. Graham says Biden is being far too soft on Putin and offers a few recommendations on how his administration can show Russia they mean business. Watch the video and read excerpts below.

“Here’s the deal. It’s one thing to hurt Putin and shutting Nord Stream 2 hurts Putin. It’s a cash cow, it’s a pipeline that  goes into Germany from Russia —it goes around Ukraine. It’s a lot of money for Putin…I’m glad they’re shutting the damn thing down.”

“But it doesn’t help you here at home. You know what would help the American people? Let’s become energy independent again.”

“We’re sitting on an abundance of American-owned, all-in gas and we should be exploiting for our purposes and helping our allies. We should be all in with energy independence but no, we’re getting our ass kicked overseas and Biden’s getting led round by his nose here at home by the left.”

“You know what I would do if I were President of the United States? I would declare Putin an international war criminal because he’s invading a neighboring nation that signed an agreement with Russia in 1994…and Putin broke that agreement.”

“I miss Donald Trump. If Donald Trump were President, none of this crap would be going on. Because you gotta be strong. When you’re weak is when everything falls apart. And Biden is weak and Trump was strong — I hope we have another election soon.”

JOE’S UTOPIA: Biden Says His Rail Plan Will ‘Take Literally Millions of Automobiles Off the Road’

MANDATE LA: Los Angeles to Require Proof of Vaccination at Most Indoor Locations