Welcome to Insanity Wrap, your weekly dose of the best of the worst. California’s new Science!™ bill is the new big crazy.

What it screams is “Bad taste!” but Insanity Wrap is certain that, of all her many issues, that’s the most easily treated.

California and Science!™ vs Science

There’s science and then there’s Science!™

Science is a method for weeding out, as much as possible, human error and bias from our investigations into how the universe works.

Well, that’s a stripped-down version. There are other, more complicated ones.

Because in science, nothing is ever settled.

Except in California, if AB 2098 is passed into law.

“Existing law requires the applicable board to take action against any licensed physician and surgeon who is charged with unprofessional conduct,” according to the legislative counsel’s summary, and the bill would “designate the dissemination or promotion of misinformation or disinformation” about COVID as “unprofessional conduct,” without specifying what’s prohibited.

Plus: “Assemblyman Low’s office didn’t respond to Just the News questions about whether the bill could punish physicians who are ahead of the curve on debatable issues such as the lab-leak hypothesis, efficacy of cloth masks and post-vaccination heart inflammation.”

AB 2098 would effectively codify into law whatever happens to be the current conventional wisdom.

You would question their conclusions only at risk to yourself.

In the name of science.

Actually, in the name of Science!™

If science is a method for reducing human error, then Science!™ is a set of social and political controls wearing a very authoritative labcoat.

If today it suits those who control the Science!™ to make everyone wear masks, then everyone will wear masks.

If tomorrow, political expediency requires no mask mandates, then the Science!™ will be updated accordingly.

Enjoy your chocolate ration, California — it’s about to be increased from 20 grams to 15 grams. 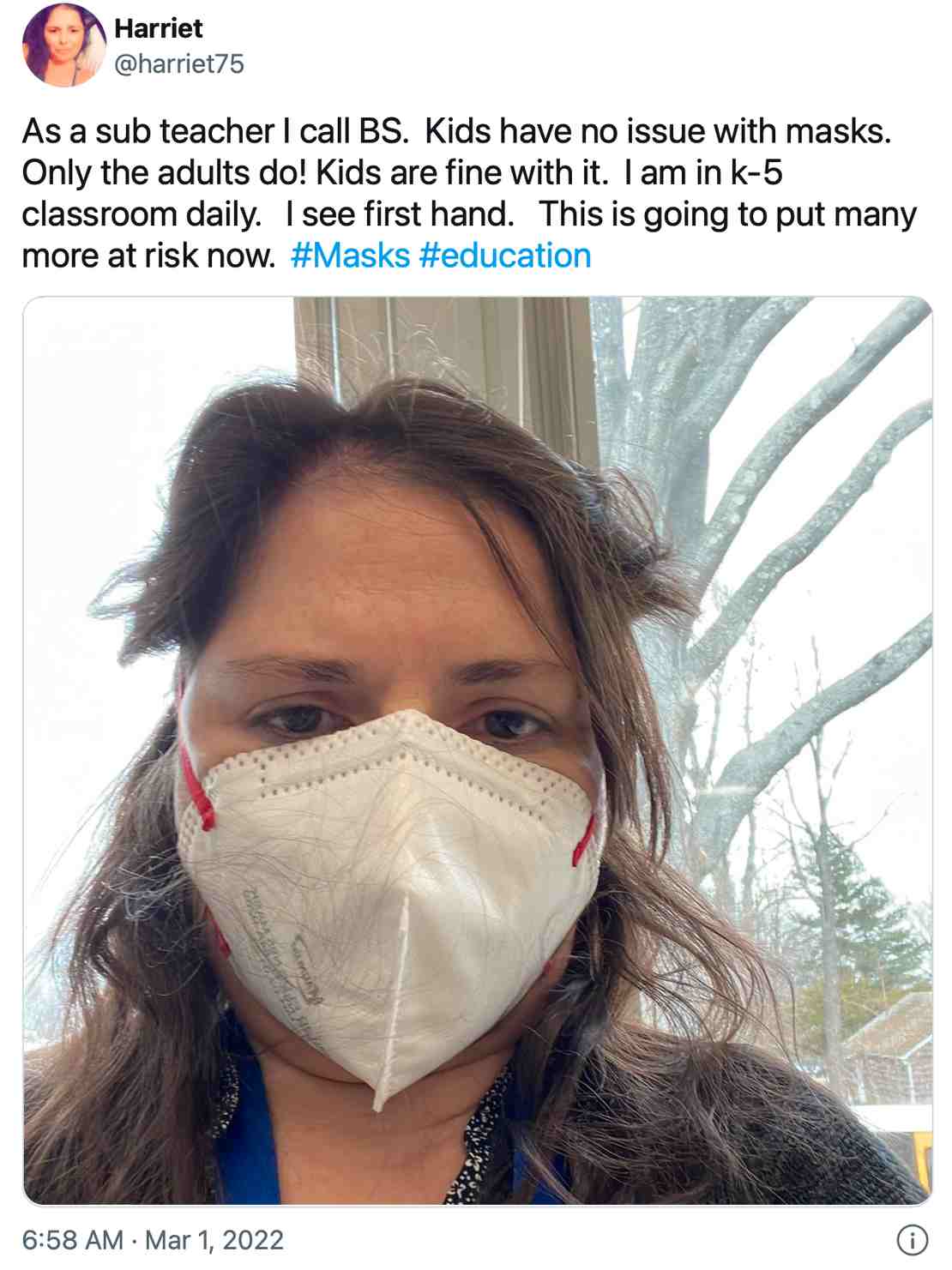 This edition of Mostly Peaceful Protest is presented in a Shot/Chaser format.

Above is the Shot.

Insanity Wrap knows you’ve seen that clip already, but as the Democrats gear up to take credit for ending the mask mandates that GOP governors were lifting months and even over a year ago, we thought you might like the reminder.

Never forget that, and never forgive them for it, either.

Ukrainians Return Home to Fight Russia: ‘I Have to Go’

It’s easy to be a patriot in a country like the United States, a land that war has barely touched in more than 150 years.

In places like Ukraine, patriotism costs a little more:

“I would love not to fight, and be alive, but this is the time where if I want to be able to look myself in the mirror, I have to, have to go,” said Mr. Azarkhin, who has been living in Berlin and had never fired a gun outside a firing range. “Otherwise, I will live in my own personal hell in my head.”

That’s your Quote of the Week. Please try not to forget it.

She says: “Ukrainian children are there taking the hit… our children instead of planes are protecting Nato from missiles”

But by all means, send Ukraine all the Stingers and Javelins we can churn out.

Russia according to at least one report has committed nearly 75% of its total combat power to Ukraine.

If Russia wants to be a bully, let’s give the little guy a pair of brass knuckles to sock him with just when his jaw is almost entirely exposed.

So That Happened (Allegedly)

This could turn out to be the Texas Car Wreck of the Year:

“He considered me his girlfriend. He labeled me his girlfriend, his mistress,” Tania told Breitbart News. “I told him that I found him attractive. After that for an entire month, every day during October 2020, he wouldn’t stop messaging me like crazy. It was just so distracting. He was going crazy for it.”

There’s more at the link, including a screencap of (allegedly!) Taylor’s text to Tania which — trust Insanity Wrap here — you do not want to read.

Anyway, we’re told that Taylor is a RINO so maybe this is just nature’s way of thinning the herd.

And Now For a Brief Moment of Sanity 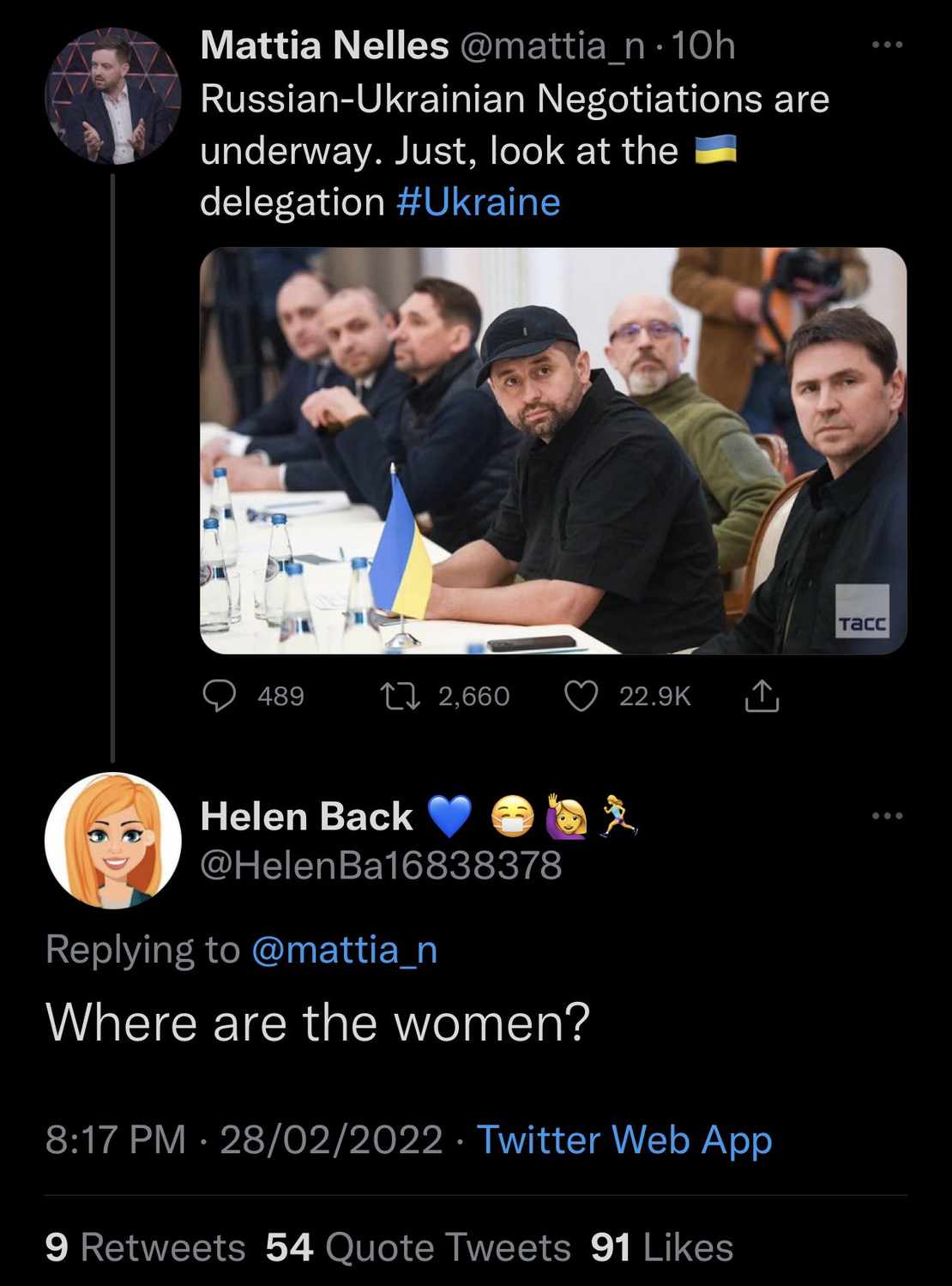 Previously On Insanity Wrap: Putin Gets Piece (Of Ukraine) In Our Time

Terry Fox and the Truckers

With Inflation at Historic Highs, Biden Stoops to New Low in Blame Game