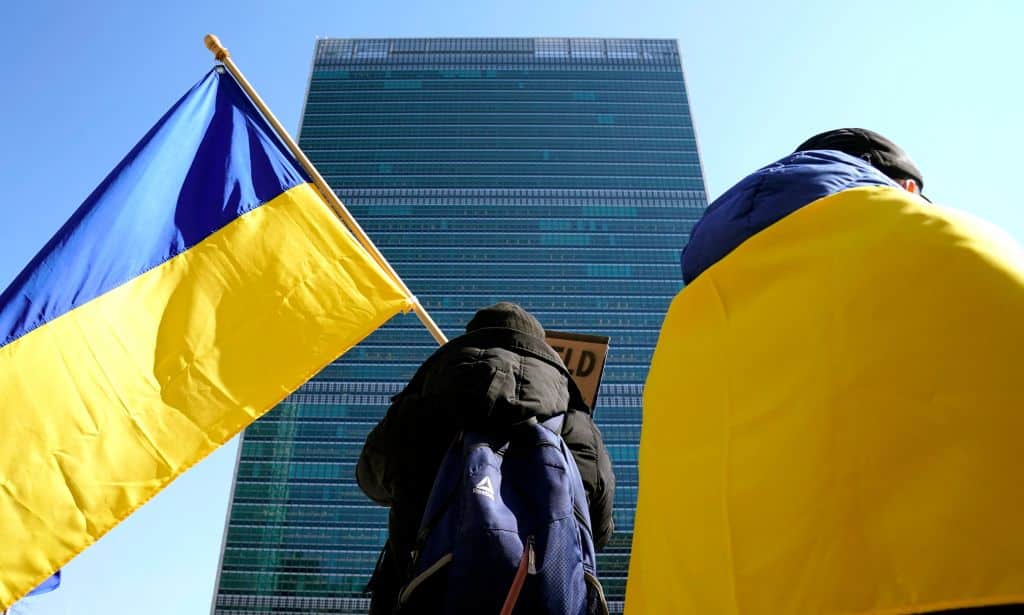 According to a report from Fox news, the United Nations General Assembly banded together to pass a historical resolution Wednesday, condemning Russia for invading Ukraine; they’re demanding Putin withdraw his forces immediately.

“The resolution holds no legal authority but serves as a symbol of global unity against Russian President Vladimir Putin as only five of the 181 nations present for the vote opposed the measure,” Fox reports.

“The U.S. along with 140 other nations supported the resolution while 35 nations abstained, including authoritarian regimes like China, Cuba and Iran.”

And, in what’s absolutely no surprise to anyone, Russia, Belarus, Eritrea, North Korea and Syria voted against the resolution.

⚡️ADOPTED: UN General Assembly resolution on Agression against #Ukraine #UNGA overwhelmingly decided that the Russian govt must immediately stop the aggression, withdraw its troops & abide by the rules of the #UNCharter.