DEMS FOR DRILLING: Manchin, Tester Break With Party, ‘We Need to Step Up,’ ‘U.S. Oil Cleaner Than Anyone’

Two Democrats are breaking with their own party on domestic energy production. Sens. Joe Manchin (D-WV) and Jon Tester (D-MT) are calling for America to produce more oil domestically and not empower our enemies or those who don’t share our values. 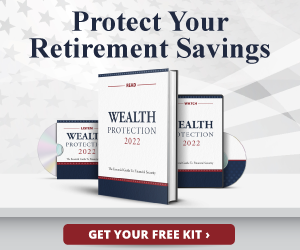 “Approached by CNN’s Manu Raju in the halls of the Capitol, the two Democrats stressed the importance of domestic oil production, even as the Biden administration looks to countries like Saudi Arabia, Iran, and Venezuela to make up gaps in the oil supply resulting from the Russian invasion of Ukraine,” the Daily Wire reports.

“We shouldn’t be advancing other countries who don’t share our values,” Tester said. “So I think the opportunity here is to do it domestically, create jobs here, deal with it domestically, and also see if we can help Europe out too.”

“[We should] basically go back to the policies that we’ve had before,” Manchin added. “And that’s– we have to do our leasing in the Gulf [of Mexico], ok, [Bureau of Land Management] lands [have] been off-target, all this has to go back in, into production. That’s all we’re asking for. And if we’re asking the rest of the world to step up, let’s show that we’re going to step up. And any oil that’s needed to our allies around the world, we produce it cleaner than anybody.”

Tester, Dem from Montana, on talk of importing Venezuelan and Iranian energy to offset Russian ban: “We shouldn’t be advancing other countries who don’t share our values.”

Manchin: “If we are asking the rest of the world to step up, let’s show that we’re going to step up.” pic.twitter.com/KHYeNYqoGF

Manchin is also taking more extreme measures to get his point across.

The Hill reported Tuesday that Manchin, the Senate Energy and Commerce Committee Chairman, will delay the vote on Biden assistant Interior secretary nominee Laura Daniel-Davis over concerns that the Biden administration isn’t doing enough to address the energy crisis.

“As we continue to watch energy being used as a weapon of war by Vladimir Putin, the need for increased American energy production is clear to ensure domestic supplies and help our allies,” Manchin spokesman Sam Runyon told The Hill. “Ms. Daniel-Davis has been nominated to serve in a role that would oversee the federal leasing programs, and Senator Manchin would like to see more from the Department that it intends to get back to the business of leasing and production on federal lands and waters in a robust and responsible way.”

‘FOR REAL!’ Biden Says ‘We Don’t Have Much More Than 10 Years’ to Stop Climate Change