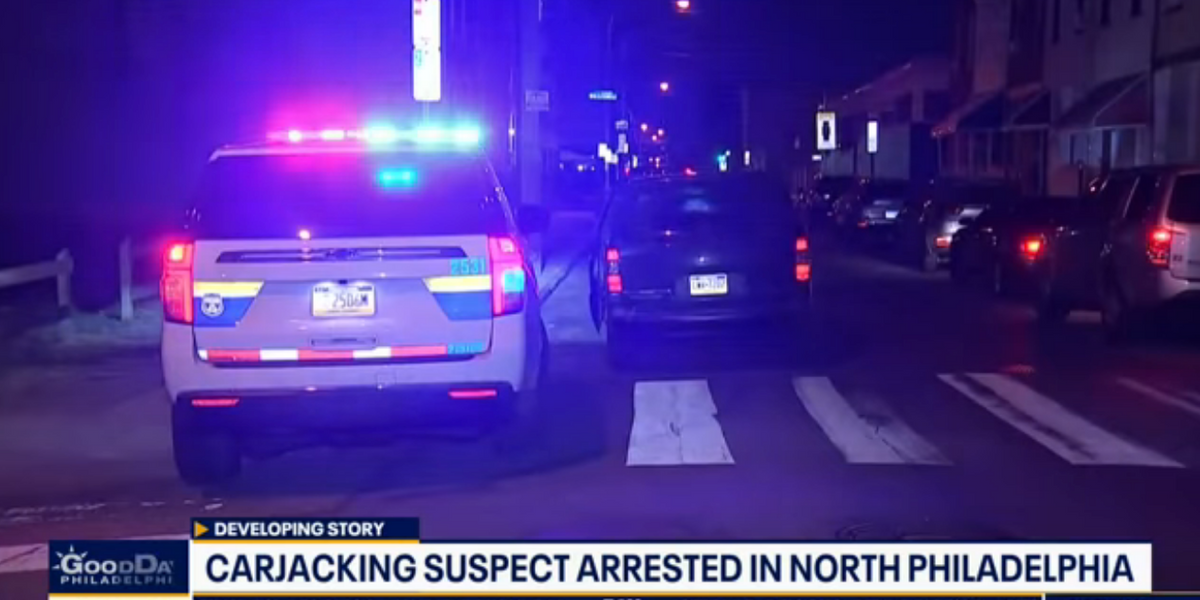 It all started with a phony pizza order, police said. Then a teenager armed with a semi-automatic gun carjacked a minivan with a mother and three children inside in North Philadelphia this week, setting off an intense police chase involving patrol cars and the city’s aviation unit.

According to WPVI-TV, Philadelphia police responded to the 2700 block of Warnock Street Tuesday evening after a pizza delivery driver called 911 to report that an armed carjacker had made off with his car.

The delivery driver added that his girlfriend and their three children — an 8-year-old boy, a 6-year-old girl, and a 2-year-old boy — were still inside the blue Chevrolet minivan.

The driver was reportedly conducting a delivery when the incident occurred and said he had just stepped out of his vehicle when the suspect jumped into the passenger seat and drove away. Police said the delivery location turned out to be a vacant lot, confirming the carjacking was not a real delivery — but a setup.

After the driver provided police with a description of the vehicle and its license plate number, officers immediately set off in search of the suspect, later identified as 18-year-old Shaun Triplett. Philadelphia Police Chief Inspector Scott Small said the department’s helicopter had already been sent up in the air.

In the meantime, the driver’s girlfriend was doing her best to defend herself and her children. She reportedly got into a physical struggle with the teen suspect.

“While she was trying to take the mask off his face, she was actually punching the individual because he was taking the vehicle. That’s when, according to her, the 17-year-old started to threaten to kill her,” Small said.

WCAU-TV reported that officers in the helicopter later spotted Triplett jumping out of the driver’s seat of the minivan and getting into a white sedan, which sped off.

The police helicopter reportedly continued to follow the white sedan until patrol officers on the ground were able to catch up to the vehicle.

At that point, Triplett swung open the passenger’s door of the white sedan and started running. Officers exited their vehicles and chased the suspect on foot, eventually catching him and placing him under arrest.

Police are expected to charge the 18-year-old with carjacking, kidnapping, and weapons violations, along with other related counts.

Amazingly, the delivery driver, his girlfriend, and their three children avoided serious injuries in the incident. According to police, they were able to positively identify Triplett after his arrest.

Authorities also reportedly confirmed with the owner of Campus Pizza that the delivery driver uses his minivan to make deliveries and frequently brings his family with him.

No details were provided about the driver of the white sedan. An investigation into the incident is still ongoing.