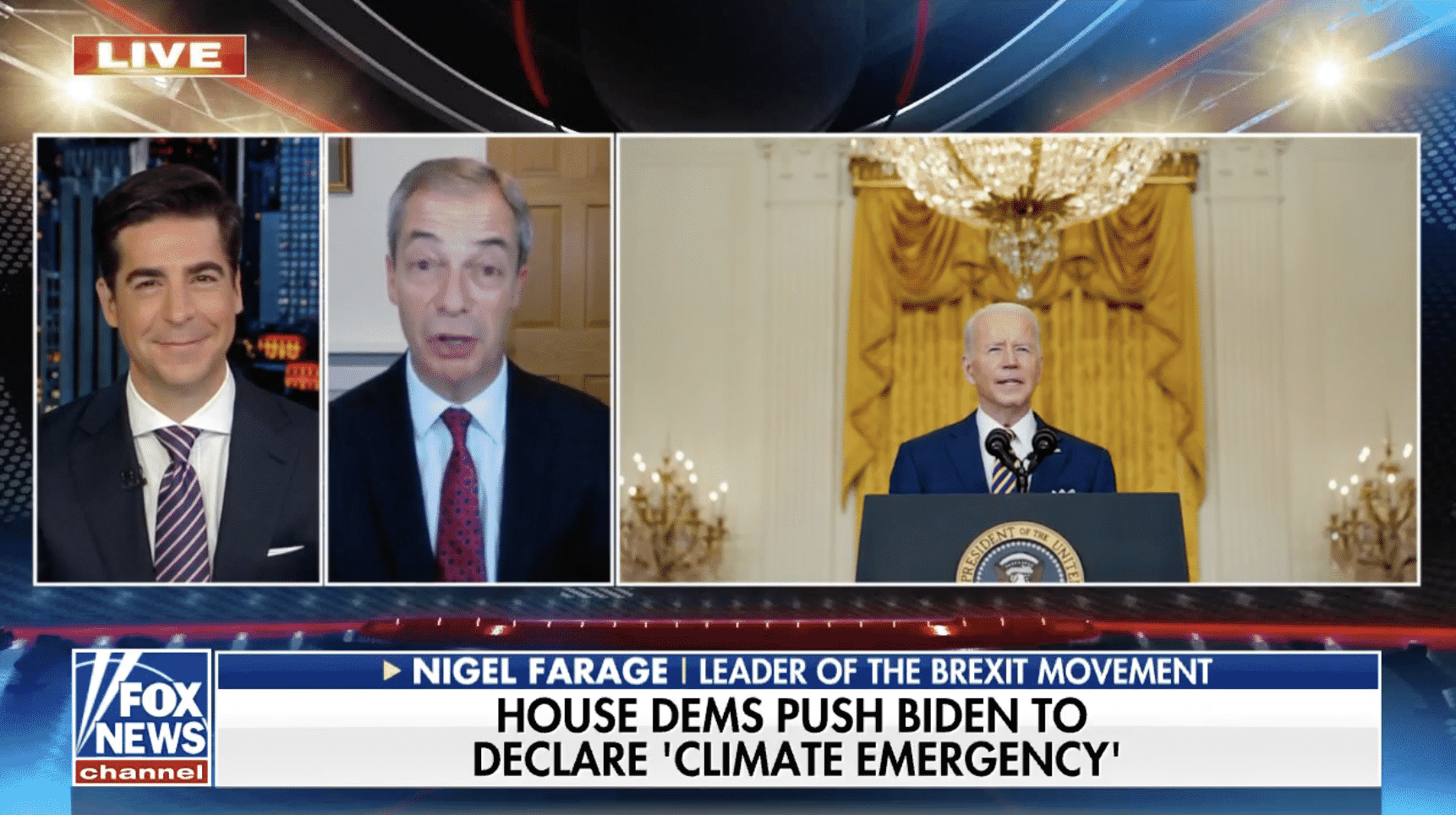 FARAGE: If these idiots think that by having gas, oil, and coal produced, whether it’s in Russia or Saudi Arabia or somewhere else, and then shipped to your country, if they think they’re saving the planet doing that, actually they’re increasing carbon dioxide emission output. They’re just not doing it at home. Ukraine has taught the Western world one very big lesson: It’s an uncertain place, and having your own energy independence in the 21st century, when everything is computerized and digitized, when we need electricity more than we ever have in our whole human story, we must all become self-sufficient in energy. And the good news is, those liberals in Congress and the similar people I’ve got over here, they are a minority, because good, common-sense people will always rally to the message of self-sufficiency, and it makes you realize just how right Donald Trump was on this.

‘DON’T SAY’ SLAY: DeSantis Destroys Reporter for False Narrative, ‘This is Why People Don’t Trust You’