Video making the rounds this am, reports that it is first combat use of Russian hypersonic missile – Kinzhal on a weapons depot near the Polish border pic.twitter.com/pVxqEWlT5J

Russia’s most advanced conventional weapon – 13 times as fast as a tomahawk, with 3x the payload.

There is no plausible reason that the Kinzhal would need to be deployed against Ukraine, given that its air defenses have already been suppressed.

It is Russia’s single most advanced conventional weapon – 13 times as fast as a tomahawk, with 3x the payload. pic.twitter.com/SgFpA9R4ts

Due to its extreme range, it is a “carrier killer” – capable of wiping out an entire U.S. Carrier Strike Group. pic.twitter.com/d04COI8TZf

By firing Kinzhals in Ukraine, Putin is sending a major “do not F with us” message to the West.

He is reminding the world that, whatever logistics challenges his military faces, it retains an edge in absolute bleeding-edge nuclear and conventional weaponry. pic.twitter.com/3M00C8xmWq 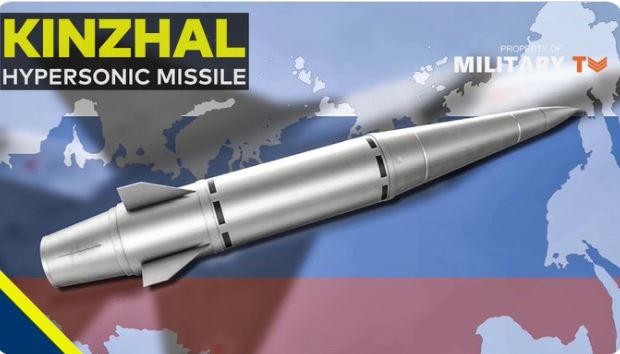 Guess who won the turnout war…