Full story with 900+ comments at CFP

Round of applause for Emma Weyant, the UVA swimmer who placed second in the 500y freestyle tonight, behind Lia Thomas. Second is the new first. #savewomenssports pic.twitter.com/NtHookm3qQ

The real winner of the NCAA Women’s 500 yard Freestyle is UVA’s Emma Weyant.

Actual 1st, 2nd and 3rd place — Will Thomas does not count 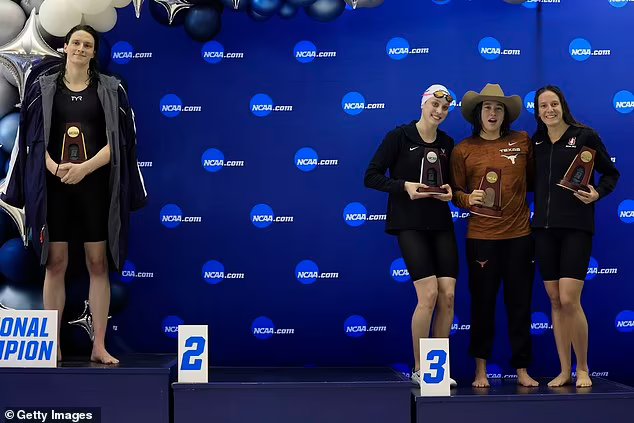 BASED FAN KNOWS THE TRUTH

A clash of views as Lis Thomas races ahead at the NCAA 500 freestyle prelims. pic.twitter.com/X9J5yzmozd

This is Emma Weyant from the University of Virginia.

She finished in second place to Lia Thomas in the women’s 500 Free at the NCAA national championships.

But she’s the true winner to all of us. pic.twitter.com/RbMAT3w2Dz

Virginia Tech swimmer is not happy with Will Thomas…

Virginia Tech swimmer competing in this year’s NCAA championship details how her teammate was brought to tears after her place in the finals was taken by Lia Thomas: pic.twitter.com/mow56mVp1W

A former NCAA track and field athlete details her experience having to compete against transgender athlete June Eastwood:

“June’s coach was on the sidelines telling June to slow down as June was in first place” pic.twitter.com/zp0D4dHoEe

“It means the world to be here.”