Do you know what the difference is between Hunter Biden, a drug-addled, stripper-banging 52-year-old who has long leaned on his father’s political connections to enrich himself in such unsavory places as Beijing and Kyiv, and Barron Trump, the just-turned-16-years-old son of the former president who by all appearances is keeping to his schoolwork and whatever his hobbies might be?

No difference at all. Totally the same.

Allen Glines, head of the Allen B. Glines Center for Public Advocacy, claims to fight for the rights of “Children/Elderly/Economically Disadvantaged/POC/Indigenous/LGBT+ Community.”

Also, recovering crackheads with unacknowledged illegitimate daughters who they had to be sued provide for despite immense personal wealth.

Can you imagine how delicious the discovery process would be?

Right now, hard drives all over the world are spontaneously self-destructing at the mere thought of it.

Speaking of laying off the adult children of presidents, remember the kid-glove treatment received by Ivanka and Don Jr?

Glines said his “big beef comes in the form of government officials using their platforms to harass a private citizen.”

That private citizen got free flights on Air Force Two when his dad was Vice President. In fact, he got free flights with his dad — going to exotic places like Communist China to negotiate billion-dollar hedge-fund deals — and the Vice President’s presence there had NOTHING to do with Hunter’s successful dealings.

From China. And from that totes innocent, Barron Trump-like “private citizen.”

Who would make such an outrageous and self-defeating statement in the days after the New York Times was finally forced to admit that the Hunter Biden “laptop from hell” story was not, in fact, disinformation?

So I did a little looking into Mr. Glines, and here’s what I found.

Recommended: OUCH! ‘Hold It’ Says Dem Maura Healey to Girls Who Don’t Want to Share the Ladies Room with Men

There isn’t even a Wikipedia entry for the prestigious — or should I have gone with “imaginary?” — Allen B. Glines Center for Public Advocacy.

It’s a safe bet that the only employee of the Allen B. Glines Center for Public Advocacy is Allen Glines.

Glines withdrew from the race months before the primary campaign kicked into gear.

I guess Glines figured that even Evan McMullin — running, yes again, as an independent — has a better shot at unseating Lee.

Twitter had even more fun at Glines’s expense than I did. 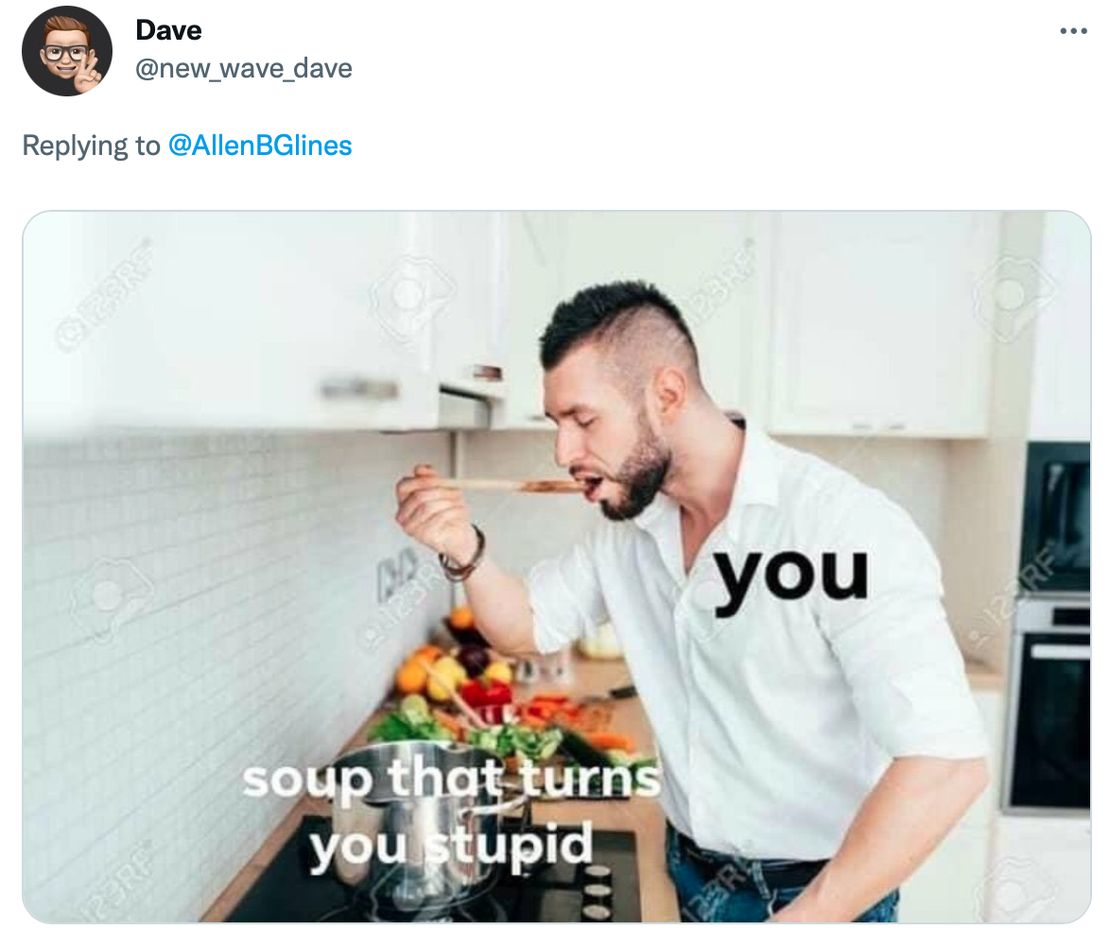 That soup meme is new to me and for reasons I can’t explain and probably don’t want explained, I can’t stop smiling at it.

If Glines is at all representative of the brainpower of the next-generation Democrats, this country might just stand a chance.

Accused Cops Have Rights Too; Such a Disappointment at the L.A. Times