Supreme Court nominee Ketanji Brown Jackson writes, 'I do not hold a position on whether individuals possess natural rights' 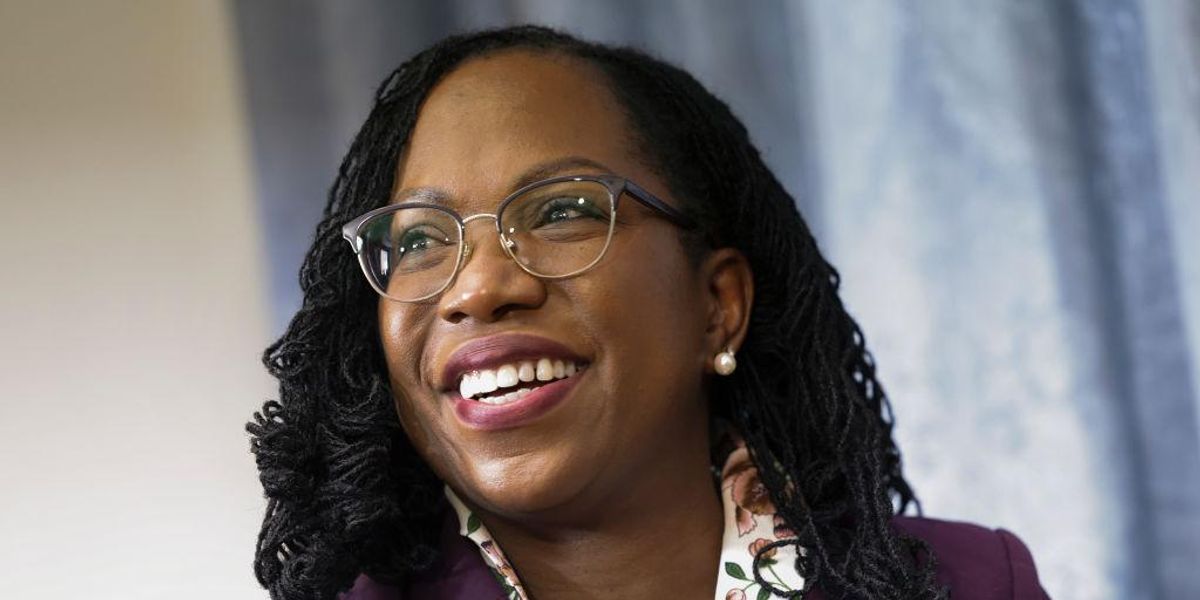 Judge Ketanji Brown Jackson, who will almost certainly be confirmed to serve on the U.S. Supreme Court, said that she does not have a position on whether people have natural rights.

“I do not hold a position on whether individuals possess natural rights,” the jurist wrote in response to a written question from Republican Sen. Ted Cruz of Texas.

Jackson pointed to the Declaration of Independence when she was asked to, “explain, in your own words, the theory prevalent among members of the Founding Fathers’ generation that humans possess natural rights that are inherent or inalienable.”

Jackson wrote that, “The theory that humans possess inherent or inalienable rights is reflected in the Declaration of Independence, which states: ‘We hold these truths to be self-evident, that all men are created equal, that they are endowed by their Creator with certain unalienable Rights, that among these are Life, Liberty, and the pursuit of Happiness.'”

Regarding Jackson’s lack of a position about the issue of whether individuals have natural rights, GOP Rep. Mike Johnson of Louisiana tweeted, “Ketanji Brown Jackson denies the first, self-evident truth of America!”

“No big deal, that’s only the fundamental creed of the republic,” tweeted BlazeTV host Steve Deace of “The Steve Deace Show.”

“There is no Constitution without natural rights. If you can’t even say they exist you have no business interpreting it,” Nate Madden, who serves as GOP Rep. Chip Roy’s communications director, tweeted on his personal Twitter account.

Roy called out Republican Sen. Susan Collins, who plans to vote in favor of confirming Jackson: “Hey @SenSusanCollins – do you believe this? Assuming not – justify your vote for her? CC: @LeaderMcConnell.”

Russia says some troops will withdraw from border, but Ukraine demands evidence