Senator Ted Cruz (R-TX) stopped by Hannity to rundown the five separate lies the Biden Administration has told on inflation —but ultimately, “Joe Biden did this,” says Cruz.

“The Democrats are in panic mode because they realize people don’t like paying 4, 5, 6 —in California it’s nearly $7 a gallon for gas. So on inflation, the White House has had five separate lies on inflation.”

Watch Cruz rundown the five lies in the clip above. 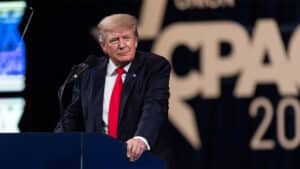 THAT’S ONE ‘ZEL’ OF A MOVE: Zelenskyy Reveals Exact Location, Says ‘I’m Not Afraid of Anyone’

TRUMP RIPS RINOS: ‘They Talk, Criticize, Complain, and Get Nothing Done!’

FETTERMAN STRUGGLES: ‘Send Me to D.C. to Take on—to Make Sure I Push Back Against Work to Work’