Another day, another bad headline for Hunter Biden.

“Klain, who had left his chief of staff position in then-Vice President Biden’s office a year earlier but was the foundation’s chairman at the time of the emails, told Hunter that he needed to ‘tackle a piece of unpleasant business’ and needed Hunter’s help,” according to Fox News, who reviewed emails form Klain.

“The tax lawyers for the VP Residence Foundation have concluded that since the Cheney folks last raised money in 2007 and not 2008, we actually have to have some incoming funds before the end of this fiscal year (i.e., before 9/30/12 – next week) to remain eligible to be a ‘public charity,’” Klain said in an email to Hunter. 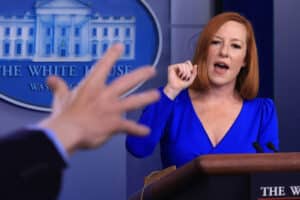 “It’s not much – we need to raise a total of $20,000 – so I’m hitting up a few very close friends on a very confidential basis to write checks of $2,000 each,” Klain added. “We need to keep this low low key, because raising money for the Residence now is bad PR – but it has to be done, so I’m trying to just collect the 10 checks of $2,000, get it done in a week, and then, we can do an event for the Residence Foundation after the election.”

“Hunter then forwarded the email a few hours later to his longtime business partner, Eric Schwerin, who helped manage a majority of Hunter’s finances. Schwerin responded by telling him that they could ‘discuss this and some other bills on Monday,’” Fox News reports.

Read the full article over at Fox News:

DIDN’T BACK DOWN: Democrat Senators Manchin and Sinema Vote with GOP, Preserving the Filibuster

TULSI TRUTH BOMBS: ‘Every Justice Needs to Understand There is Such a Thing as a Woman’