RUSSIA HAS TO GO: Zelenskyy Calls for Russia’s Removal from UN Security Council

Ukrainian President Volodymyr Zelenskyy is pushing for the UN Security Council to take action against Russia’s war crimes in Ukraine: act, or dissolve the he says. Zelenskyy wants Russia removed from the council.

“If you don’t know how to make this decision, you can do two things, either remove Russia as an aggressor and a source of war so it cannot block decisions about its own aggression and its own war. And then do everything that we can do to establish peace,” he said. “Or the other option is to show how we can reform or change and work for peace.”

“If there is no alternative, the next option would be to dissolve yourself altogether if there is nothing that you can do besides conversation,” Zelenskyy added. 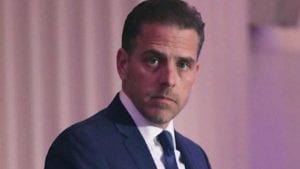 “We are dealing with a state that is turning the veto [in] the U.N. Security Council into the right to die,” Zelensky said in his remarks. “This undermines the whole architecture of global security and allows them to go unpunished.”

“The main thing is today, it’s time to transform the system, the United Nations,” he told the Security Council.