‘SOMETHING IS UP’: Watch Jordan Blast Biden, ‘4.8 Million Reasons Why We Know He’s Lying’

Ranking GOP member on the House Judiciary Committee Jim Jordan (R-OH) dropped by Sunday Morning Futures to speak with Maria Bartiromo about the latest Hunter Biden developments; Jordan says says this was a family operation and it sure looks like Joe knew about Hunter’s dealings.

“One, it sure looks like Joe Biden was involved,” Jordan begins. “This was a family operation, including his uncle, as I said before. Second, remember what Joe Biden said in the debates 18 months ago. He said he didn’t do anything wrong, and Hunter wasn’t taking money from interests, business interests with connections to China.”

“There are 4.8 million reasons why that statement Joe Biden made was not accurate, because we know he took $4.8 million from CEFC, the Chinese energy company. So, yes, this is — this ties in the entire family.” 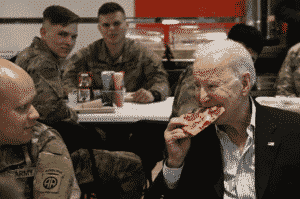 “The thing that bothers me the most, though, Maria, is the conspiracy. The left always tries to — always says, oh, there’s these right-wing conspiracies. The real conspiracy here was the Democrats, big tech, big media keeping this story from the American people just days before the most important election we have, an election for president of the United States, election for who’s going to be the commander in chief.”

Watch the full clip above.

‘MY OATH IS TO THE CONSTITUTION, NOT FOREIGN NATIONS’: Paul Wants IG Oversight on Ukraine Aid