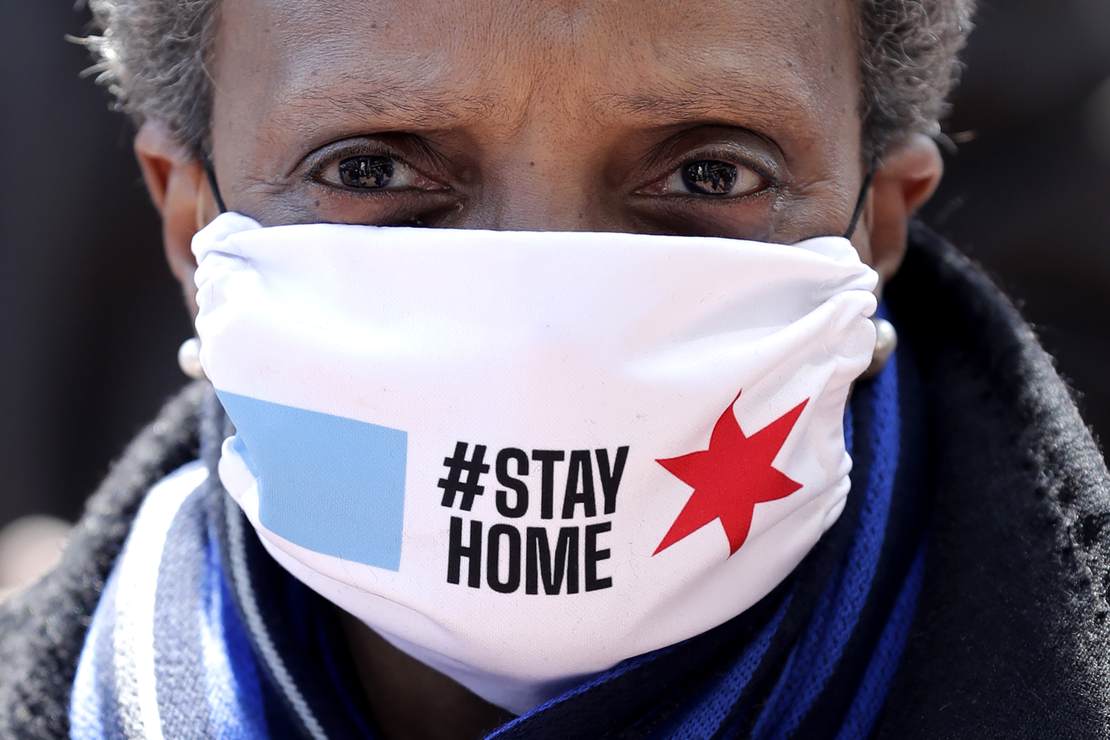 There’s a new sort of lockdown coming to the Windy City this week, but it doesn’t have anything to do with COVID, face masks or vaccinations. Millennium Park in Chicago is considered an iconic tourist attraction and a busy gathering place for locals when the weather is pleasant. It’s also the location of a massive steel sculpture locally known as “the bean.” But there has been a steep rise in a very different type of “action” in the park recently. Just over the past weekend, multiple people were shot in the park, with a 16-year-od boy being killed. More than 30 people were arrested with illegal weapons. After public pleas for an end to the violence from city officials, Mayor Lori Lightfoot declared a ban on “unaccompanied minors” in the park after 6 pm on Thursdays through Sundays. Lightfoot insisted that the Chicago Police would ensure that the ban will be “strictly enforced and violations will be dealt with swiftly.” This announcement was immediately met with a combination of outrage and scorn and questions of how such a ban could be efficiently and legally enforced have yet to be addressed. (Chicago Sun-Times)

Declaring the city “cannot allow any of our public spaces to become platforms for danger,” Lightfoot said unaccompanied minors won’t be allowed in one of the city’s most iconic tourist attractions after 6 p.m. from Thursday through Sunday, unless they’re with “at least one responsible adult.”

The mayor announced that measure after a frenetic stretch from Saturday evening into early Sunday that started with crowds of young people congregating in the Loop — and ended with a 16-year-old boy fatally shot near “The Bean,” two men wounded in a separate attack nearby and 26 juveniles and five adults arrested.

This is being framed as a need to find a way to protect the children of Chicago, and in at least some cases, that’s an accurate portrayal. Innocent bystanders are too often victims of these shootings. But if Lightfoot were being honest, she would admit that a lot of the shooting is being done by children, because we’re primarily talking about gang violence and gangs start recruiting new members at very young ages.

With that said, the ban is problematic on a number of levels. The park is very large and is frequently packed with thousands of people. Are the Chicago Police going to be stopping every person who looks like they might be 17 or younger and demand ID simply for the crime of “being in the park?” If the Mayor wanted to close the park entirely, that would be one thing. But allowing only those above a certain age to walk on the grass is going to be an enforcement nightmare, assuming this ban is even legal.

Making exceptions for youths who are with a “responsible adult” sounds like a nice gesture toward families wishing to bring their children out for a stroll in the park, right? But what if some of the children are already gang members and they are accompanied by an older gang member who is 18 or over? Can you kick them out of the park without proving that the older gang member is somehow not a “responsible adult?” Are the cops going to have to make those calls on the fly? You can see how this plan falls apart rapidly.

The Police Superintendent was asked by reporters how he planned to enforce the ban on Sunday. He didn’t have much in the way of answers that didn’t sound like word salad.

Police Department Superintendent David Brown wouldn’t give specifics on how officers will enforce the new policy.

“It’s got to be strategic and surgical in the way we do it, one step at a time instead of this broad measure that you might have to pull back because it’s too broad and not effective,” Brown said during a news conference Sunday afternoon.

Strategic and surgical? What does that even mean? The gangs have been running wild in Chicago for far too long to expect them to be put off by a new mayoral policy. If the cops are seriously going to try to enforce this, they will need to be stopping and questioning scores of younger people on an hourly basis, along with checking all of their ID cards, assuming they even have one. That’s going to require a lot of police resources. And for every cop playing hall monitor in Millennium Park, there’s one less cop out there trying to break up mass lootings, stop carjackings, and hunt down killers.

So is Paul Pelosi getting a DUI charge or not?