Insanity Wrap: We Need to Talk About Juneteenth

Welcome to Insanity Wrap, an entire week’s worth of lefty nuttiness wrapped up in one easy-to-swallow capsule of news. Getting Juneteenth wrong is this week’s big crazy.

There should be kink at pride for kids. Kink and kids should coexist with eachother. pic.twitter.com/oQGaAMjpdw

It was a mostly peaceful celebration, I suppose.

More seriously, I never gave much thought to Juneteenth until recently. As a GenXer, I was raised after the Civil Rights movement had won its victories, and people around my age just assumed relations would continue to get better between the races.

During the Eighties, Nineties, and Naughts, relations mostly did get better.

Then everything went to Hell, for reasons I won’t get into today and that I’m guessing you already know.

Look, we should absolutely celebrate Juneteenth even though it wasn’t the official end of slavery in the United States. It did mark the start of slavery’s effective end — over the most strenuous objections of organized, armed Democrats.

Chicago: A large mob of people shut down the road and swarmed an elderly driver who was stuck in the street. pic.twitter.com/w7enbiCzpA

The worst part about slavery is that it’s one of mankind’s great evils but also that it’s depressingly common. Pretty much any time that elites figured out they could get away with enslaving their “lessers,” they did, everywhere in the world.

Life after Juneteenth wasn’t perfect, but it was immeasurably improved. At least until Reconstruction ended and Democrats took back over the South for most of a century.

For most people, I hope, a celebration of freedom is exactly what Juneteenth is. But our Democrat-run cities have been coddling mobs for the last two years, and so mobs ruined the occasion in places like Chicago and D.C.

If you’re black and still voting for Democrats, why?

That aside, happy belated Juneteenth.

Recommended: Woke Madness: Man Not Allowed to Donate Blood Because He Won’t Say If He’s Pregnant

That’s much cooler than my dogs’ favorite trick, which is smuggling live baby bunnies and dead squirrels into the living room.

Greetings from merry old England, where men pretending to be women shout down women who don’t want to be forced to pretend that men are women:

Women’s rights activists from the organisation Standing For Women faced off with trans-rights group Bristol Against Hate on the city’s College Green at around 1pm, with feminists claiming they were “silenced” by the balaclava-clad demonstrators dressed in all black.

In a statement shared on social media, Bristol Against Hate wrote: “Right-wing agitators intend to host a transphobic rally. We are clear: trans rights are human rights and these rights will be defended.”
…
After the protest finished, the women’s rights group said they went to the pub only to be left barricaded inside as the trans activists gathered outside. Police were seen in videos guarding the entrance.

The proper response? “Sorry, sport, but where do you think even trans people come from?”

I will not let Cancel Culture cancel my Pancake Mix! They are already coming for it! They Got Aunt Jemima & Uncle Ben But Cousin Ts is here to stay!

“I will not let Cancel Culture cancel my Pancake Mix! They are already coming for it! They Got Aunt Jemima & Uncle Ben But Cousin Ts is here to stay!”

Anybody else craving buttermilk pancakes all of a sudden?

Better hurry. I just went to Terrence Williams’ Cousin T website, and the variety pack and the blueberry mix are already sold out.

This is why we can’t buy fun things anymore:

One person tweeted on Monday, whining about Harris Teeter selling patriotic items that read “Give me liberty or give me death” and “America, love it or leave it,” according to Fox Business. They carped that the messages were insensitive following mass shootings that have taken place across the nation.

“Why are you allowing this type of item to be sold at your grocery store in Huntersville NC? Clearly, in light of the recent mass shootings, you can understand how this IS NOT a good idea,” the historically ignorant Twitter user named Scarlett contended.

Harris Teeter, who should have ignored the whining, decided to immediately cave to the complaint and told her that they would be discontinuing the “Freedom Series” items.

“Thanks for reaching out,” the company cravenly replied. “As soon as these items were brought to our attention we put a recall request into place and these items are being removed from all store locations.”

Much more at the link.

The important thing to know is that it only took two tweets — one each for Kroger and Harris Teeter — to cave.

They didn’t even cave to a threatening mob. Those cowards caved to two tweets.

Who wants to join me?

Previously On Insanity Wrap: California Is Officially a S***hole Country 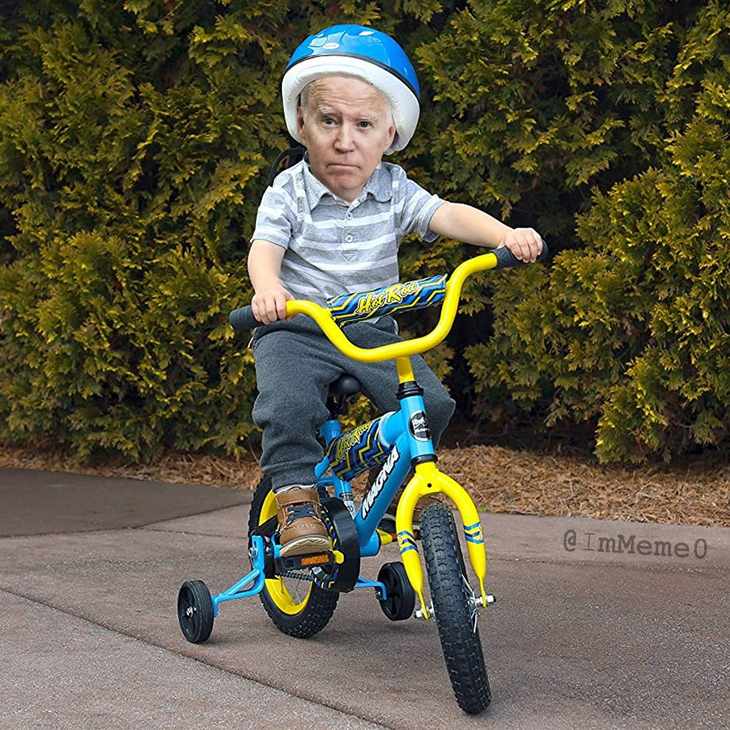