Hunter’s iPhone has been the source of the most prurient interest since 4Chan users this weekend began releasing data reportedly hacked from the backup stored on his Laptop from Hell.

Did you catch Hunter’s note at the bottom? “Only contact if absolutely necessary.”

By his own admission, Biden lost not one but three laptops during his various crack binges, so I’m guessing that “absolutely necessary” might have come more often than anyone would have guessed.

Area Code 202 is for Washington, DC, so you can be sure that “journalists” from several national outfits are already trying to contact Harrington for an explanation.

Then there’s Herb Stapleton, the FBI’s Deputy Assistant Director for the Cyber Capabilities Branch of the Cyber Division. Area Code 571 is for northern Virginia, where half our federal government bureaucrats live, so, again, I bet he already has a gaggle of reporters on his lawn. 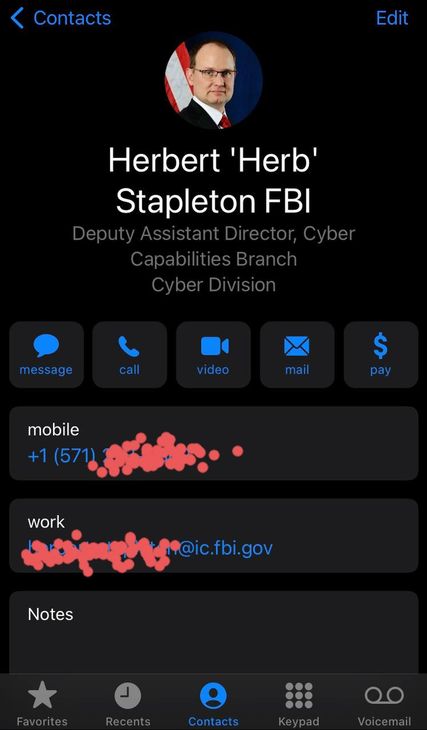 It doesn’t take much imagination to guess why someone with Hunter Biden’s notorious contacts, business interests, and proclivities would take a high-level interest in cyber security.

Do you wonder who might have introduced Hunter to such powerful specialists in that field?

I sure do. I wonder if reporters will ask White House PressSec Karine Jean-Pierre about that today because I’m sure she’s right on top of all that information.

And as my friend and colleague Matt Margolis reported earlier today, there are also multiple references to “Pedo Peter” on Hunter’s iPhone.

The main reason people speculate that “Pedo Peter” is Joe Biden is because of a past report that Joe Biden wrote to several people close to him via email, including his son Hunter, using the pseudonym “Peter Henderson,” in reference to a fictional Soviet Union-era spy who infiltrated the U.S. government in several Tom Clancy novels. That detail is weird on its own, but it certainly gives credence to the Joe-Biden-is-Pedo-Peter theory.

Finally, there’s a little something else from 4Chan.

I hesitate to share this, but if the speculation about Pedo Peter is true, not only did Hunter Biden really need those FBI contacts, but that rotten apple might not have fallen far from the tree. 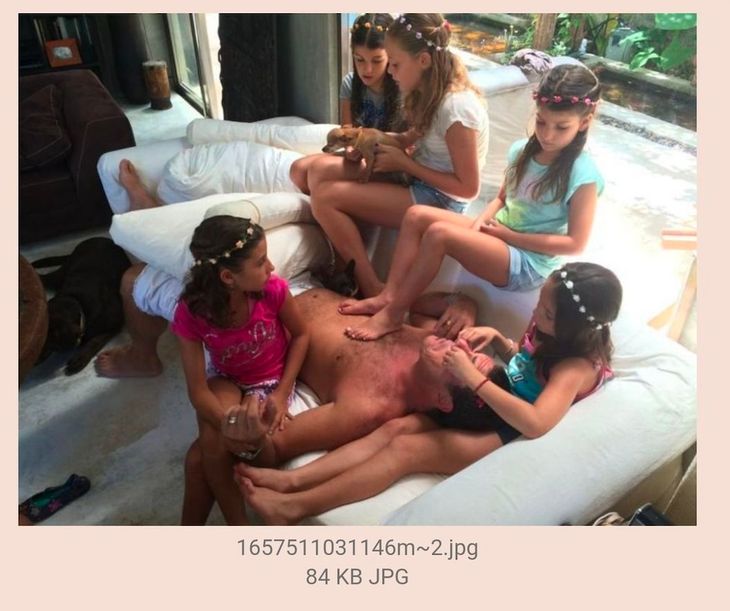 Deep fake or deeply disturbed? I’ll let you make the call because, so far, the press isn’t interested in finding out.

My Biden-Voting Friend Had 'No Idea' Things Could Get This Bad. Buckle Up, Buddy, We're Just Getting Started

Is Biden's 'Success' Our Mess?

The Cost of Rent Control