Jill Biden’s breakfast tacos flub is the big crazy on Insanity Wrap, an entire week’s worth of lefty nuttiness wrapped up in one easy-to-swallow medicated news capsule.

“Whenever I see a car with Trump stickers… I f*** with it.” Totally normal pic.twitter.com/C0tcjXfShi

How long before this young woman — I almost wrote “lady” — gets herself or someone else hurt in a road-rage incident?

“We are not tacos” is an actual thing that the National Association of Hispanic Journalists (NAHJ) had to tell DOCTOR Jill Biden following her latest attempt to both pander to and condescend to Hispanic Americans.

#ProTip: It’s impossible to condescend and pander at the same time. But that won’t stop lefties from trying.

DOCTOR Biden was speaking at the Latinx IncluXion Luncheon in San Antonio on Monday, and I see Xes everywhere.

Maybe if we rebrand the Southern Border as SouXern BorderX, Joe Biden will finally visit? https://t.co/xCYrp74gM0

All those Xes are the condescension. Well-to-do white progressives have decided that to make Hispanics more inclusive — and thus worthy of giving progressives their fealty — must be addressed as “Latinx.”

Latinos basically hate it, but progressives like DOCTOR Biden won’t stop trying, because they know better than their wards do.

Now let’s get to the pandering.

Our postmodern Edith Wilson told attendees that “the diversity of this community – as distinct as the bodegas of the Bronx, as beautiful as the blossoms of Miami, and as unique as the breakfast tacos here in San Antonio – is your strength.”

She pronounced “bodegas” as “BO-geh-das,” BTW.

DOCTOR Biden’s performance was even cringier than I described. Here’s the clip:

You can picture Biden’s speechwriters coming up with that gem.

First Speechwriter: “We need to figure out a way to make all these Hispanics we’re lumping together under ‘Latinx’ feel unique.”

No, they won’t. Here’s the NAHJ statement:

We are not tacos.

Our heritage as Latinos is shaped by various diasporas, cultures & food traditions.

Do not reduce us to stereotypes.

Breakfast tacos are so unique that someone living in a small town — as I do — must travel all the way to this hard-to-find hole-in-the-wall called Taco Bell to get one. They’re a rare delicacy, so I try not to spoil my kids by taking them there too often.

But we sure could use some today. I’ll order mine with extra schadenfreude.

how to entertain the kids and the dogs
(jukin media) pic.twitter.com/RAnrjaT0jU

It’s Good to Be the Nomenklatura

The Real Governor of Georgia™ has it real good in her (re!)-election campaign:

One Georgia Inc., an Abrams-associated leadership committee that is able to collect unlimited donations under new Georgia law, filed its contribution disclosure report with the state Friday afternoon, showing that wealthy progressives from across the country are pouring money into Abrams’ second attempt to unseat Georgia Republican Gov. Brian Kemp.

Republican Governor Brian Kemp has a little over $6 million on hand.

What are the wealthy Republicans in Georgia and around the country doing?

Kemp has a nine-point lead over Abrams in the latest polls. Let the progs waste their money, trying to prop up America’s most bitter and deluded loser.

New York City is not going back to normal. That’s why so many people left already and more are leaving. pic.twitter.com/yuHGYX17wd

I’m old enough to remember when government at least pretended to want to be liked by voters.

Any chance you want to spend your tourist dollars in a city where the official signage literally flips you off?

Since Petaluma’s decision, four other cities in the Bay Area have followed suit, and now, leaders in California’s most car-centric metropolis are hoping to bring the climate-conscious policy to Southern California.

It opens a new front in California’s efforts to reduce carbon emissions and already is generating opposition from the fuel industry, which argues consumers would suffer.

California already has the highest gas prices in the nation — and it ain’t even close.

The state hopes to use a combination of high prices and low availability (socialist utopia!) to force people into electric cars.

Left unsaid: How California, the nation’s largest net electricity importer, is going to charge all those EVs.

Petaluma Councilwoman D’Lynda Fischer, who got the No New Gas Stations trend going, was quoted saying, “We didn’t know what we were doing, actually.”

They’ll find out what they’ve done. The hard way. 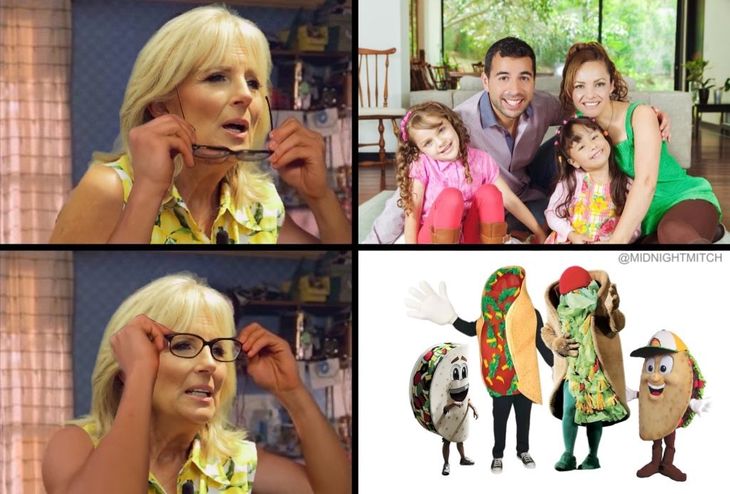 For People’s Park in Berkeley, It’s Deja Vu All Over Again

The Disinformation Governance Board Is Now Officially Dead, But the Enemies of Free Speech Will Keep Trying