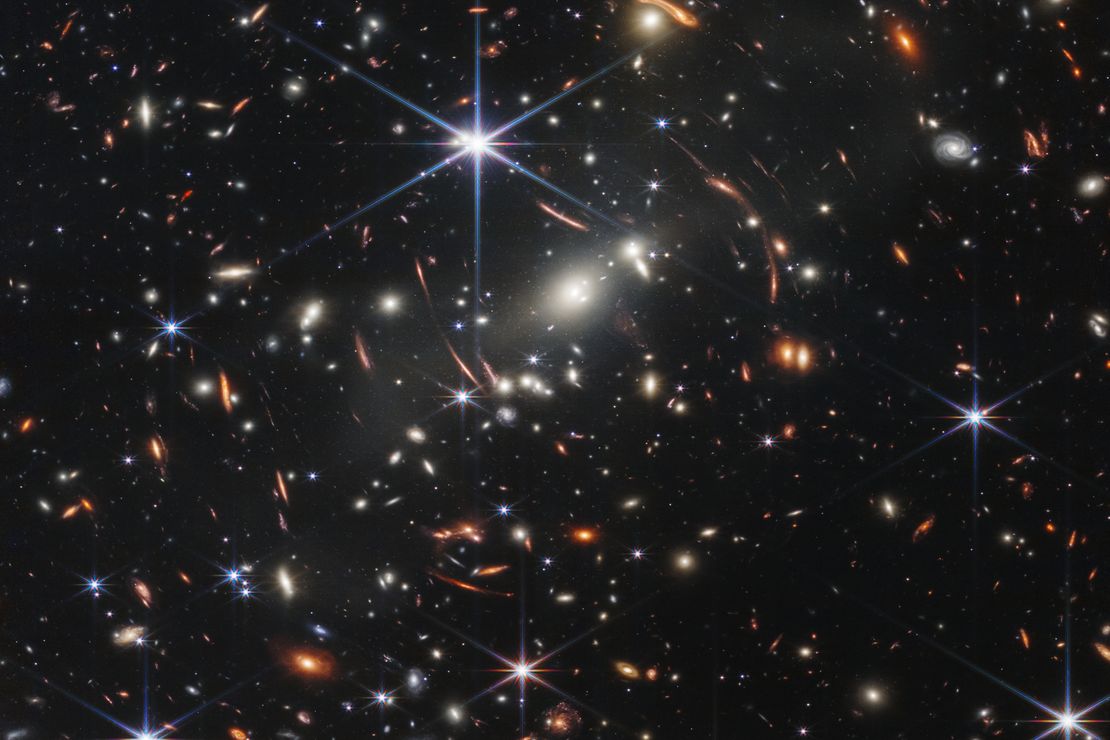 The $9.7 billion James Webb Space Telescope gave us the first inclination of what it’s capable of when NASA released the first image from the space telescope’s deep field imaging camera, giving mankind a look back at the early universe.

The image was a long time coming. NASA first envisioned the Next Generation Space Telescope (NGST) in 1996 at a cost of half a billion dollars. As the years went by, NASA redesigned the telescope and dealt with changing technologies and a balky Congress. Renamed the James Webb Space Telescope after the NASA administrator who was in charge during the early days of the manned space program, the JWST became the most complex project NASA has ever undertaken.

After a flawless launch on Christmas Day, 2021 the NGST traveled more than 900,000 miles to a spot where the telescope would be able to image the universe without the light from the sun, earth, or moon affecting it. After several weeks of tests and calibrations, the end product is truly a wonder.

Previewed by @POTUS on July 11, it shows galaxies once invisible to us. The full set of @NASAWebb‘s first full-color images & data will be revealed July 12: https://t.co/63zxpNDi4I pic.twitter.com/zAr7YoFZ8C

There were numerous problems that added to the original $500 million costs. There was a major redesign in 2005, a ripped sunshield during a practice deployment, recommendations from an independent review board, a threat by the U.S. Congress to cancel the project, the COVID-19 pandemic, and problems with the telescope itself.

The project was almost canceled several times. A 2010 Nature article described JWST as “the telescope that ate astronomy.” It’s an old story in Washington; spend so much on a project that canceling it becomes impossible. Although the promise of the JWST was mind-blowing, getting it off the ground consumed about one-quarter of NASA’s budget for more than a decade.

In addition, there was controversy over naming the telescope after James Webb. It was alleged that Webb was part of the U.S. State Department’s effort to purge gay people during the 1950s and 60s. Webb was an undersecretary of state during that time, and the woke lobby accused him of participating in the hysteria.

The problem was that closeted gays were extremely susceptible to blackmail by foreign agents. The state department was caught up in the Red Scare at the time, and more than 300 employees were dismissed. At any rate, there is absolutely no evidence that Webb ever participated in any purges.

The image shows SMACS 0723, where a massive group of galaxy clusters act as a magnifying glass for the objects behind them. Called gravitational lensing, this created Webb’s first deep field view of incredibly old and distant, faint galaxies.

The presentation occurred at the White House during a preview event with NASA Administrator Bill Nelson.

“It is the deepest image of our universe that has ever been taken,” according to Nelson.

“This slice of the vast universe covers a patch of sky approximately the size of a grain of sand held at arm’s length by someone on the ground,” according to a NASA release.

The image was taken over a period of about 12 hours as the telescope slowly gathered photons of light. To get images as far away as NASA would like — 13 billion light-years — the telescope will have to train its imaging technology for several days at the same point.

The space observatory, which launched in December, will be able to peer inside the atmospheres of exoplanets and observe some of the first galaxies created after the universe began by viewing them through infrared light, which is invisible to the human eye.

The first image release highlights Webb’s science capabilities as well as the ability of its massive golden mirror and science instruments to produce spectacular images.

Ten billion dollars spent on the JSWT is a lot of astronomy. What else could NASA have done with that money? Indeed, what else could the government have done with it?  The James Webb Space Telescope is a magnificent technological achievement, and kudos to NASA for being able to successfully launch and deploy this wondrous machine.

But unlike a lot of new technology, there doesn’t appear to be any prospects for a financial return on this investment. Of course, we can’t really predict that. In the past, all of this “basic research” has eventually paid off in one way or another. But perhaps it’s enough that we get closer to knowing some of the oldest and most compelling mysteries of the universe because of the James Webb Space Telescope and the very human thirst for knowledge it represents.

Truth Social Gets a Bailout