‘DRAIN THE SWAMP ONCE AND FOR ALL’: Crowd Erupts at CPAC as Trump Takes on Deep State 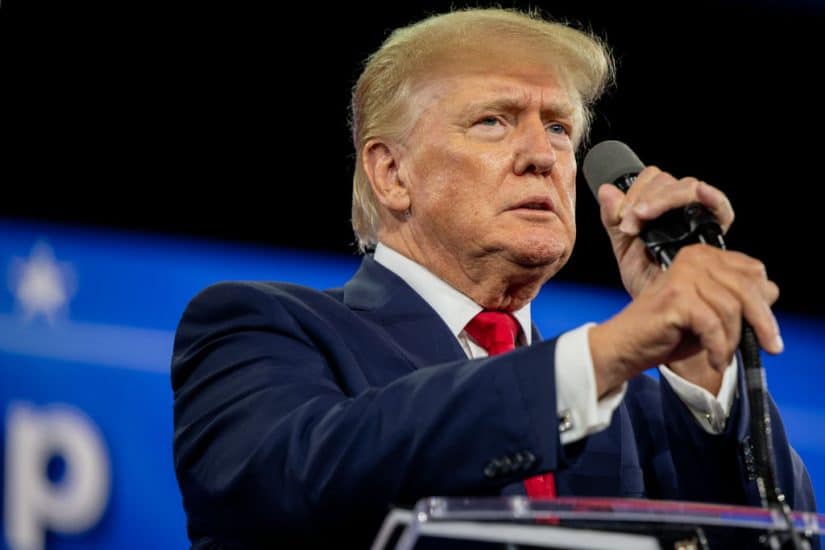 While speaking at the Conservative Political Action Conference (CPAC) in Dallas, Texas over the weekend, former President Donald Trump called on lawmakers to “drain the swamp once and for all.”

“America is on the edge of an abyss and our movement is the only force on earth that can save it,” he said. “What we do in the next few months and the next few years will determine with American civilization will collapse or fail or whether it will triumph and thrive frankly like never before. This is no time for complacency.”

According to Newsweek, Trump said that Republicans must “run aggressive, unrelenting and boldly populist” campaigns. A priority for the next president, he said, will be to “drain the swamp once and for all and remove rogue bureaucrats and root out the Deep State.”

STILL THE MANCHIN: WV Senator Blasts Biden’s Loan Cancellation, ‘There Was a Better Way to Do It’

PROTECTING THE 2ND: Boebert Says ‘I Will Not Vote to Disarm Law-Abiding Citizens’

DO YOU HEAR YOURSELF? MSNBC’s Ari Melber Worries Twitter Can Now ‘Ban One Party’s Candidate’ —Seriously