Dark Brandon, comic-opera dictator, is the big crazy on Insanity Wrap — an entire week’s worth of lefty nuttiness wrapped up in one easy-to-swallow medicated news capsule.

Before we get to Dark Brandon, here’s a short video to make you lose whatever little faith you might still have in humanity.

(Watch the full clip; there’s a little kicker at the very end.)

Dark Brandon Wants This Malarky Rounded Up and Shot

“You’ve got a nice constitutional republic here,” I wrote in a Vercotti Brothers voice. “We wouldn’t want anything to happen to it.”

Except something did happen to it: Barack Obama and, following a four-year interregnum, his pudding-head political progeny, Joe Biden.

Obama quietly weaponized the IRS to help shut down the Tea Party. Biden said “Hold my beer” and is pushing legislation to make the IRS bigger than the “Pentagon, State Department, FBI, and Border Patrol combined.”

As a candidate, Obama adopted a generic “O” symbol that quietly let people know that everything was “Me, Me, Me.”

Biden saw internet socialists’ “Dark Brandon” propaganda memes — complete with actual Nazi imagery! — wiped the whiskey off his mouth, and adopted them as his own.

Obama quietly used the Department of Justice to shield his Administration from legal accountability. Biden took a fourth shot of Cuervo and sent the FBI on a nighttime raid of the private residence of a political rival.

Last night’s raid was only partly about Trump. The other part is about putting the fear of God — of the American Stasi, really — into other Republicans with similar ideas about swamp-draining.

Just like radically increasing the size of the IRS is meant to instill fear into ordinary Americans.

Make no mistake, this is a massive power play by a party that no longer behaves as though they fear ever being out of power again.

And yet I can’t help but laugh.

On the one hand, we have a President sitting atop a multitrillion-dollar government with seemingly boundless and indiscriminate police powers. On the other hand, he can’t put on a sport coat without assistance.

We’re living in the comic-opera version of a wealthy South American nation on the brink of ruin — the only thing missing is a President-for-Life wearing one of those giant sashes.

Maybe Biden just couldn’t figure out how to put it on.

I always run a cute dog video in this spot — something warm and completely non-political.

But I saw this clip and simply had to break with tradition.

Quote(s) of the Week 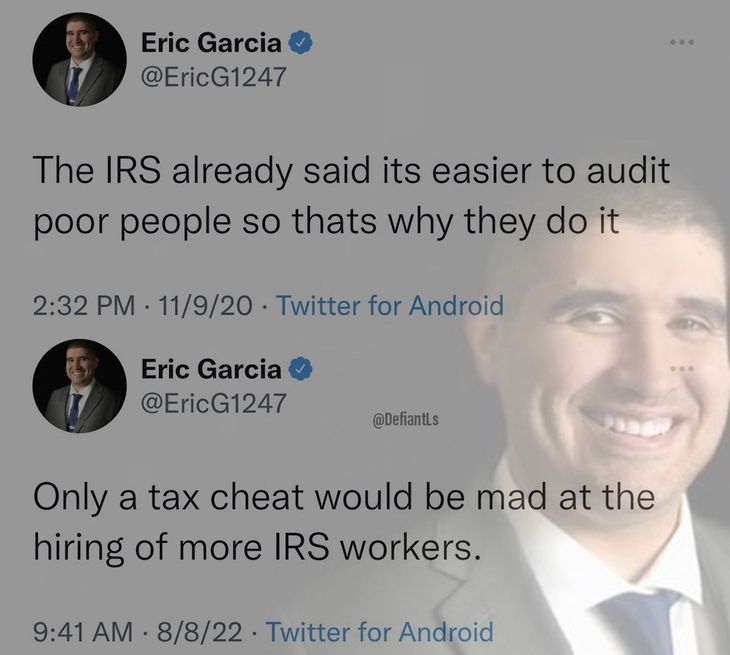 Life moves pretty fast. If you don’t stop and look around once in a while, you could miss totally, publicly contradicting and humiliating yourself.

Your Totally Unexpected Headline of the Week

Major crime continues to surge in NYC, up 36% this year

Remember when Eric Adams ran a tough-on-crime campaign to become mayor? And then he got into office and was suddenly a lot more interested in holding the very wokist media appearances instead of bringing back cash bail and stuff?

Except for the people of NYC:

“The politicians will say ‘Murder is down!’ and ignore everything else,” said Joseph Giacalone, a retired NYPD sergeant and adjunct professor at John Jay College of Criminal Justice in Manhattan.

“Meanwhile, everything else is God awful.”

Here’s a gentle reminder to the people of New York: The last time you elected a Republican, you ended up with a city so nice that it took eight years of Bill de Blasio, an actual plague, hamstrung law enforcement, and a series of uncontested riots to ruin it.

The corporate press is the enemy of the people. MSNBC guest Frank Figliuzzi, a former FBI director, stated that the feds don’t like the term “raid.”

In case you were so crazy that you doubted the fix was in… well, here you go.

Previously On Insanity Wrap: How to Spot a Groomer With This 1 Weird Trick

When I first read — on a conservative site — that there were no actual EVs that qualified for the Democrats’ latest subsidy scheme, I was dubious.

I mean, giving money to people to buy things Democrats approve of? The Left lives for that stuff.

But it turns out, it’s true. I believed it when I read it on The Verge, which is into electric vehicles like I’m into a third Bloody Mary during a news cycle like today’s.

Here are the details about why you can’t get the new RV tax credit:

That’s because most EVs run on lithium-ion batteries that are mostly made in China. The nation has a lock on some 76 percent of the battery market today (the US only represents 8 percent). And to get a deal passed in a deadlocked Senate, Democrats agreed to provisions that would require eligible vehicles to use batteries that are made in North America.

Massive — and dirty — battery factories will magically spring into existence because of a small tax credit, and battery-makers won’t be at all deterred by the high-tax/high-regulation/banana-republic business environment that now dominates from Mexico all the way up through Canada.

“Because subsidies!” or something.

We call this process “magical thinking,” but that’s not quite right. There’s no actual thinking involved at all. 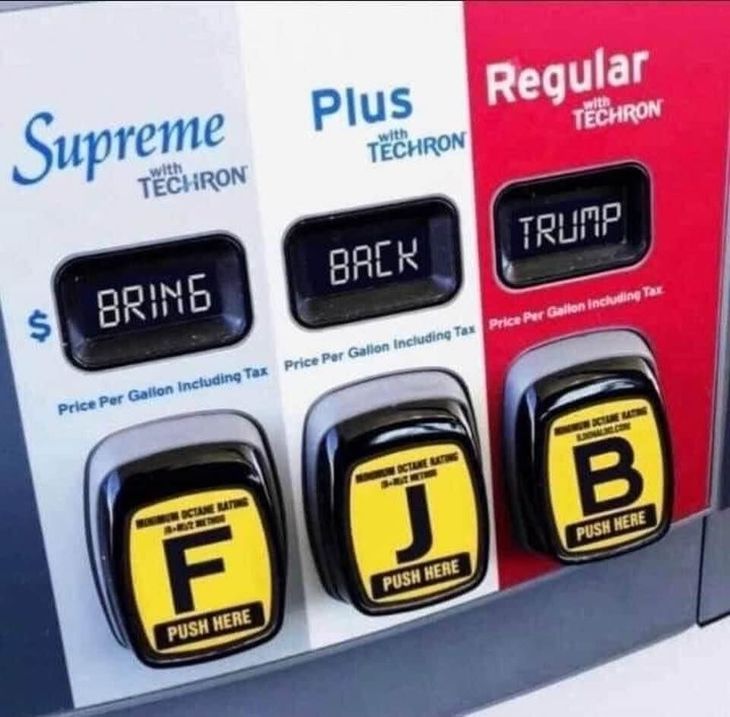 Why Are Thousands of Flights Being Canceled at America's Airports?

The American Republic, the British Monarchy, and the Sense of the Sacred