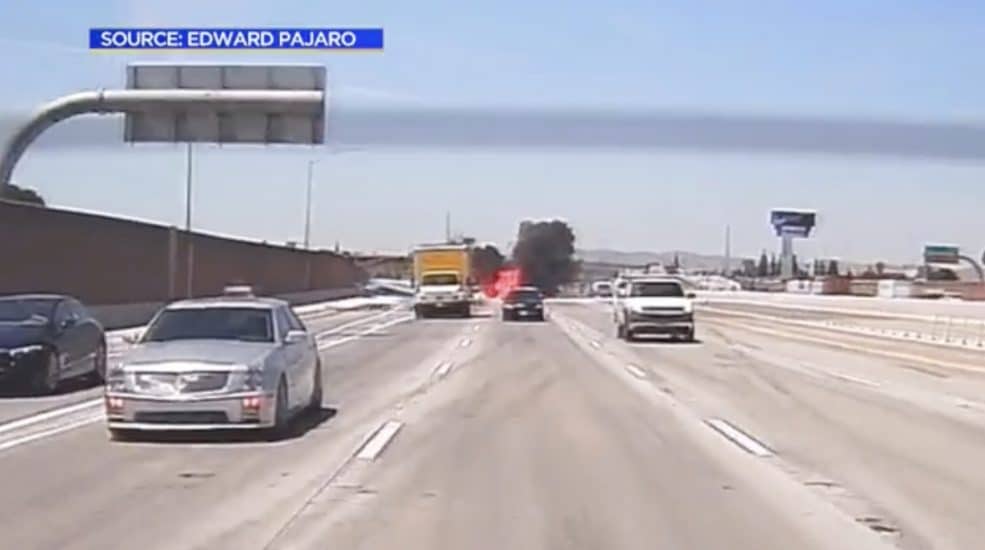 According to a report from The Daily Wire, a single-engine plane crash-landed onto a California freeway, bursting into flames, and, miraculously, no one was injured.

From The Daily Wire:

The two people in the cockpit made it out unharmed after their Piper PA-32 landed between numerous vehicles and slid to the side of the eastbound lane on Freeway 91, 50 miles southeast of Los Angeles. The aircraft hit at least one vehicle and caused a fire on the freeway, which was quickly extinguished by firefighters, according to the Corona Fire Department.

TULSI TRUTH BOMBS: ‘Every Justice Needs to Understand There is Such a Thing as a Woman’