President Trump responded to the Merrick Garland statement on the raid of his home at Mar-a-Lago.

Here’s what he said in the order he said it: 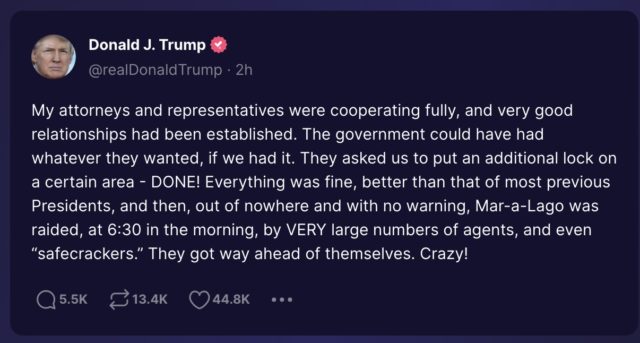 There’s no word yet on Trump’s response to the court on unsealing the warrant. He’s got until 3pm tomorrow to weigh in.

I would fully expect him to call for it to be released, but I guess we’ll see. FLASHBACK: One year ago today Biden LIED to the American people about a horror