The Decision Desk has just called the Wyoming At-large Republican Primary for Harriet Hageman with only 4% of the vote in, putting Liz Cheney out to pasture:

Here’s the results at the time of the call. I expect it to get much worse:

CNN and others haven’t called the race yet, but they will soon enough.

Liz Cheney is done, at least until 2024 when she tries to play spoiler to destroy Trump.

UPDATE: It has gotten much worse… 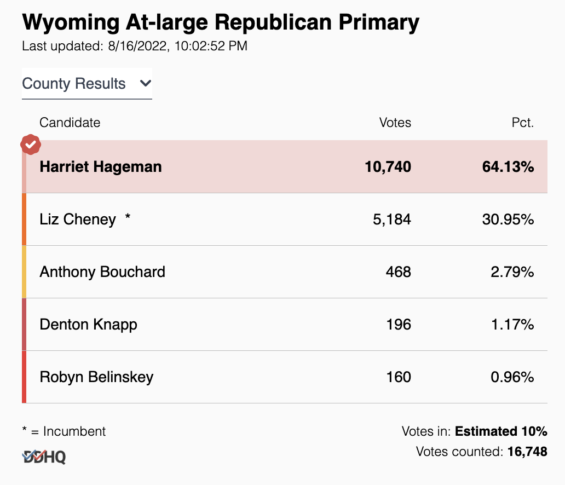 BREAKING: House passes gun control bill and here are the names of the 14 Republicans who voted with them…