Mike Pence to Republicans: Let’s stop threatening federal agents and calling for the FBI to be defunded 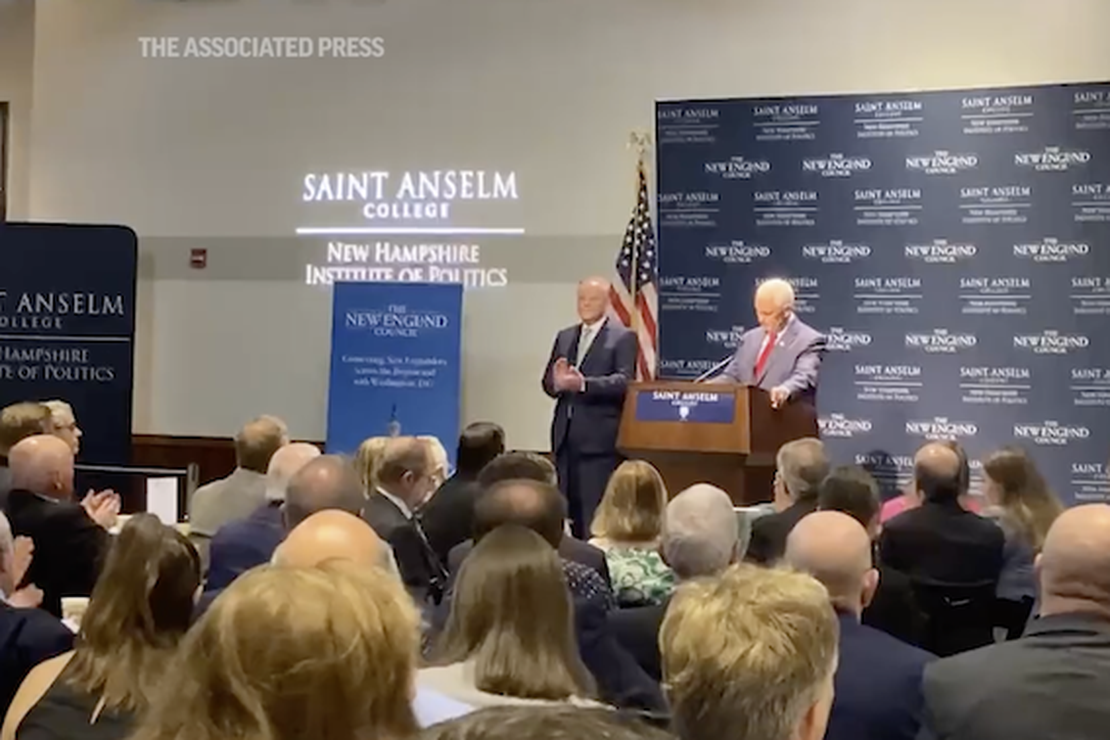 Here’s the second prominent example in less than 24 hours of a Republican doing the right thing at the cost of losing their career.

Although … do we know for a fact that Mike Pence understands that his career is over? Liz Cheney has known it for months; last night merely made it official. But Pence often resembles Bruce Willis in “The Sixth Sense,” a man who’s been dead for awhile and hasn’t figured it out yet.

Maybe the combination of Cheney’s landslide defeat and the GOP rallying around Trump after the search of Mar-a-Lago has at long last convinced him that he should let it rip in opposing MAGA. There’s no sense in him pulling his punches for political advantage in a Trumpified party. He’s never going to be president after perpetrating The Ultimate Betrayal on January 6. Now, maybe, he’s finally come to accept it.

Then again, he gave these remarks in New Hampshire. What’s he doing there?

“Calls to defund the FBI are just as wrong as calls to defund the police.” I’m not sure that’s true, but even if it is, saying so will cost him a few more points in the next 2024 primary poll. And since he’s only polling in the single digits, he doesn’t have many points to spare.

I really do think there’s a chance that Pence is gradually becoming more antagonistic to MAGA. It’s not just that he scolded them today for threatening the FBI or that he’s been campaigning for establishment candidates against Trump’s picks in GOP primaries. It’s that, for the first time to my knowledge, he suddenly sounds open to testifying before Cheney’s January 6 committee:

Pence also indicated Wednesday that he would “consider” testifying before the Jan. 6 select committee, “if there was an invitation to participate,” but added that it would be “unprecedented.”

“You’ve heard me mention the Constitution a few times this morning. [Through] the Constitution, we have three co-equal branches of government and any invitation that would be directed to me, I would have to reflect on that,” he said.

“It would be unprecedented in history for a vice president to be summoned to testify on Capitol Hill … But as I said, I don’t want to prejudge. If ever any formal invitation [is] rendered to us, we’d give it due consideration.”

I’m reasonably sure you have an open invite from the committee to drop by, Mike. Especially now that Cheney has sacrificed her career to pursue her work on January 6. Convincing Trump’s own VP to testify against him would make the sacrifice that much more worth it.

Pence isn’t the only presidential aspirant who’s trying to navigate the politics of the Mar-a-Lago search. Ron DeSantis is also feeling his way forward, on the one hand channeling the base’s grievances while on the other trying not to boost Trump too much. He criticized the raid at an event in Arizona this past weekend, accusing the FBI of “targeting people who go against the regime” while never actually mentioning Trump by name. He’s tried to walk the tightrope on election trutherism in the same way, never saying explicitly that he believes the 2020 election was stolen when asked but also stumping for election truthers like Kari Lake and Doug Mastriano to signal to MAGA fans that he’s onboard.

He’s been on that tightrope for a long time, trying to preserve his “electability” advantage over Trump by staying on the right side of swing voters while doing what he can to pander to populists. For instance, he’s never flatly questioned whether the COVID vaccines work but most of the passion he displayed on the subject last year was channeled into anger at public and private vaccine mandates. The last two years have been an endless highwire act for him and so far he’s pulled it off.

But for how much longer? Here’s David Frum writing about the Mar-a-Lago search:

If anything, the latest Trump scandal has strengthened Trump’s hold, not only on his core support, but on the broader GOP.

A friend tightly connected to major GOP donors wrote me over the weekend about this.

“Maybe that doesn’t hold, but maybe it shockingly does. I don’t see in fact how anyone other than Lynne Cheney can even announce against Trump much less defeat him. It’s just pointless. Unless all charges are dropped, in which case Trump looks vindicated.”

… because DeSantis has to keep alive the likelihood that he may be competing for position as Trump’s running mate in 2024 rather than the nominee. I am sure DeSantis hates that reality, but he is already accommodating to it – as are, apparently, the DeSantis mega-donors.

There isn’t much DeSantis can do in the near term to solve his problem. All he can do is pass the new party litmus test by complaining about Biden’s “regime,” keep working towards a blowout margin of victory in his gubernatorial race, and hope that events catch up to Trump. If a bunch of Trump’s handpicked Senate candidates go bust in November, which is an increasingly realistic possibility, DeSantis’s comparative electability will look even better to Republican voters.

If anything, he should be grateful that he has the gubernatorial race to provide him an excuse to duck presidential politics while the Mar-a-Lago story is front and center. If he had already declared his presidential candidacy, he’d be in a terrible bind right now in deciding to what extent he should try to use Trump’s legal troubles to his own advantage among voters. (Assuming such a thing can successfully be done in a cultish party.) As it is, he can just check the box by denouncing the search, remind everyone that he’s focused on running for governor, and bide his time to see how the standoff between Trump and the DOJ plays out. Maybe things will look brighter for his 2024 hopes next year. And if not, there’s always the vice presidency!

Exit question: What would Vice President DeSantis have done in Mike Pence’s shoes on January 6? Maybe someone should ask him.