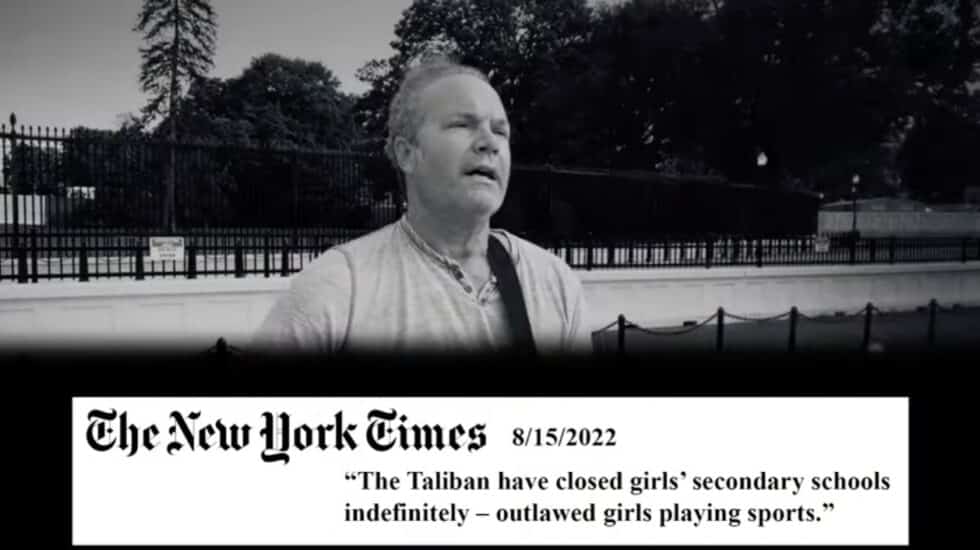 Grammy-nominated Five For Fighting’s John Ondrasik drops a new docu-music video today marking the one-year anniversary of the U.S.’s withdrawal from Afghanistan, and his viral anthem song and video for “Blood On My Hands.”  The video is a current statement about what has transpired over the past year and its devastation since the U.S. pulled out.

Check out the anniversary docu-video for “Blood On My Hands” above.

Says Ondrasik: “One year after our withdrawal from Afghanistan the consequences are catastrophic and devastating. Over 70,000 SIV holders and their families are still being hunted by the Taliban. Women’s rights have been decimated while girls over 16 cannot attend school. Afghans face mass starvation and the national security fallout feared by many is coming to fruition. Perhaps the most egregious fact is that no member of the Joint Chiefs, Advising Generals, DOD appointees, Intelligence officers, or State Department officials, including the Secretary of State, have resigned or been terminated due to the American withdrawal from Afghanistan.  On this one-year anniversary the moral stain that is the aftermath of our withdrawal will creep into the news for a few days and then fade into the ether, but the blood on our hands will remain.”