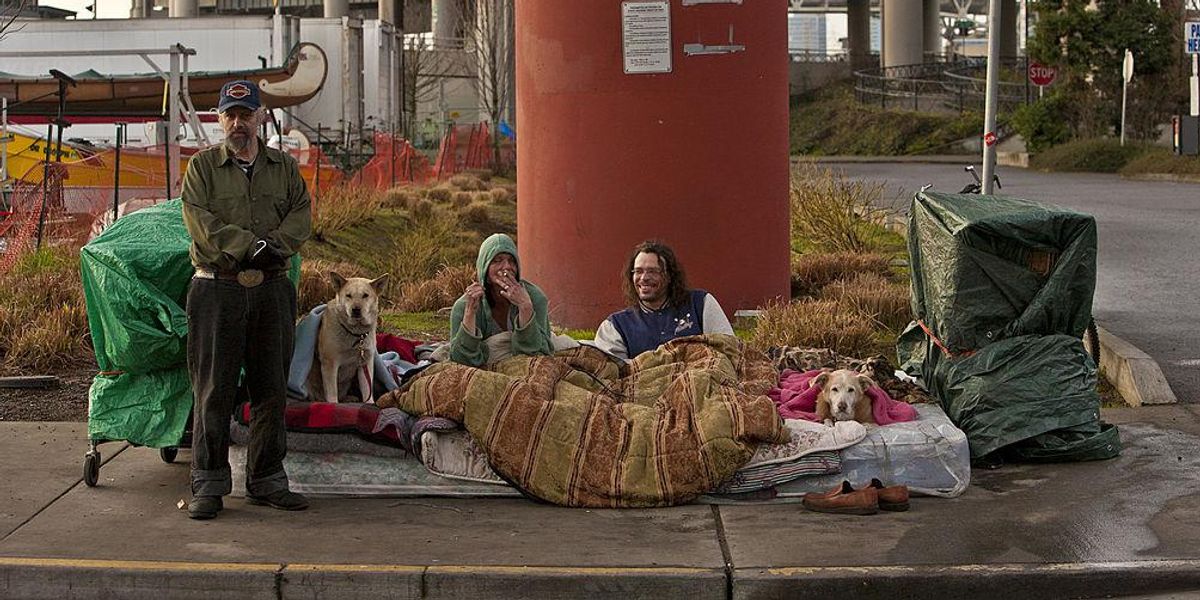 On Tuesday, 10 Portland residents with disabilities sued the city for allowing homeless encampments to block sidewalks and walkways. The lawsuit alleged that the city of Portland violated the Americans with Disabilities Act by failing to remove tents from public walkways.

The residents requested that Portland remove the encampments from sidewalks and provide shelter for the homeless individuals who were forced to leave.

They stated in the lawsuit that the tents and personal items prevent people with disabilities from accessing public transportation, restaurants, and stores.

The case noted that approximately 13% of Portland residents have disabilities. The residents requested that the judge certify the case as a class-action lawsuit on behalf of all Portland citizens with disabilities.

“While political pressure has mounted on city officials to address these issues, competing political headwinds and countervailing forces have prevented the city from acting,” the lawsuit said. The residents accused city officials of taking minimal action to keep the sidewalks clear and safe.

Photographs of the homeless encampments were included with the case. The photos featured blocked sidewalks in several areas of Portland, including Old Town, the Pearl District, the Lloyd District, and the Central Eastside Industrial District.

The Oregonian noted that many of the areas shown in the photos have since been cleaned up. The news outlet reported that, despite the removal of some homeless encampments in Portland, many others have since been built in different areas.

Even though the city has banned camping along 21% of roads and sidewalks, it has failed to enforce the rule consistently. This year, Mayor Ted Wheeler has prioritized increasing law enforcement sweeps of the city to crack down on homeless encampments.

The residents addressed the concern that when police drive the homeless away from one city block, the displaced individuals inevitably move to another. According to their lawsuit, this action creates an endless cycle that can only be solved with proper resources. The residents requested that the city prioritize finding a permanent solution to housing the homeless residents of Portland.

Multnomah County, which includes Portland, has an estimated 5,228 homeless people. Only 42% of those individuals are housed in temporary shelters, while the rest reside on the city streets.

City officials told the Oregonian they were not allowed to comment on pending lawsuits.