Arkansas gubernatorial candidate Sarah Huckabee Sanders just revealed today that she found out she had Thyroid cancer earlier this month.

Since then she went through a successful surgery now she says she is cancer free.

Her doctor also released a statement about her health: 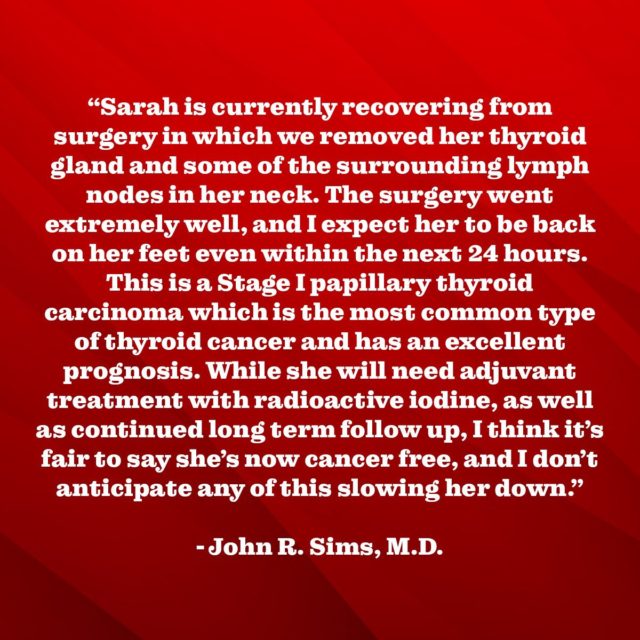 This is really great news for Sanders and I’m glad she was able to get rid of the cancer as quickly as she did. Now she can now get back on the campaign trail and resume her life.

With any luck, I’ll be able to say the same thing when I have surgery in December.

Biden putting migrants in greater danger than they’ve ever been, says Griff Jenkins in brutal report with RECEIPTS