They thanked DeSantis and wanted to stay in Martha’s Vineyard…

MSNBC REPORTER: “I can tell you, they’re not angry at Ron DeSantis. They are actually thanking him for having brought them to Martha’s Vineyard.”

Hugs for everyone, now get the hell out…

They handed out hot cocoa, laid out 50 cots, fraternized with mainstream media pundits they only see on the TV, and gave the warmest hugs to the downtrodden before bussing Alejandro and Co. the hell off the island. pic.twitter.com/67afhzD6xN

Liberal Martha’s Vineyard residents kicking out the 50 illegal migrants out of their liberal island pic.twitter.com/iKl4ELj3nb 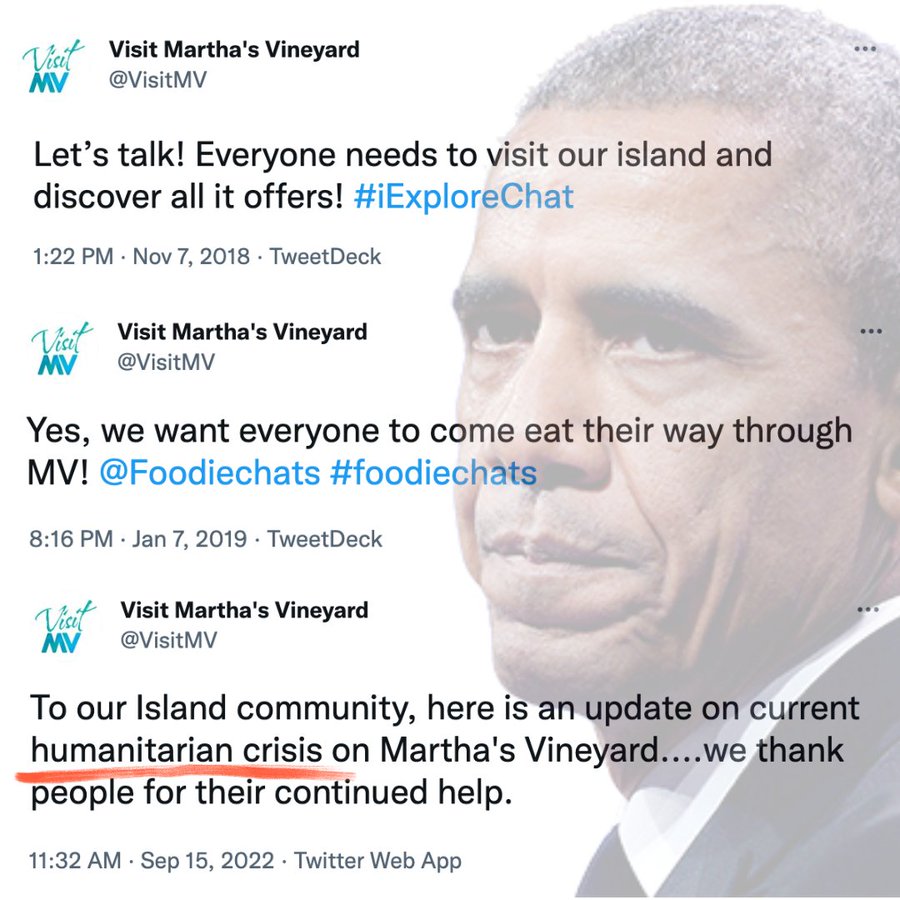 Inside high-stakes negotiations between Mitch McConnell and Peter Thiel…

The Death of Bush and Cheney…

The word ‘Squaw’ has now been banned…