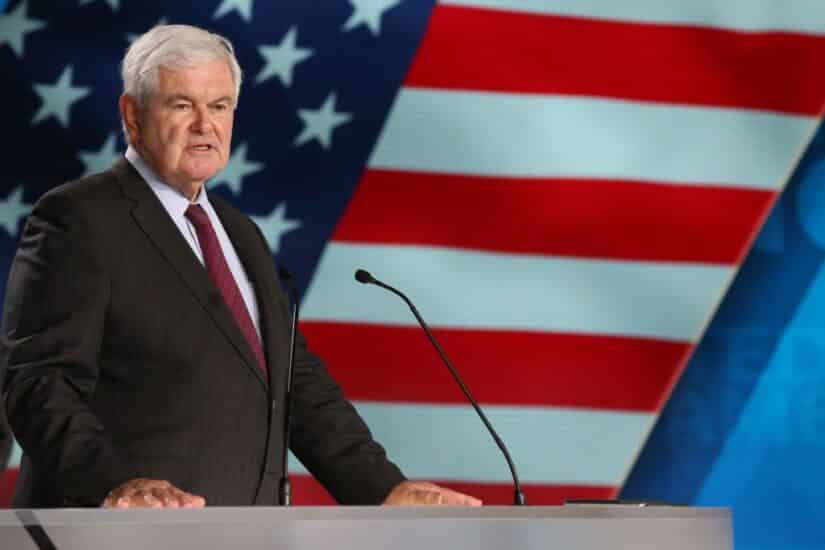 Former Speaker of the House Newt Gingrich spoke with Fox & Friends Monday morning about the upcoming election; Gingrich says Biden is “deluded” and “living in a fantasy world” when he talks about economic progress and the state of the country —and Gingrich thinks Americans will remember on election day.

Video above. Excerpt below.

NEWT GINGRICH: It’s just a question of on Election Day or nowadays, since we vote for a whole month on election month, when somebody goes in to vote, do they remember the last time they went to the grocery store? Do you remember the last time they filled up their car? I paid $5.05 a gallon on Saturday, and Biden the other day was totally false in claiming the price of gasoline. He used a number that doesn’t exist and has not existed anywhere in America since he’s been president. So you have to assume the White House is deluded and sitting around in a fantasy world. But I think as real Americans face crime in the street, they face prices at the gas station, prices at the grocery store, and they’re going to start facing layoffs as the Federal Reserve keeps raising interest rates. I just think in the end, they go in and say, this ain’t working, and they vote against the Democrats and that means they vote Republican.

THE GIFT OF GAB: ‘We’re Going to Raise Our Kids —Not the Government’

‘BUILD BACK BETTER IN DRAG’: GOP Voices React to the ‘Inflation Reduction Act of 2022’