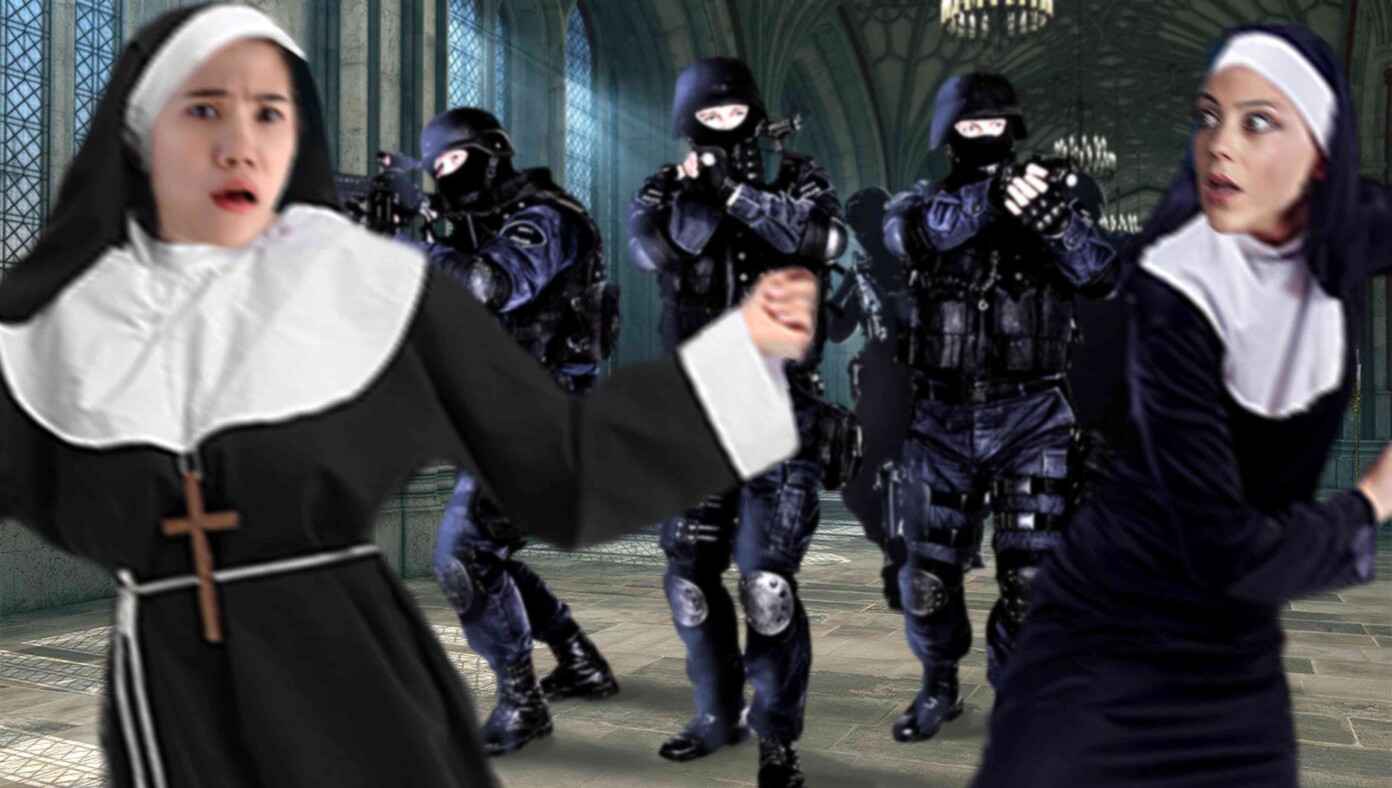 BOSTON, MA — Chaos erupted at a local convent yesterday as a team of FBI agents aggressively stormed the building in the early morning hours. Sources say they had received multiple reports of it being a gathering place for a large group of dangerous, right-wing, pro-life extremists.

“We have been surveilling this terrorist organization’s hideout for several weeks and simply felt it was far too dangerous to allow them to continue meeting,” said Special Agent Josh Christophersen, who led the raid. “Allowing these types of devious extremist groups to fester is just too great of a risk.”

The FBI strike team, wearing tactical gear and carrying automatic weapons, used flash-bang grenades and tear gas to breach the doors of the convent before shouting orders and violently wrestling the building’s occupants to the ground. As the dust settled, it quickly became evident that this anti-abortion, conservative hate group was, in fact, the gathering of elderly catholic nuns who live at the convent.

Though questions were being raised about the use of excessive force against a group of old ladies, the FBI was quick to defend itself and its mission. “What do you want us to do? Let these dangerous people keep plotting to overthrow our democracy?” said FBI spokesperson Judah Powers at a press conference following the raid. “These people don’t believe women should be allowed to dismember and murder their own babies. The next thing you know, they’ll be disagreeing with performing gender reassignment surgeries on grade schoolers.”

At publishing time, the FBI was rumored to be planning more raids against other treacherous organizations, including church youth camps and adoption agencies, vowing to continue defending the country from dangerous domestic extremism.

Revealed: What Your Morning Beverage Says About Your Politics

D.C. Politicians On Edge As CDC Announces Arrival Of Lizardpox