“Old Man Yells at Cloud” is Biden’s way of tackling inflation. That’s the big crazy on Insanity Wrap — an entire week’s worth of lefty nuttiness wrapped up in one easy-to-swallow medicated news capsule.

What happens when an “adult” member of Generation Snowflake — whose wardrobe comes complete with a child’s backpack — gets gently called out for cutting in the self-checkout line?

Caution: Lots of bad words. But she’s shrieking so badly that you’ll have trouble telling what they are.

this shit really happened to me because i asked a woman if she somehow didn’t see the line of people she just cut at the register pic.twitter.com/pdlF68qHvt

Remember when Bidenflation really took hold and gas shot up to five bucks a gallon, so Presidentish Joe Biden went on a tear against gas station owners? You know, instead of reversing course on his War Against Domestic Energy Production?

Then the global economy slumped enough to reduce the demand for oil, and — voila! — prices started coming down again.

It’s almost as if there’s some law describing the relationship between price and demand.

We have a problem we can literally drill (and frack) our way out of, but Biden’s message is: “Frack those mom & pop gas station owners!”

Last week, gas prices stopped dropping. In fact, they started going up again — just like inflation in every other sector of the economy. Because even a global slump can only suck the wind out of so much inflation.

Like clockwork, and because there’s room in his senescent brain for only one script at a time, Biden attacked gas station owners again —1` even though they typically make maybe a 2% return on gas sales. They’re really counting on you to come inside and buy a soda and some jerky to keep them in business.

Only Washington can cause inflation and does it by printing money faster than the economic productivity grows.

In Biden’s case, much faster.

Electric car, anyone? No? Buy one anyway, Jack. It’s good for the planet.

It might also be that Biden just doesn’t understand what inflation is. Watch this clip from a couple of days ago:

He sounds more clueless than my grandparents back in 1996 trying to explain their AOL login problems to me.

There’s a silver lining in that cloud, believe it or not. The more people see of Biden’s “Old Man Yells at Cloud” routine, the less likely they’ll be to vote for more Democrats.

Previously On Insanity Wrap: ‘Beyond Meat’ Exec Tastes the OTHER Other White Meat

To brighten your day pic.twitter.com/ghGvmMlwJ5

Los Angeles Police Department (LAPD) Chief Michel Moore reported Sept. 20 a “troubling” 52 percent increase in robberies with a firearm compared to 2019. Robberies overall are up 17 percent compared to the same time last year, according to the LAPD.

Rudy Giuliani taught us this in the ’90s, but some just don’t care.

NYU professor and leading social psychologist Jonathan Haidt has resigned from the Society for Personality and Social Psychology due to the new requirement that members must include Diversity, Equity, and Inclusion (DEI) and anti-racism commitments if they want to present research at any conference. It is the latest mandatory statement for academics as a threshold requirement for academics and Haidt has refused in what could be a major confrontation to this field.

Quote(s) of the Week 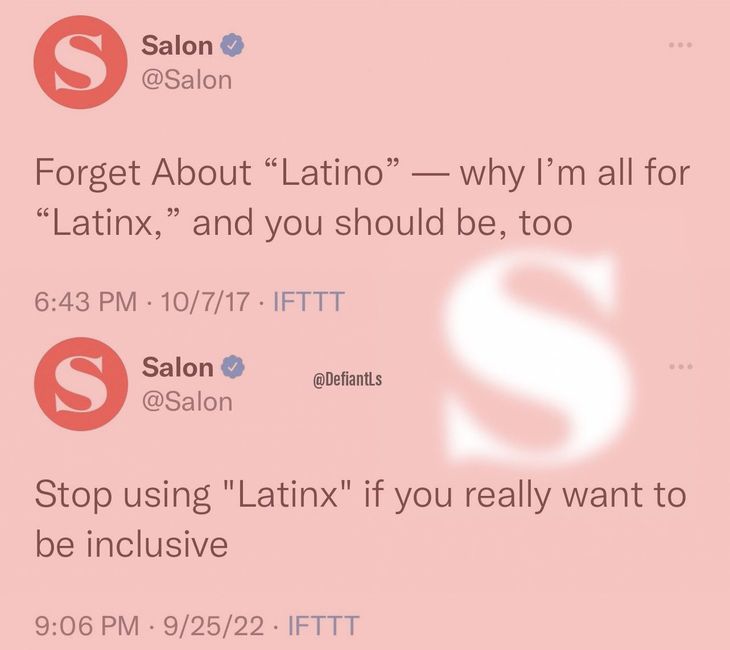 Life moves pretty fast. If you don’t stop and look around once in a while, you could miss totally, publicly contradicting and humiliating yourself.

More seriously, what changed between 2017 and 2022? Hispanics started trending Right.

Your Weekly Dose of Celebrity Nonsense

Please tell me I’m wrong to worry and that Oz is not going to lose to this brain-damaged Commie.

Recommended: Now the Commies Want to Abolish Your Kitchen

OK, who did this?