Occupy Democrats occupying some sketchy spending, handsomely compensated for it

Playing out over Twitter yesterday, I found this very interesting, and have been waiting for a better money sleuth than I to dig through. A couple have stepped forward to parse the numbers.

What they are is a snarky, hateful little bunch of authoritarian trolls. An example: 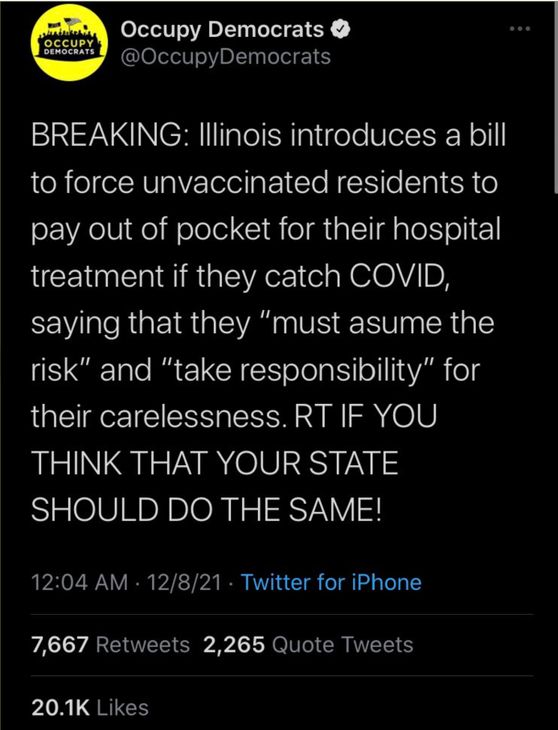 But Omar and his brother have amassed quite a loyal following of similarly charitable and rational Leftists, who also pony over funds to help further their chosen pet projects. They are good at raising money.

According to what another really liberal fellow on Twitter figured out after rooting through their financial filings on Open Secrets, they’re really good at keeping it in-house, too.

They contributed $0 to federal candidates.

And they spent $577k on ‘Fundraising Consultants’.

Not a penny to any federal candidate? How odd, when the very PAC name itself implies it’s an election “fund” for just that purpose. 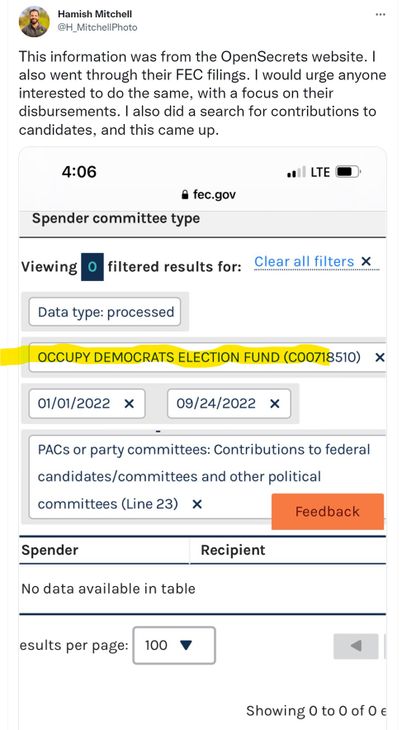 Humpf. Where’d the money go, and don’t we seem to ask that a bunch around Democratic activist groups? Let’s see. Oh, lookee here! A fair chunk of change went to – take a wild guess, come on – brother and co-founder Rafael Rivero! 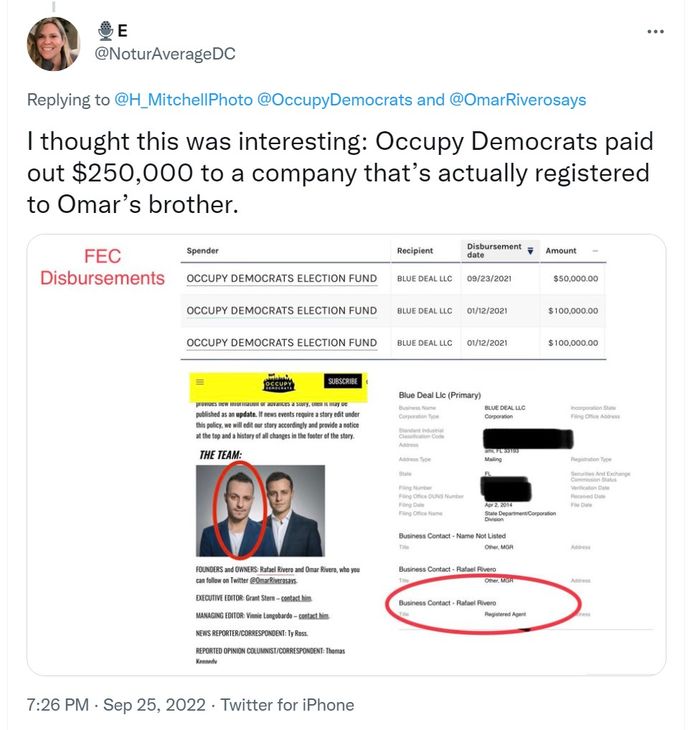 Cha-CHING! Isn’t that grand? Lachlan Markay pointed out that Rivero, in denying anything amiss, actually misspoke about his own Occupy Democrats Election Fund PAC’s structure.

The guy who runs Occupy Democrats is apparently unfamiliar with his own group’s legal structure. It’s a hybrid pac, which, unlike a super pac, maintains a segregated bank account from which it can contribute directly to candidates https://t.co/j4S1pRzhTs

A commenter posits that a constantly changing “custodian of records” roster might make it difficult for Rivera to know who’s on first, or plausibly deniable, too. Does he want to know? I dug through a couple of pages of their FEC filings myself and noticed the same thing another girl did. The only, only expenditures to a candidate’s principle election committee…open up to an entirely different recipient. 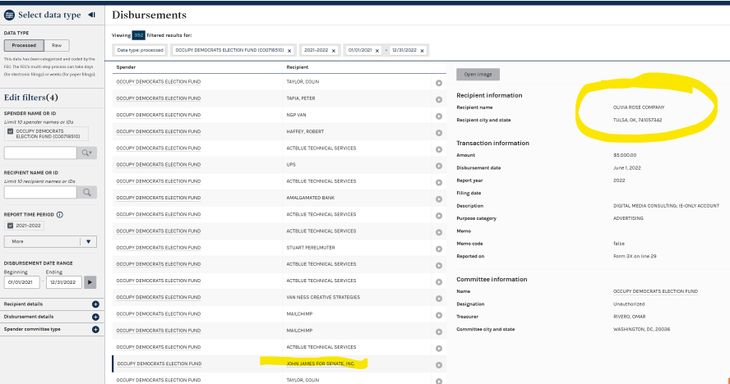 There’s a new-age graphic designer by that name in Tulsa – is that who they’re paying $5000 a whack to in the name of the “John James” campaign? I can’t begin to say. But of all the John James expenditures listed so far, none go to the campaign.

At any rate, the increased scrutiny has Rivero tap dancing, blocking people, and earnestly claiming that money went to yet another shell game (although he needs to synch timelines before tweeting )…

Omar says Occupy Democrats gives money to Blue Deal LLC (owned by him & his brother) & redirect that money to a “rebel alliance” of Facebook meme pages. He says it “started back up again two weeks ago” (when did it start?) but they rcvd $250K LAST YEAR. https://t.co/1QBHtT1Pa0 pic.twitter.com/xFU7gNXqxG

…while offering up the saddest, griftiest explanation of what the latest project they need the funding for is. 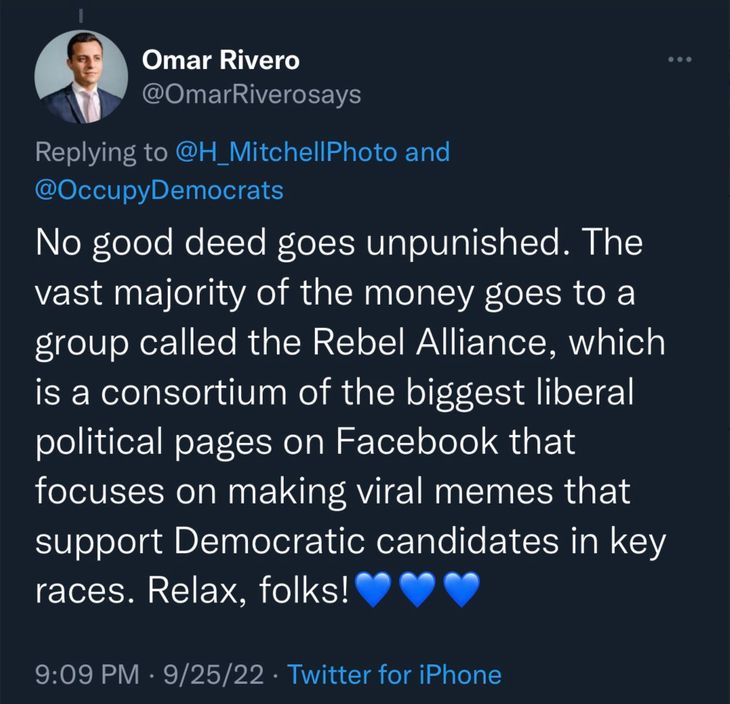 All I can hear in my head is the Duke of Exeter in Branaugh’s Henry V, as Henry asks him what the puerile Dauphin of France has sent in the box. With utter disgust, he answers, 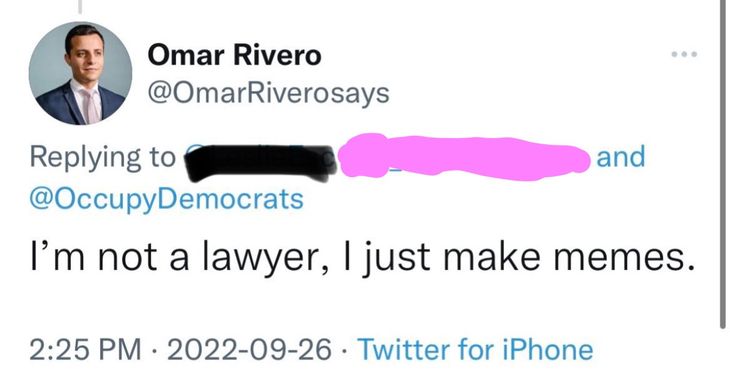 Memes, my friends. Rivero needs all that money for the memes.

Mass Gov offering jobs back to many fired under vax mandate