Rise of the “far right?” No 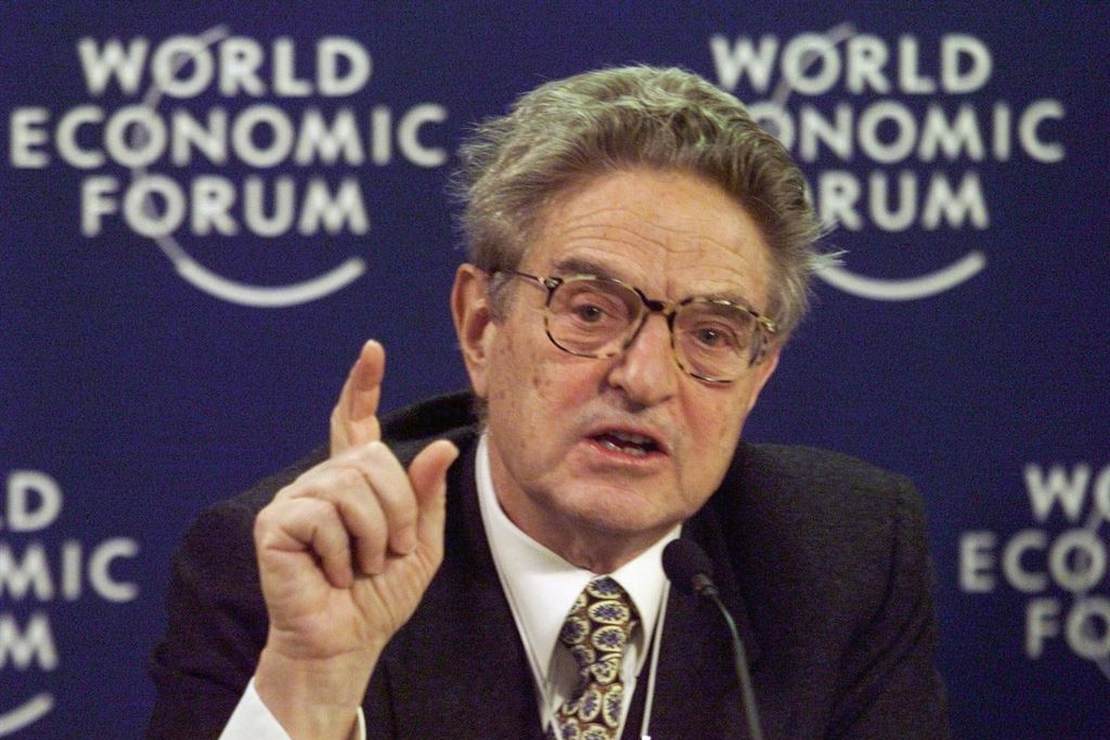 The establishment is having yet another freakout about the plebeians getting too uppity.

Far too many politicians who have never been invited to Davos to hobnob at the World Economic Forum are getting elected. What was once an anomaly–say, the election of Donald Trump–has become commonplace.

The latest example is the election of Giorgia Meloni in Italy, but before that there was the conservative victory in Sweden (Sweden!!). Eastern Europe has leadership that is far too traditional for their liking, and of course in the United States the Republican Party has jettisoned the Romney- and McCain-type candidates who gracefully lose, and instead embraced more aggressive and winning candidates such as Ron DeSantis.

The elite saw Donald Trump as an existential threat and went nuclear on him, barely defeating him by hook and by crook in 2020. They expended nearly all their ammunition on him, and despite this fact recent polling shows that a wounded Trump would still beat Joe Biden in a head-to-head matchup today. The power of the elite is slipping, but it has little to do with the electorate getting a taste for Mussolini-type politicians.

In light of this shift in the political winds Politico published a think piece on how “far right” candidates have become acceptable and even powerful. They of course view this as a disturbing trend–hence the term “far-right.”

“Everywhere in Europe, people aspire to take their destiny back into their own hands!” said Marine Le Pen, the leader of France’s far-right National Rally Party.

But if you think there is a new wave of right-wing radicalism sweeping Europe, you’d be wrong. Something else is going on.

Analysis by POLITICO’s Poll of Polls suggests far-right parties in the region on average did not increase their support by even one percentage point between the start of Russia’s invasion in Ukraine in February and today.

I’m not sure why they see the start of the Ukraine war as a potential spur to the expansion of conservative popularity. I suppose it has something to do with the elite assumption that the Right in the West is filled with Putin puppets.

I have never understood why the Left/establishment folks think that Putin is seen as a hero by anybody outside Russia. Is it because he fits some model of a strongman, and they assume that the only reason somebody wouldn’t flock to the Davos crowd is that we desire leaders who ride horses shirtless? Are they really that shallow?

The rightward shift in electorates in the West is driven by much more fundamental reasons: the internationalist Left seems determined to sacrifice average voters on the alter of some dystopian vision of the future where we all own nothing and eat crickets. When leaders are shutting down farms because they are limiting fertilizer use, they should expect people to object.

Somehow they don’t expect the objections, and are repelled when it happens. Uppity peasants!

Overall, the results [of polls] indicate that if an increase in support occurred for far-right parties, it happened several years ago.

The Sweden Democrats’ first surge happened after the 2014 election, when the party grew from around 10 percent to 20 percent, the same one-fifth share of the vote they received in this year’s election. The far-right Alternative for Germany AfD in Germany grew fast in 2015 and 2016 reaching 14 percent in POLITICO’s polling tracker. In Italy, the Northern League overtook Forza Italia for the first time in early 2015, and peaked in 2019 at 37 percent before starting a downward trend ending on 9 percent in last month’s election. In the Italian election, voters mostly switched between rival right-wing camps.

The far-right has moved from the fringes of politics into the mainstream, not only influencing the political center but also entering the arena of power.

These parties are not far right–and certainly not far right in the way that parties of the mid-20th century were. If there are fascists in Italy, and I assume there still must be–they are hardly marching at the front of any political parade. “Far-right” is a scare word for anybody to the Left of Biden or Macron, not a precise term describing a genuine ideology.

The modern right-wing European parties do have a populist appeal, and that is what the elites are actually scared of. The “rightward” shift is not the result of a surging popularity of authoritarianism; it is actually the opposite. Voters in Western countries are tired of getting bossed around by elites whom they know beyond doubt care nothing for them.

The surge in migrants has been disastrous for average people. Crime has skyrocketed. Social cohesion has plummeted. National identity is dissolving–and that is clearly a goal of the people in charge. The ideas of the family, of free thought, and religion are being derided. The identity and quality of life of average folks are under attack by their own leaders.

It is no wonder that voters are rebelling. Repeating mantras such as “diversity is our strength” has diminishing value when the “diverse” are rightly seen as responsible for increasing crime and reasonable fears about the future direction of their countries.

This may risk destabilizing Europe even more than winning a couple of percentage points in the polls.

The Right is not destabilizing Europe. Look at what has happened in Europe under the current Davos-style regime. The elite laughed at Trump when he warned about energy dependence upon Russia and the threat of uncontrolled immigration, yet Trump was right and the Europeanists have set Europe up for several disastrous years. An energy crisis the elite consciously engineered could collapse Europe’s standard of living.

In Sweden, the center-right party has started coalition talks for a minority government which would have to draw on opposition support, most likely from the far-right Swedish Democrats. Far-right parties have also entered governments in Austria, Finland, Estonia and Italy. Other countries are likely to follow.

Spain heads to the ballot box next year and socialist Prime Minister Pedro Sánchez may have a tough time winning re-election. The conservative People’s Party is between five and seven points ahead of the Spanish socialists in all the published polls, but it is unlikely to garner enough votes to secure a governing majority outright.

That means it may have to come to an agreement with far-right party Vox, whose leader, Santiago Abascal, is an ally of Meloni’s. While the People’s Party previously refused to govern with Vox, last spring its newly elected leader, Alberto Núnez-Feijóo, greenlit a coalition agreement with the ultranationalist group in Spain’s central Castilla y León region.

Tom Van Grieken, the right-wing Belgian politician, also pointed to Spain as the next likely example, especially because of the possible cooperation with the PP. “All over Europe, we see conservative parties who are considering breaking the cordon sanitaire,” he said, referring to the refusal of other parties to work with the far-right. “They are tired of compromising with their ideological counterparts, the parties at the left end of the spectrum.”

This didn’t happen overnight. The far-right worked hard to shrug off their extremist, neo-Nazi image.

The neo-Nazi image, at least in recent years, has been a complete invention by the Davos crowd. They succeeded in painting the Right as extremists for the same reason Trump was demonized in the US–unanimity in the messaging of the elites in politics and the media. But as the elites have discredited themselves the conservative parties have been able to make their pitch unfiltered by the media, and that pitch resonates with people who feel abandoned.

They feel abandoned because they have been abandoned.

Overt racism is taboo. Instead, the rhetoric changes to criticizing an open-door migration policy. By carefully catering to centrist voters, the far-right aims for a bigger slice of the cake, while still riding on the anti-establishment discontent.

“There is a clear fault line between the winners of globalization and the nationalists,” Van Grieken told POLITICO. “This comes on top on the concerns about mass migration, whether it’s in Malmö, Rome or other European cities.”

The problem the Davos elite face is twofold: 1) they have lost credibility because their policies have led to disaster; and 2) their opponents are not the ogres they were made out to be.

In Europe, as in the US, people are waking up to the fact that they have been sold out. The people running things are transnationalists who see themselves reflected far more by economic and cultural elites in other countries than they do in the people they drive by in their Mercedes every day. The elite sold themselves as technocrats who could eliminate war, bring prosperity, and ensure social benefits to the common folks. They failed to deliver.

Now it just looks like the Davos crowd were in it for themselves. They fly in private planes to meetings where they discuss how to cut our carbon emissions. They eat foie gras while promoting the idea that we should eat bugs. They open borders and then insult citizens who see their cities deteriorate and their quality of life suffer. And as people raise their voices to object, they work to create what amounts to a social credit system where what we say is monitored, censored, and if we don’t shut up they threaten to cut off our access to financial services.

There isn’t some surge in far-right politics. There is a reaction against a corrupt elite who have sold us down the river.

Gavin Newsom gets something right on energy

China has police operating in Australia, the U.S. and many other countries