‘THIS IS NOT GOOD NEWS’: MSDNC Paints a Grim Picture for Dems’ Midterm Hopes 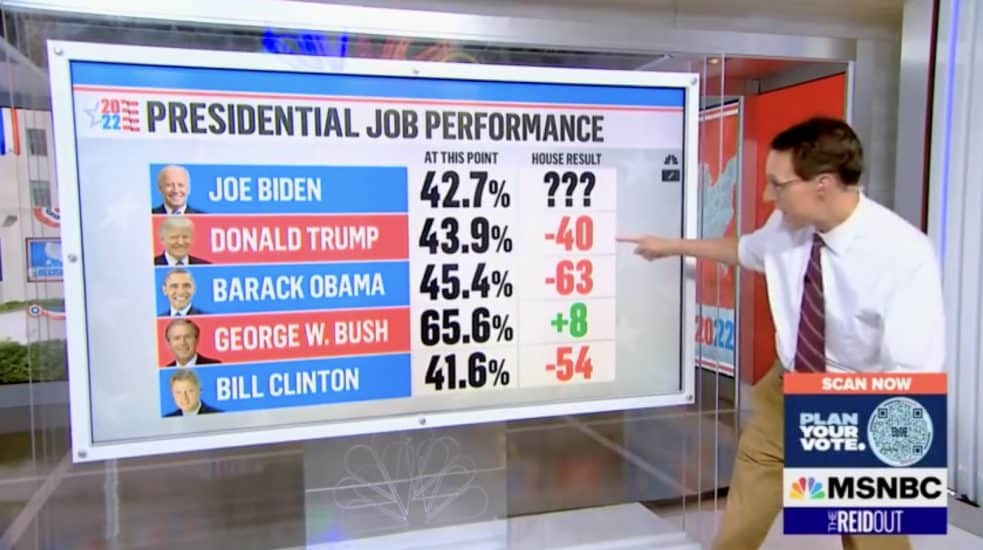 The folks over at MSDNC are having a hard time spinning any good news for failing President Biden. During Tuesday’s episode of The ReidOut, political commentator Steve Kornacki outlined how President Joe Biden’s approval rating could deliver devastating election results for Democrats.

“First the big picture indicator, we always say the president’s job approval rating, usually the most reliable indicator of how midterms are going to go. For Democrats, not good news. Joe Biden’s approval rating is 42.7%,” Kornacki told host Joy Reid. “Put that in perspective with modern presidents in their first midterm. Biden’s right at the same level that Trump, Obama, and Bill Clinton were in what were brutal midterms for them.”

SHUT DOWN —OFFICIALLY: Disinformation Governance Board Officially Shut Down After ‘Pause’ in May