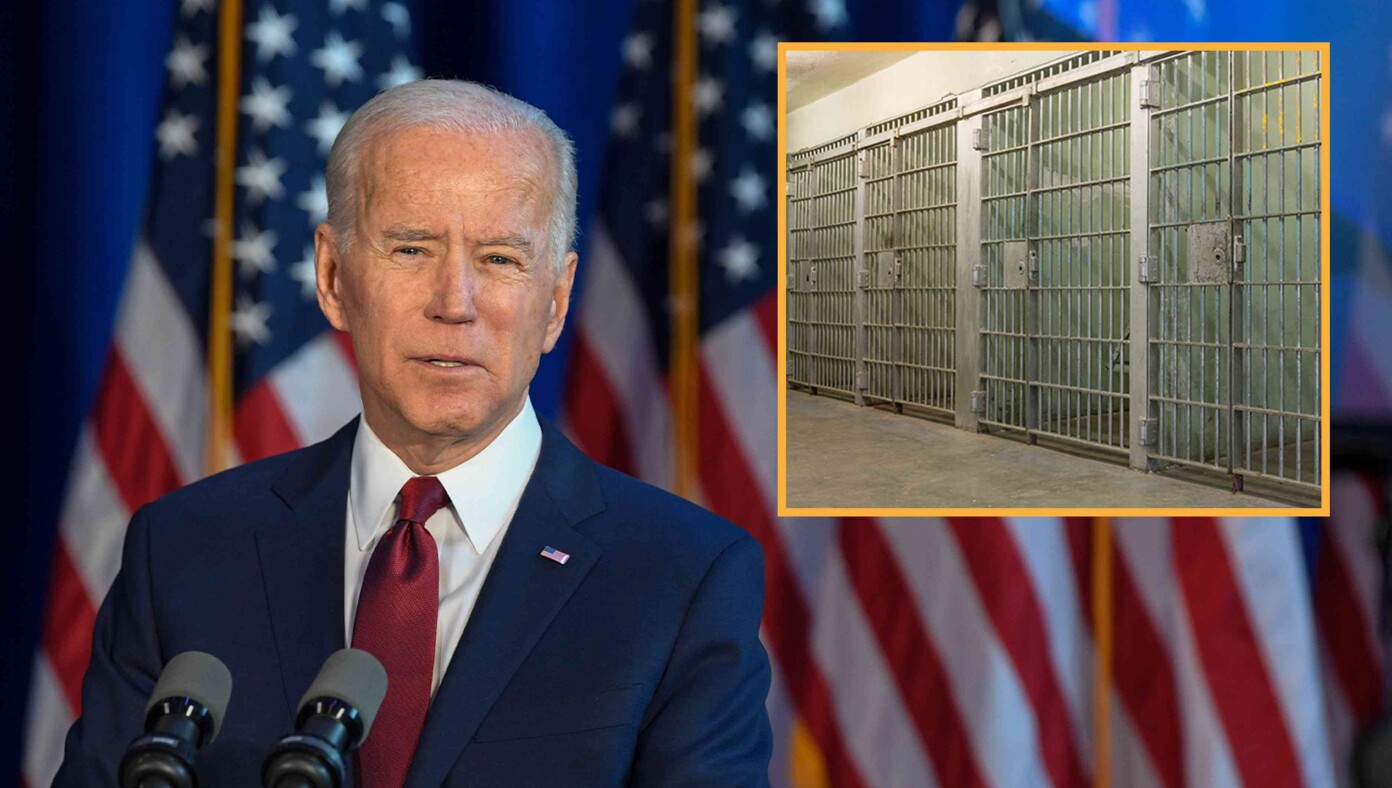 WASHINGTON, D.C. — This week, President Biden issued pardons to convicts who had been imprisoned for marijuana possession to make room for the influx of pro-life activists who Federal agents have been arresting.

“Our Federal prison system is under-resourced for accommodating drug offenders and people who have protested at abortion clinics,” White House staff issued a memo elaborating on the reason for the move. “When push came to shove, we had to choose between marijuana users or people who have committed the grave and lawless act of praying outside an abortion clinic. Just like Hitler would have done. The choice was clear.”

In his address, President Biden said that his administration has also asked Congress for funding to expand the Federal prison system to accommodate more pro-life activists, as well as people pro-life meme-makers and anyone who “likes” the memes on social media. Biden spoke while reading from a teleprompter: “We can remove these threats to our democracy, starting with the worst offenders and then working our way down to the people with the wrong belief, but we need your help. I am calling on Congress to expedite $4 trillion for promoting our 87,000 IRS agents to shock troopers so we can complete these mass arrests and retrofit some of our less-populated prisons to be large enough to contain the 49% of the country that identifies as pro-life. If we play our cards right, we can use the hick states in the middle as the prison…Barry always says they’re rubes, ‘clinging to their guns and their religion. It’s not a joke, Jack – c’mon!”

Eyewitnesses say that aides grew wide-eyed and began waving their hands to get Biden back on the teleprompter, as he had gone off-script and began talking about how he understood drug offenses because he had hairy legs at the pool when he grew up in the Puerto Rico community. White House Lit Up With Symbol Of Religious Cult

After Divorce Settlement, Gisele Expected To Own At Least 3 Times As Many Super Bowl Rings As Aaron Rodgers