Dem candidate for Senate has ‘a hard time understanding’ questions

John Fetterman, the Democrats’ nominee to be U.S. senator from Pennsylvania, is recovering from a stroke he suffered early this year.

And according to an NBC news correspondent he still has “a hard time understanding” conversations.

Question have arisen since his medical episode about whether Fetterman would be capable of fulfilling the requirements of duties in the U.S. Senate, and the reporter, Dasha Burns, pointed out that’s up to voters to decide.

However, she described what accommodations were required by Fetterman’s campaign in order for her to have an interview.

“We had a monitor set up so he could read my questions because he still has lingering auditory processing issues as a result of the stroke, which means he has a hard time understanding what he’s hearing. Now, once he reads the question, he’s able to understand. You’ll hear he also still has some problems, some challenges with speech. I’ll say that just in some of the small talk prior to the interview, before the closed captioning was up and running, it did seem that he had a hard time understanding our conversations,” Burns reported, according to Fox. 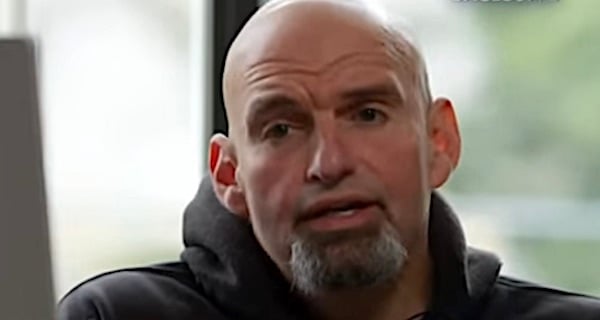 She continued, “Now, Fetterman has always been an unconventional candidate, but this is a particularly unconventional interview. I sat down with him at his home in May before the stroke. This was very different, including literally what the set up looked like.”

Will Dr. Oz defeat John Fetterman in the race for U.S. Senate?

Fetterman himself admitted to difficulties still.

“Every now and then I’ll miss a word, every now and then, or sometimes I’ll maybe mush two words together. As long as I have captioning, I’m able to understand exactly what’s being asked, but even after the stroke, immediately after that, I was able to read everything and I haven’t lost any memories or anything like that. It’s just really the lingering issue that I have,” he said.

But Burns also noted that Fetterman’s campaign continues to reject requests for access to medical records for the candidate.

“What you saw and heard there, the auditory processing challenges, the speech challenges. I’ve spoken with stroke experts. They say folks can fully recover from that, but the caveat that every expert gives is that they can’t fully assess a patient without details on their health records, without that information that the campaign has yet to disclose. We’ve asked multiple times for medical records, for interviews with someone from his medical team. Those requests have been denied to NBC News and other outlets that have requested this as well,” Burns said. 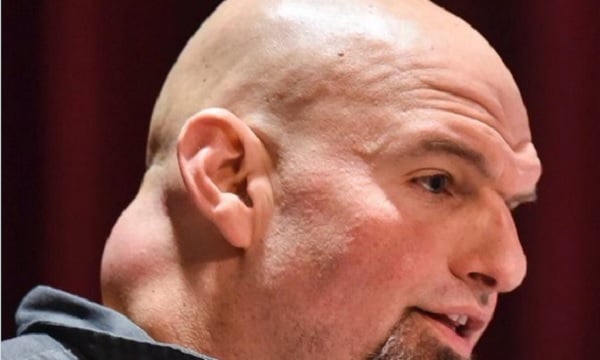 At the Wrap, a report noted that Burns was under fire from other reporters for her documentation of Fetterman’s current situation.

Fetterman, who is opposing Dr. Mehmet Oz for the open Pennsylvania Senate seat, also was interviewed by New York Magazine’s Rebecca Traister recently. She said, “As someone who has recently interviewed him: Fetterman’s comprehension is not at all impaired. He understands everything, it’s just that he reads it (which requires extra acuity, I’d argue) and responds in real time. It’s a hearing/auditory processing challenge.”

The report said, “During the interview with Burns, which further covered subjects ranging from abortion rights to crime rates, Fetterman said his stroke has changed ‘everything’ and explained that he ‘sometimes will hear things in a way that’s not perfectly clear,’ so he uses captioning to correct those discrepancies.”

American Red Cross under scrutiny after admitting it does not separate vaxxed, unvaxxed blood