In it to win it: McCarthy’s Congressional Pac writing checks for a majority to cash

As much as I worry about Kevin McCarthy’s morphing into a Paul Ryan-ish squish if he ever takes the Speaker’s gavel in hand, I’ve got to give it to him now – he is going hell-bent for leather to win the majority in Congress back for the GOP. The fundraising alone for his Congressional Leadership Fund PAC has been off the hook. So much so, that it’s causing heart palpitations in Democratic circles.

They are blowing the doors off Democrats and, more importantly, turning around immediately to put that money to good use. It’s showing up in polling.

There *has* been a small shift towards Republicans in polling of late. Only by about a point in the aggregates, but that’s really not nothing.

12 races shift slightly towards the GOP, 1 towards the Democrats in the @SplitTicket_ House Temperature Check.https://t.co/WDyEvlFLEC

Twelve of the thirteen races profiled have shifted to the GOP and quite a few are in Dem-leaning districts. Last week I profiled Hung Cao, running for Virginia’s 10th District, and how McCarthy had stepped up for him. Then I noticed that one of those surprisingly competitive races, which I happened to post on today (in Oregon of all places), shows up on the PAC’s FEC filing page with a healthy $44K contribution less than a week ago. 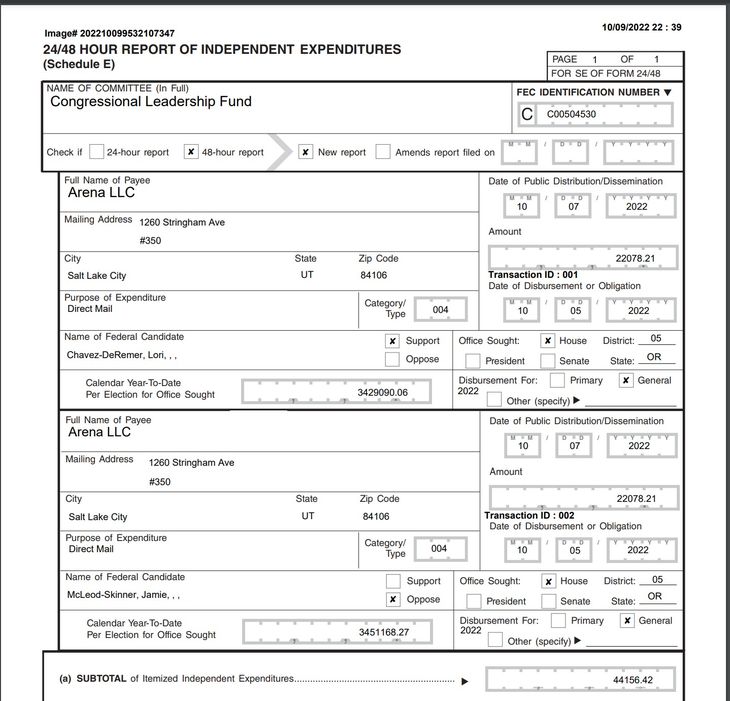 McCarthy’s support has also meant races in states as unfriendly to GOP congressional aspirations as New Jersey suddenly have, not just candidates, but contenders who are pulling ahead of their Democratic competition. They can actually compete, thanks to the additional dollars flowing. In NJ’s 7th district, the son of a former governor named Tom Kean Jr. is in front by a whisker and doing so in a most untraditional NJ-style of campaigning. He’s blowing off the local press.

…Kean Jr., who served 19 years in the New Jersey Senate, including 14 years as the chamber’s minority leader, has avoided most interview requests from the local press and has not given advance notice of his public appearances, banking instead on his famous name and the local media’s decreased relevance amid shrinking newspaper circulations and declining TV news viewership.

While Republicans running further to the right more often eschew the traditional media, focusing almost exclusively on appearances intended to gin up the party base, Kean Jr. has been using the tactic as a way to avoid alienating both the GOP base whose votes he’ll need in November as well as suburban swing voters — mainly women who pulled away from the GOP in the Trump era and support abortion rights.

As of this moment, there are only 2 – TWO – Republicans in Congress from NJ, and their seats are considered safe. The RCP House Map has NJ-07 leaning GOP. 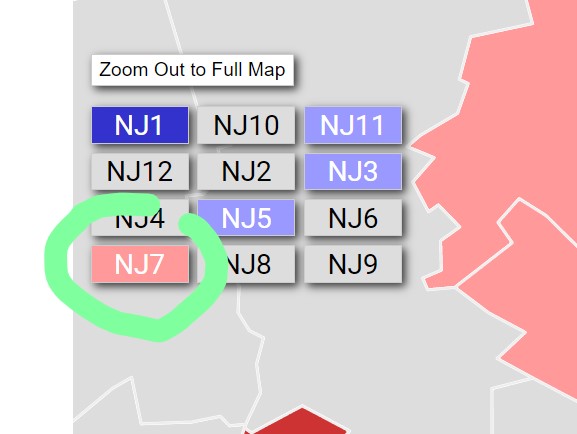 That would be a schweet pick-up. In the FEC filings, I ran across where McCarthy had also invested in Maine’s 2d Congressional District in an effort to assist former congressman Bruce Poliquin’s effort to win back the seat he lost to Jared Golden in 2018. Even local papers are sounding very Eeyore-ish about the incumbent’s chances this year.

…FiveThirtyEight has him [Golden] slightly favored at a 64 percent chance of winning. If that were only based on polls, he would stand at 80 percent, but factors including fundraising and past voting patterns bring his chances way down. The Bangor Daily News’ election results partner, Decision Desk HQ, is more optimistic about Poliquin, giving him a 71 percent chance of winning.

One major reason for that is relatively simple, said Kiel Williams, Decision Desk’s senior data scientist. Right now, Republicans are leading the national congressional generic ballot by roughly 1 percentage point. In 2020, Democrats held the edge there by 7 points and Golden only won by 6 points.

It washes out to an 8-point gap between this cycle and the last one, putting Golden at a disadvantage right off the top in a district that only got marginally more friendly to Democrats in redistricting last year. Golden and Poliquin are in a ranked-choice voting rematch of their 2018 race with independent Tiffany Bond also on the ballot.

It’s been a kinda fun exercise all morning – going through the FEC filings and seeing what the PAC puts out for, who (tracking down those candidates or opposition), and what the RCP map says about that race. As I said, unlike his Senatorial counterpart, McCarthy is doing his part to bring it all home – maybe even bring some candidates home whom folks had no inkling could be. That’s the best kind of money well spent.

“Don’t get cocky.” ~ The Reynolds Maxim

But it’s so dang hard to curb that enthusiasm…

Barr to Garland: Time for a special counsel to investigate Hunter Biden — and maybe Joe

Elon Musk will support DeSantis if he runs for President