Oakland County house inspector Kevin Wayne VanLuven, 61, of Clarkston, Mich., was charged with indecent exposure and malicious destruction of property under $200 after he was caught on a nanny cam pleasuring himself with an Elmo doll on March 12, 2021.

The sexual assault of Elmo took place when Jaida Dodson, 22, and her husband hired VanLuven to inspect their home as they prepared to sell it. VanLuven and a real estate agent arrived at the house and the Dodsons left.

When he finished with his vile attack, VanLuven returned Elmo to the spot where he found him—in a child’s bedroom.

A Clarkston man has been convicted of indecent exposure after he was caught on camera pleasuring himself to an Elmo doll during a home inspection. https://t.co/Jqz7zWfoLX

Shortly thereafter, Jaida Dodson’s motion-detecting nanny cam lit up on her phone. That’s when she saw VanLuven having his way with Elmo.

“I just went blank. My husband was staring at me from across the room and was like what’s wrong and asked me repeatedly, and I couldn’t even articulate what I was seeing,” Dodson told local news sources.

When questioned by police, VanLuven claimed he simply “moved Elmo” to inspect an electrical outlet. When he was informed there was a nanny cam in the nursery, he admitted his crime and apologized.

The nanny cam footage shows VanLuven entering the nursery. With his back to the camera, he is seen facing an open closet, pulling down his zipper, and holding Elmo below his waist. That’s when he began “pleasuring himself” with Elmo. 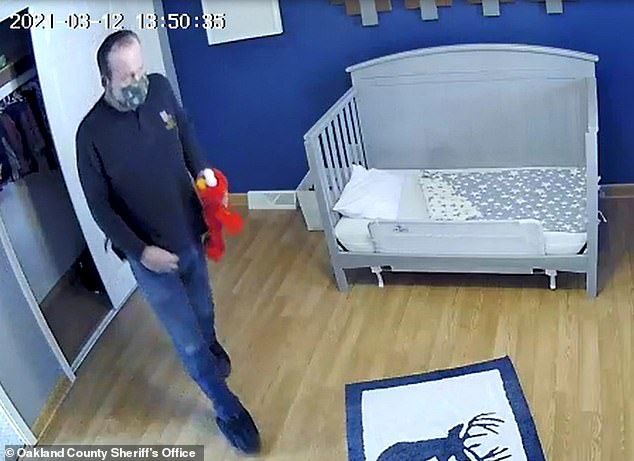 VanLuven’s attorney, Jeff Quas, argued that the charges should be dropped because the video does not show genitalia.

CREEP-O-RAMA! People who are sexually aroused by stuffed animals are called “plushophiliacs.”

The young parents are relieved but were left wondering, “what if?”

“What if he had an STD and our son played with that or anything? What if we didn’t know? We have a toddler and a newborn baby too,” Dodson remarked. “There’s nothing more worse than when somebody comes to your home and you trust them to do a job and they go as hard as to do something like that in your child’s bedroom.”

FETISH-O-RAMA! people who dress up in fuzzy animal costumes and have sex are called “furries.”

VanLuven was convicted of aggravated indecent exposure but shockingly was found not guilty of malicious destruction of property. How much more malicious can a vile plushophiliac be? He is looking at a maximum penalty of two years in jail and a $2,000 fine.

The video is HILARIOUS.

The Morning Briefing: It’s Like Biden Is Trying to Be the Dems’ November Albatross