Among the Broken Columns of the Twilight Kingdom 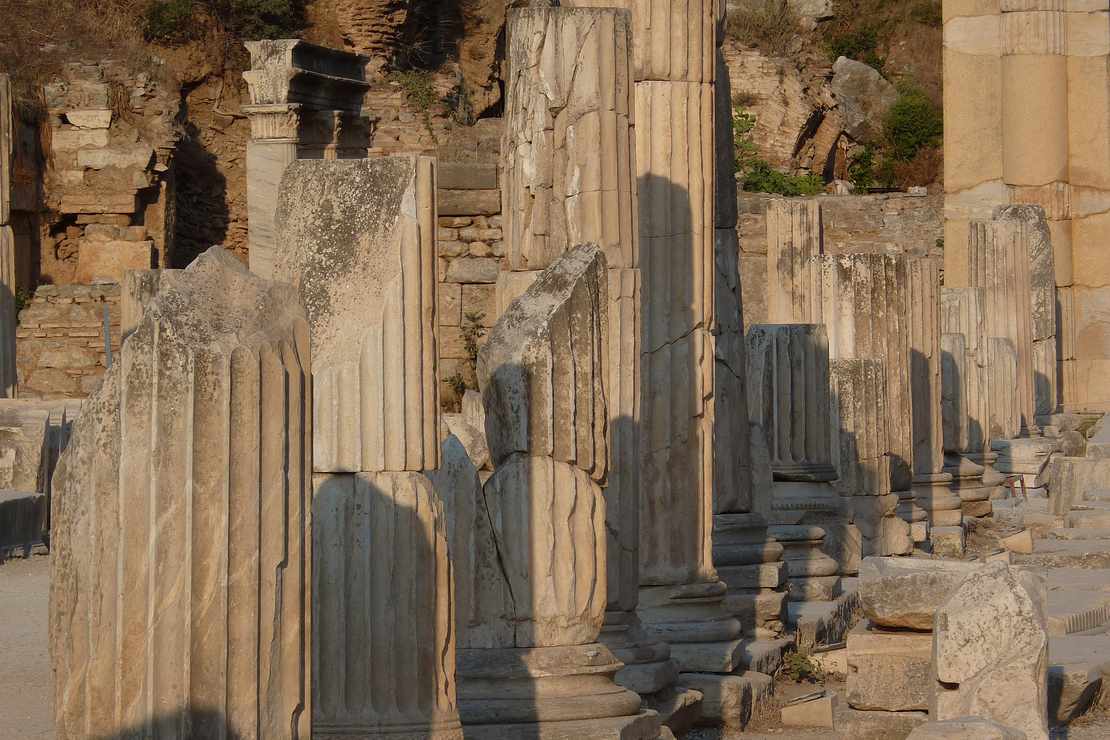 Between the essence
And the descent
Falls the shadow

I just dropped in to see what condition my condition was in.

—Kenny Rogers and the First Edition

When one surveys the current culture of the West, one can only conclude that it flows from the broken mind of man, that is, Western man. For we are now, with few exceptions, a broken people and our culture reflect the fractured symmetry of what we once felt as a reasonably cohesive and unified way of being in the world, a mode of largely unformulated understandings experienced as normal.

The sense of the normal has now become unnatural — destabilized, confused, incoherent, bizarre, even grotesque. This is why our future as a nation and, in a greater supervening perspective, as a civilization has grown increasingly precarious.

Those who have eyes to see need only look to behold a political estate whose complete ineptitude is eclipsed only by its endemic venality, an expert class that earns its prerogatives by being wrong about mainly everything, a caste of remote, self-interested, and profoundly ignorant government bureaucrats, a media apparat that has offered what is left of its tattered soul to a remunerating master and a prevailing orthodoxy, an intellectual clerisy that has sold its cultural integrity to the allurements of power and privilege, a medical profession that has colluded with a corrupt viral industry, and a majority public indifferent to the disaster that awaits it.

What, then, are our options? Will the cashiering of a given tyrannical leader, the election of a potential savior, the collapse of a particular destructive ideology in the face of unforgiving reality — would such eventualities reverse the suicidal course on which culture and nation have embarked? The drift toward critical denouement, toward a life among the ruins, seems inexorable. Its ETA cannot be precisely determined, but it is, on the historical calendar, uncomfortably close.

If this is so, there is, perhaps, a scintilla of consolation. What can’t be stopped may at least be slowed. I suspect that the best we can then hope for is a stay of execution. Several years ago, the noted psycholinguist and educationalist Frank Smith delivered a lecture at Brigham Young University, where I was guesting, in which he argued that the cultural Titanic was foundering and we should all jump ship. The problem, I countered, so far as I could see, was that there was nowhere to jump. Everything is the Titanic. The Titanic is the Titanic. The lifeboats are the Titanic. The sea is the Titanic. The land is the Titanic. Even the iceberg is the Titanic. Perhaps a thin spit of coastline, a promontory or an island of reason, might gradually emerge from the turbulence — what Charles Eisenstein calls “communities of sanity” — but meanwhile the only option is to keep the pumps working, so to speak. Better to go down tomorrow than today. The day after tomorrow is even better.

This does not mean we should give up and prostrate ourselves on a sick man’s couch, waiting despairingly for the end. Those whose minds are still sound struggle to defer what cannot be evaded. We elect the right leaders. We work to protect, as best we can, the democratic process. We continue to speak out. We write articles, essays, and books. We create alternative media of communication and commentary. We organize in protest and do not back down. We seek to repair, so far as possible, an educational system in complete disarray, recognizing that while China teaches its kids calculus, our educators teach our kids gender pronouns. We don’t concede. We preserve our moral dignity in the face of an onslaught of derision, hatred, and censorship. We strive against the odds, however formidable.

Ultimately, we will have to find ways to survive the new and repressive dispensation that is gathering, with its “bullying, moralism, and interest-group politics” and its “sustained assault against the private-sector middles class and the ideals of self-government,” in the words of Fred Siegal from his prescient The Revolt Against the Masses. It is rather too early to travel to Mars with Elon Musk, but there are still small enclaves off the pervasive grid of corruption and madness, jurisdictions — counties, states, and countries — here and there that remain socially and economically livable. Populist revolts seem promising, but they are insecure phenomena. Meanwhile, we continue to work within the system via elections, occasional court judgments, and legislative procedures where feasible even though, as Mattias Desmet says in The Psychology of Totalitarianism, we cannot in the long run “remediate” the “current cultural impasse” on its own terms.

Nonetheless, those of us who hold to our traditions remain clear-eyed and resolute. We are not poet T.S. Eliot’s straw effigies and “hollow men” wandering among the “broken columns” of the “twilight kingdom.” We seek to keep nation and civilization — or at any rate, pockets of good sense — going for as long as we can in spite of what we know. We tilt against wind turbines. This is neither comforting nor cause for celebration, but it is, I am convinced, as close to the truth as we can get. As Catholic philosopher William Kilpatrick writes, the signs are all around us that “a stupid and gullible generation such as the one we live in” is herding toward history’s abattoir. America’s proxy war in Ukraine that may conceivably lead to nuclear annihilation is another sign of the collapse of reason that defines the age.

For the near-total collapse of reason is the real pandemic of our time. Raising questions against establishment views and cultural shibboleths is the kiss of death for those who wish to pursue their careers or live their lives independently and peacefully. Duke University biology professor John Staddon persuasively argues in his recent Science in an Age of Unreason that it is not only the scientific community that is being polluted by the accepted views of the age—political correctness, politicized passions, the diversity-inclusion-equity syndrome, self-promotion over factual research, white fragility and identity criteria. Unreason is spreading throughout the entire culture, warping every profession and compromising all the walks of life. The prognosis does not inspire confidence in the likelihood of cultural longevity, let alone the world we have far too long taken for granted.

Perhaps the worst may be mitigated for a time, but we should not deceive ourselves into believing that we are fighting to win against the forces of dereliction since no decisive victory is now to be expected. We are fighting to lose another day, in order to delay a bitter destiny while we plan for alternatives. At best, we may achieve a partial victory in preparing the ground for surrogate spaces, scattered regions where the Western mind is still improbably intact, where the remnant of a great civilization and its originary mind may yet be preserved.

Such may be the only viable response to the challenge which confronts us: working within the zeitgeist to prolong what remains to us while at the same time seeding democratic colonies where we may conceivably conserve a basis for our moral and intellectual survival. That, it now appears, is our condition.

Today in History: Islam Swallows Up the Western World After the Battle of Yarmuk