Fetterman plunges ‘into incoherence’ in Senate debate with Dr. Oz

John Fetterman, the Democrat Party’s chosen candidate for the U.S. Senate race in Pennsylvania, during a debate “repeatedly stumbled over his words – and lapse into incoherence on more than one occasion,” according to an analysis by the New York Post.

Fetterman, up against Republican Dr. Mehmet Oz in the race, suffered a stroke some months ago but maintains he has recovered and, according to his own testimony, now is “ready to be served.”

The Post analysis noted political observers were shocked by Fetterman’s display on Tuesday.

“Despite using a closed captioning system to help him understand what the two debate moderators and Oz were saying, Fetterman repeatedly lapsed into uncomfortable silences and mixed up his words,” the report charged. 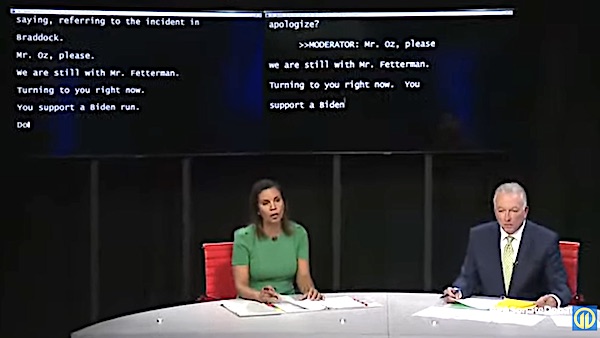 One statement had him confirming, “I do not believe in supporting the Supreme Court.”

New York magazine’s Olivia Nuzzi noted, “There is no amount of empathy for and understanding about Fetterman’s health and recovery that changes the fact that this is absolutely painful to watch.” 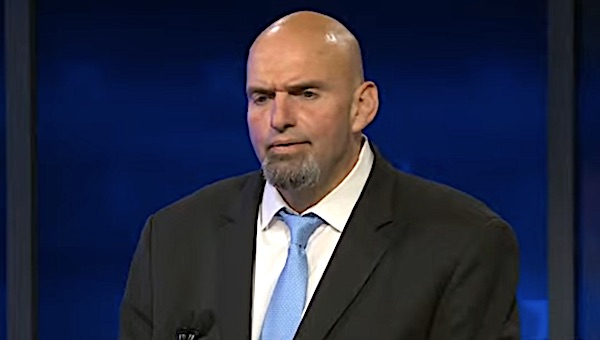 Chris Cuomo, of NewsNation, suggested, “It’s not his fault, but Lt. Gov. Fetterman struggled. And again, I’m not faulting him for it, I don’t think his preparation was great, but he clearly is dealing with health issues.”

Charlotte Alter of Time said on social media that she had spoken recently with Fetterman and as a result “expected him to be very bad tonight.”

Richard Grenell, acting Director of National Intelligence for President Trump, pointed to Fetterman’s party, with, “Shame on Democrats and the Pennsylvania media for pretending like @JohnFetterman is well. This is so sad.”

“Just so we are all clear: that was Fetterman WITH weeks of prep and specialized computer assistance throughout. So what you just saw is the very, very best Fetterman can do. Which is terrifying,” former Trump adviser Stephen Miller said.

After the fact, Fetterman’s campaign team claimed to be “thrilled” with his performance.

But the Daily Mail pointed out his greeting, “Hi, good night everybody,” describing how the “confused John Fetterman implode[d].”

It was the only debate between the candidates scheduled and a special captioning system was set up in order for Fetterman to read questions, rather than having to respond to audible questions.

Fetterman has refused to release his full medical records. 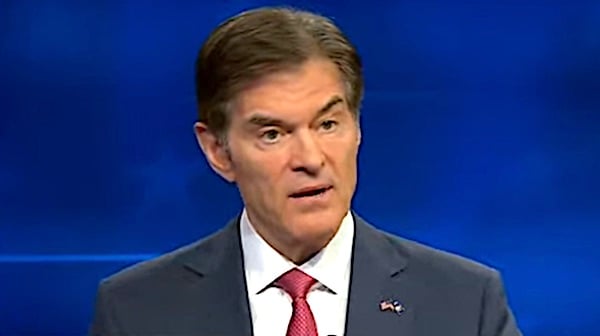 Fetterman did get in statements promoting abortion, one of the key agenda points adopted by the Biden administration, the other being transgenderism.

“Yeah, I want to look into the face of every woman in Pennsylvania. If you believe that the choice of your reproductive freedom belongs with Dr. Oz, than you have a choice, but if you believe that the choice for abortion belongs between you and your doctor, that’s what I fight for. Roe v. Wade for me, should be the law, he celebrated when it went down. And my campaign would fight for Roe v. Wade – and if given the opportunity to codify it into law,” Fetterman said.

On the economy, Fetterman said, “We all have to make sure that everyone that works is able to- that’s the most American bargain, that if you work full time you should be able to live in dignity is well true. We can’t have businesses being subsidized by not paying individuals that just simply can’t evade to pay their own way.”

Recent polls have shown the race to be very close.

A report at the Washington Examiner cited key takeaways, including Fetterman flip-flopping on fracking, a major economic influence in the state.

Mod: “Why haven’t you released your medical records?”

Fetterman: “My doctors believe I am ready to be served.”

Mod: “Why won’t you release the records?”

Fetterman: “My doctor believes I am fit to be serving and I believe that is where I am standing.” pic.twitter.com/kTH88tPH0Q

“It should now be crystal clear why Democrat John Fetterman refused to take part in more than a single debate with his Republican Senate rival, Mehmet Oz, and why Fetterman insisted on pushing that debate to just two weeks before Election Day—after at least 500,000 Pennsylvania voters had already voted. Last night’s debate was an unmitigated disaster.”

He explained, “A disaster for Fetterman, Pennsylvania’s lieutenant governor—who appeared confused and could barely manage a coherent sentence, let alone a complete paragraph. And a disaster for Pennsylvania voters, who didn’t get the tough, substantive debate they deserved, one that would have pushed Oz to explain, among other things, why he was distancing himself from Donald Trump (without whom he wouldn’t be the nominee); his position on abortion; China; and how he plans to bring down gas prices.”

The commentary explained, “Oz had some solid talking points, but they were just that—talking points. But Fetterman lacked even those.”

Whistleblower magazine reveals and explores the stunning truth: Soros, an atheist, literally says he’s “some kind of god,” obsessed with re-creating the world in his image. Here are a few actual quotes from Soros: “If truth be known, I carried some rather potent messianic fantasies with me from childhood…” “It is a sort of disease when you consider yourself some kind of god, the creator of everything, but I feel comfortable about it now since I began to live it out.” “You know, in my personal capacity I’m not actually a selfless philanthropic person. I’ve very much self-centered.” “I am kind of a nut who wants to have an impact.” “Next to my fantasies about being God, I also have very strong fantasies of being mad. … I have a lot of madness in my family. So far I have escaped it.”

Except he hasn’t “escaped it.” Not only is Soros totally mad, but he’s imposing his insanity on America. See Soros and the leftwing world he has created and funded as never before in “THE BILLIONAIRE WHO THINKS HE’S ‘GOD’: Why George Soros is obsessed with destroying America.”

Advice for Trump: This time, fire ALL U.S. attorneys!