You have probably heard that Elon Musk, whose takeover of Twitter has finally completed, is planning to fire 75% of the employees at the company. And as you may guess, Twitter employees are not especially happy about that fact, even though Musk has not officially confirmed it.

They are making their unhappiness known to both Musk and to the world, and I don’t know about you but I am enjoying some time wading into the river of Leftist tears. The water’s warm, come on in! Elon himself tweaked the employees a bit as he strolled victoriously into Twitter headquarters.

In response to the rumor of huge cuts, a number of employees have done what Leftists always do when they are unhappy: make demands. Now frankly if I were in their position I would be keeping my head down, praising Musk to the skies, and hoping that I can appear so vital to the company that the Angel of Death flies by me rather than uses its scythe to chop my head off.

But that isn’t how Gen Z rolls, so they are firing off a letter to Musk making a series of demands, and its pure comedy gold. For employees whose heads are on the chopping block already, making threats and demands seems like a pointless exercise. After all, what if the demands aren’t met? Are they going to quit before they get tossed out the front door? It’s not like Musk is desperate to keep them around.

Staff, Elon Musk, and Board of Directors:

We, the undersigned Twitter workers, believe the public conversation is in jeopardy.

Elon Musk’s plan to lay off 75% of Twitter workers will hurt Twitter’s ability to serve the public conversation. A threat of this magnitude is reckless, undermines our users’ and customers’ trust in our platform, and is a transparent act of worker intimidation.

Twitter has significant effects on societies and communities across the globe. As we speak, Twitter is helping to uplift independent journalism in Ukraine and Iran, as well as powering social movements around the world.

A threat to workers at Twitter is a threat to Twitter’s future. These threats have an impact on us as workers and demonstrate a fundamental disconnect with the realities of operating Twitter. They threaten our livelihoods, access to essential healthcare, and the ability for visa holders to stay in the country they work in. We cannot do our work in an environment of constant harassment and threats. Without our work, there is no Twitter.

We, the workers at Twitter, will not be intimidated. We recommit to supporting the communities, organizations, and businesses who rely on Twitter. We will not stop serving the public conversation.

We call on Twitter management and Elon Musk to cease these negligent layoff threats. As workers, we deserve concrete commitments so we can continue to preserve the integrity of our platform.

We demand of current and future leadership:

Respect: We demand leadership to respect the platform and the workers who maintain it by committing to preserving the current headcount.

Safety: We demand that leadership does not discriminate against workers on the basis of their race, gender, disability, sexual orientation, or political beliefs. We also demand safety for workers on visas, who will be forced to leave the country they work in if they are laid off.

Protection: We demand Elon Musk explicitly commit to preserve our benefits, those both listed in the merger agreement and not (e.g. remote work). We demand leadership to establish and ensure fair severance policies for all workers before and after any change in ownership.

Dignity: We demand transparent, prompt and thoughtful communication around our working conditions. We demand to be treated with dignity, and to not be treated as mere pawns in a game played by billionaires.

First of all, Elon Musk decided to buy Twitter because he believed that Twitter was not serving “the public conversation” well, due to its lax bot and strict censorship policies. Whinging that firing people will harm their ability to keep up with the very policies Musk abhors seems like a ridiculous way to persuade him that your demands be met. As for customers’ trust, I doubt opening up the platform to more speech will very much dent Twitter’s reputation; that is already in the toilet.

The media will freak out and post every offensive tweet from a conservative–and there will be many because that is how free speech works–but Twitter is already a cesspool of hate and bigotry–only right now it is mostly left wing hate and bigotry, and soon it will cover the ideological spectrum. That is what Twitter is and always will be. Where people come to both inform and insult each other. Welcome to social media, 2022.

Pretty much the rest of the letter is making demands about wages, benefits, employment security, and “dignity.” It is a long list that boils down to “we are entitled,” and there is no reason to believe Musk has any designs to create  “an environment of constant harassment and threats.” He runs some of the largest, most efficient, and most profitable companies in the world. He didn’t get there by harassing his employees all the time. But he hates people who feel entitled, and has a history of firing them.

Left unsaid in most discussions around the takeover of Twitter is the fact that the company itself has been poorly run, and was going to have to let a bunch of employees go whether Musk won his bid or not. A stable headcount was never in the cards.

Employees are well paid (median of $150,000) and get a stellar benefits package and working environment. They have been coddled, and the result has been an insular environment hostile to dissent or criticism. It has to be shaken up, and Musk has plans to do so.

It will be certainly fun to watch, as Musk seems to revel in conflict and loves sticking it to arrogant jerks, of which there are many both inside and outside Twitter. He is certainly having fun trolling the critics. 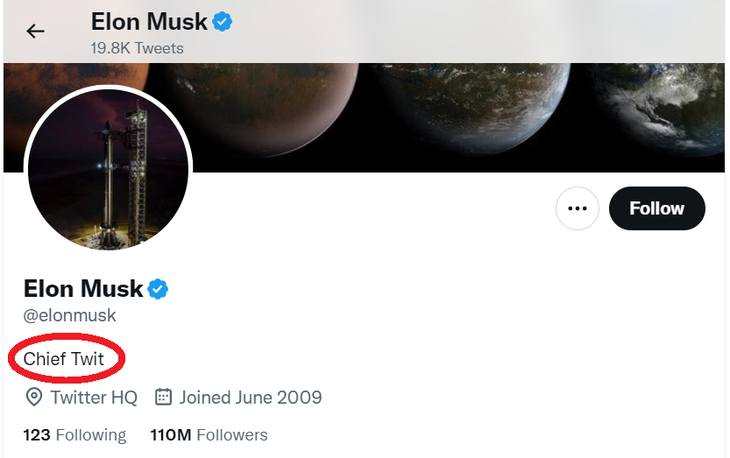 I have no idea whether Musk can make a go of it. His track record is good but not without warts. His takeover of SolarCity has been of questionable benefit, but his overall track record with his companies is unmatched.

I wish Musk well. I both rely upon Twitter for my work and feel more than a bit dirty and frustrated after using it. The latter will probably remain, as the former certainly will too. But at least I will be able to get a better sense of the range of information and opinion out there and feel freer to share my own opinions. And that is a huge benefit to me and to everybody else.

Expect the next several months to be filled with stories and opinion pieces designed to outrage us about the spread of hate and misinformation now that Elon is in charge. It is inevitable, and it will be coming from people populating an industry (the MSM) that is the most prolific spreader of misinformation in human history.

Expect Musk to laugh, politicians to rage and threaten, and people like me to enjoy the show.