[UPDATE: DePape is an ILLEGAL] – Suspect told police he wanted to hold Nancy Pelosi hostage and break her kneecaps An affidavit was filed with the court today by the DOJ and some new details were presented from what David DePape told police as to what he wanted to accomplish and why.

In short, DePape wanted to kidnap Nancy Pelosi, get her to admit certain lies or he would break her kneecaps. He anticipated the later and hoped Nancy Pelosi being wheeled into the Capitol in a wheelchair would send a message to other members of Congress.

Here’s what the affidavit said: 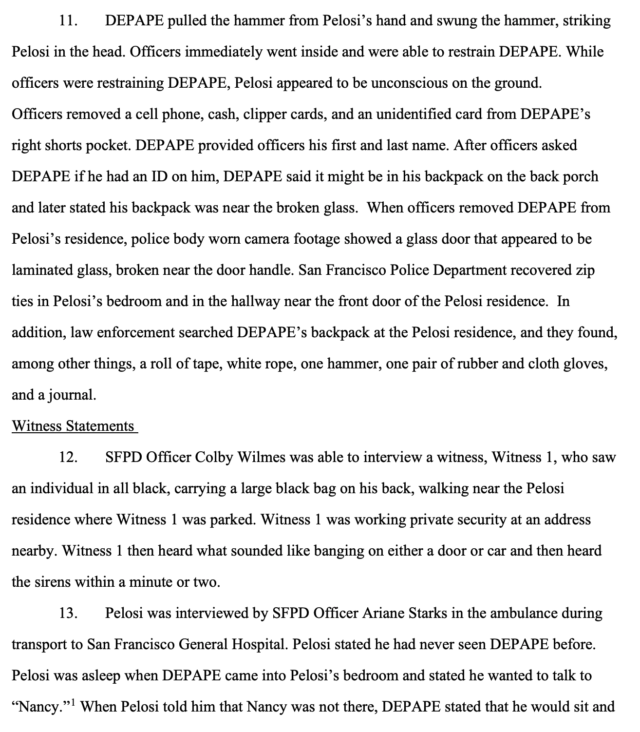 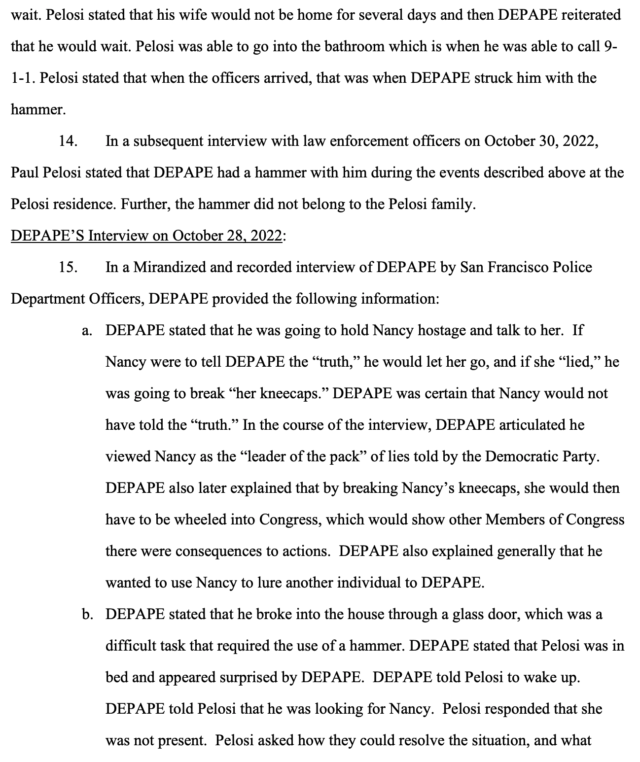 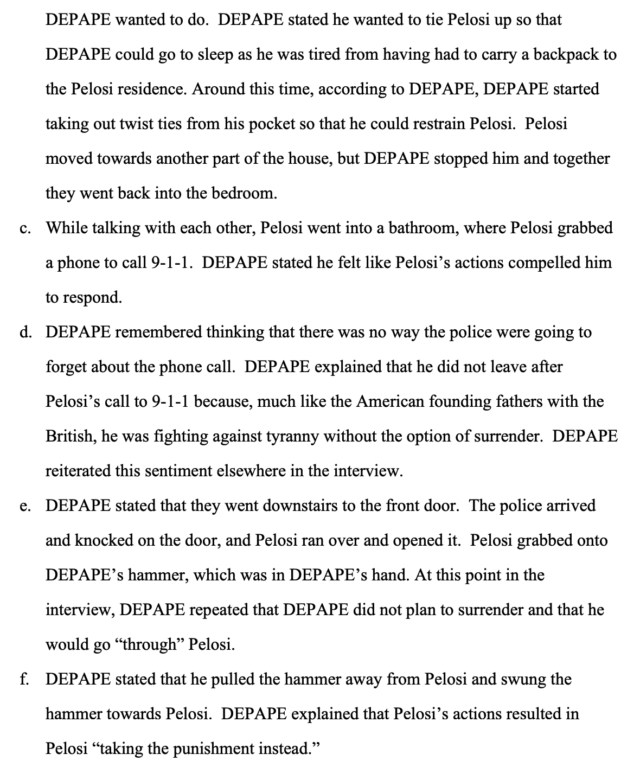 The recounting of what DePape told police seems pretty vague and almost intentionally so. Specifically, the DOJ doesn’t detail what these ‘lies’ were for which DePape wanted to hold Pelosi to account. Which means they could be related to liberal issues. Or COVID. Or who knows what.

They also don’t detail who this other person was that DePape wanted to lure to himself, using Nancy Pelosi as a hostage.

Maybe I’m being cynical, but it just seems to me that the picture the DOJ wanted to paint here was of someone who could be construed as a MAGA Republican to give the media and Democrats more fodder to use to attack Republicans before the midterms.

UPDATE: Turns out DePape is an illegal:

NEW: Per ICE source, David DePape, the suspect accused of beating Paul Pelosi in his home with a hammer after breaking in, is currently in the U.S. illegally as a “longtime” visa overstay. @FoxNews