Methinks Charlie Crist wants to lose and other woeful tales

So, the Democratic candidate for Florida governor – the unctuous former governor and congressman Charlie Crist – decided yesterday that picking a rabid teachers’ union president as his running mate wasn’t enough of a poison pill for his chances. Crist figured he’d throw in a little lockdown/masking/booster razzle-dazzle for the Karen crowd as well. Because, you know, SCIENCE™ and New Variant™.

Charlie Crist says he’s open to mask and vaccine mandates in Florida because apparently there’s been a slight rise in COVID cases pic.twitter.com/LoDbkw171V

Needless to say, no-nonsense DeSantis spokesperson Christina Pushaw pointed out the obvious problem with his delivery…

Notice he says this unmasked to a room full of unmasked supporters. In Florida they’re free to wear masks if they want, but Democrat politicians don’t want to wear masks themselves. They just want to force service workers and school children to cover their faces. https://t.co/ZGdb3rWJj4

…and a commenter on the thread pointed out a problem with his logic.

The bad decisions continue. Guess who’s wheeling into Florida to help Charlie out?

Yeah. THAT guy. And he’s bringing a winning message to help this floundering campaign.

When President Joe Biden rallies Democrats in Florida on Tuesday for a final-stretch campaign stop, he will finally land in the state his advisers have long eyed as the ideal backdrop for his warnings against “mega-MAGA” Republicans.

For months, Biden and his team have been hoping to use Florida’s constellation of Trump-aligned Republicans – including the former president himself – to crystallize Biden’s closing pitch that the election is a choice and not a referendum and galvanize Democratic voters.

“You can’t shake a stick (in Florida) without hitting a Republican that represents the MAGA extremes that the president is talking about,” a senior Biden adviser said. “So, it allows the president to really drive home what’s at stake and what the choice is.”

Biden makes that argument to voters in Miami Gardens on Tuesday, a week from Election Day. The rally comes as Biden has sharpened his attacks on Republicans and painted an increasingly grim picture of America under a Republican majority in Congress.

Come on, man! ‘Mega-MAGA Republicans’ sounds like a cheerleading squad, no? I’m sure Biden will be as fired up as his nap lets him be and, without a doubt, ten times more energetic than Crist himself, but truly, this is not the place to be berating Republicans with that sort of hate-filled malarkey. If you had half a prayer, that is. It’s almost as if the geniuses controlling the White House hadn’t noticed the numbers in Florida over the past couple of years and the swing in party loyalty. Guys, you’re not in Kansas anymore. All your state are belong to US. 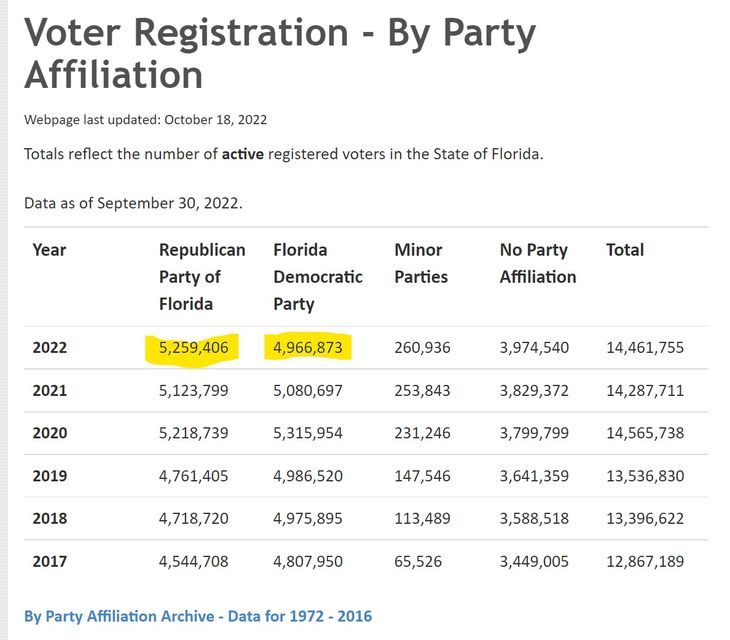 Honestly, it’s as if Crist, almost from the very beginning, has gone through the motions, and done the most to make sure he could do the least. I’ve never seen anything like it.

Across the board, Democratic candidates are determined to stomp on their citizens and themselves holding the progressive, regressive, oppressive line and it has been a sight to see.

From illegals and crime…

The media loves to talk about old comments. Here’s Gretchen Whitmer saying she wants to “abolish ICE”—something that would actually put Michiganders in danger. Will they ask her about it or nah?pic.twitter.com/UB6E7WlohY

.@GovKathyHochul says “not at this time” about mandating the COVID vaccine/new boosters for school children for the current 2022-23 academic year… but doesn’t rule out mandate for future.

Adds Legislature will make the decision next year in consultation w/@HealthNYGov.

…to flat out running away from engagement with opponents, however unworthy the Democrat in question might believe they are.

Woe unto the ruling class. The unforced errors and sloppy, lazy campaigning, combined with good old-fashioned arrogance will cost them dearly.

Taiwan’s voters appear to be tired of US-China tensions

Washington Post: Russian advances in Ukraine have stalled and the tide may be turning in Ukraine’s favor

Democrats turn to Biden on the campaign trail … no, not that Biden