Don’t question Biden if you took PPP funds, cleanse the FBI with fire, etc: Democracy IS on the ballot

Filed under: WHY WE’RE VOTING, Chapter Number 987. This tough guy and the thugs behind the throne think they’re the boss of us all.

You don’t get to accept hundreds of thousands of dollars in pandemic loans and then attack my Administration for helping working folks get some relief.

Waggle that gnarled, bony stick finger of yours somewhere else, pal – we’re over it. PPP was a congressional program to ostensibly help mitigate the economic havoc created by the pandemic, the brutal government-mandated shutdowns, and endless, insane restrictions.

As COVID-19 shutdowns threatened businesses back in 2020, the U.S. government began issuing nearly $800 billion in potentially forgivable Paycheck Protection Program loans. The program was designed to help small businesses keep workers employed during the uncertain early days of the pandemic.

More than two years later, the overwhelming majority of these loans have transformed into government grants, as 91% have been either fully or partially forgiven…

Taking tax-payer funds to pay off student loans that were agreements freely entered into by both parties is your election payola scheme. As for criticizing your august administration for anything in any capacity, nowhere in the First Amendment is there a limiting free speech factor if one has been forced to accept federal largess.

Congress shall make no law respecting an establishment of religion, or prohibiting the free exercise thereof; or abridging the freedom of speech, or of the press; or the right of the people peaceably to assemble, and to petition the Government for a redress of grievances.

Speaking of your administration’s oversized sense of its place in the universe, we’re tired of the brown shirts in your justice department.

It is said that towards the end his life as he sank into dementia, Maurice Ravel was tormented by the theme from Bolero playing over and over in his head. I would not be surprised to hear that Christopher Wray, head of America’s Staatspolizei (also known as the FBI) is suffering from a similar torment as the theme from the movie Jaws plays over and over in his noggin.

In fact, I suspect that John Williams’s minatory masterpiece is playing at Democratic redoubts all across the country. Merrick Garland hears it, as do Raphael Warnock, Tim Ryan, Mark Kelly, Catherine Cortez Masto, Katie Hobbs and Gretchen Whitmer. I decline to speculate about the music bouncing around in John Fetterman’s head, but I know it is loud and distressing. As one commentator noted, Tuesday’s red wave in the midterm elections is going to be like the red elevator scene in The Shining. I had to look that one up but, yep, it seems like an appropriate metaphor for what is about to happen.

…But neither forgetfulness nor forgiveness is on the docket. People are not about to forget what the politicians and their bureaucrats just did to them. And if they do not forget, neither will they forgive.

Nor are they going to forget what the FBI has done and is doing to us. The dawn raids against non-violent political rivals of the regime and pro-life activists, the nationwide dragnets to nab people who protested against the 2020 election, the spying on Donald Trump’s 2016 campaign, manufacture of forged evidence in order to mobilize the awesome surveillance apparatus of the state against American citizens and undermine Trump’s presidency…

The report Roger Kimball refers to in his piece is the Republican Staff Report on the FBI and Whistleblowers that just dropped. It’s 1050 pages, yes, but if you just peruse the summary of the initial findings, the first couple of pages and table of contents, you will be so angry. This is not AMERICAN nor defending the Republic from harm. This is the East German Stasi, Saddam Hussein’s Mukhabarat – whatever totalitarian regime’s untouchable brute squad enforcers you want to substitute – being used at the behest of a political party to silence critics, for intimidation and the ruination of inconvenient lives.

Our lying eyes can clearly see this is not law enforcement or keeping the public at large safe no matter how fervently your administration toadies argue to the contrary. Or try to frame us as the “existential threat to DEMOCRACY” you in point of fact all are. 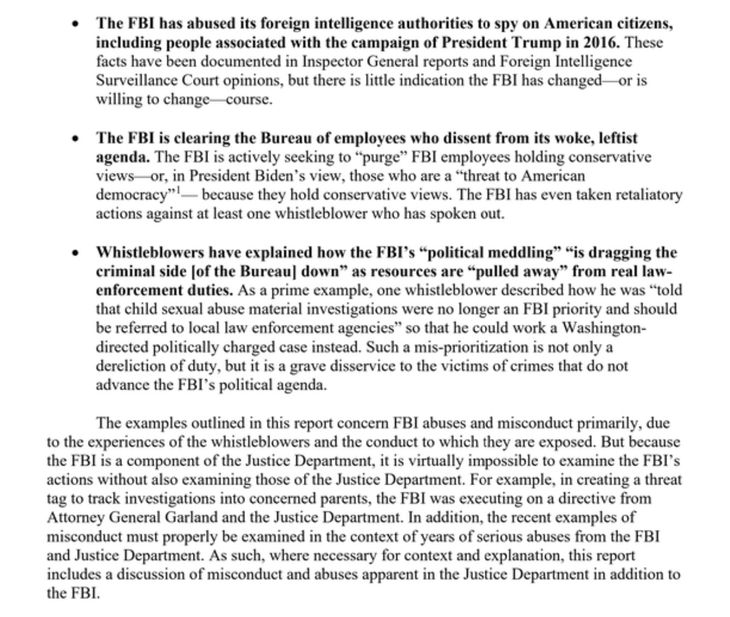 After today’s exercise in DEMOCRACY settles out and restores some semblance of sanity, I hope they’re all sweating like the cockroaches they are. A Raid can won’t do it. Turn Jim Jordan and a GOP Congress lose on that headquarters, and cleanse it with the fire of freedom, transparency, and the Constitution.

…Doug Wood, his wife, Chelsea, and their three kids are new to Dayton, Ohio. Until 2020, Doug, 38, was happily settled in Peters Township, Pennsylvania, near Pittsburgh, where he lived close to family and enjoyed his career as director of transportation and development at 84 Lumber.

But last fall, 84 Lumber’s embrace of the COVID-19 vaccine mandate changed everything for him.

“I chose not to get it, so I lost my job,” he said. “What upset me about how my company in particular went about it was that it wasn’t every position in the company. I became frustrated with the company because they were picking and choosing where to apply the mandate and my choice was over the principle of the thing.”

…In any other year, Wood said he would give Ryan a second look over Vance, the author of 2016’s bestselling memoir “Hillbilly Elegy” who was endorsed by Trump.

But not this year.

“It’s the uncertainty Democrats have placed in every aspect of our lives and the overreach that has me voting for Vance. Heck, I am voting all Republican,” said Wood, who added that voting for one party down the ballot is something he rarely does.

…to what these monsters did to our children in the name of fear and power. What they would still be doing if they could possibly get away with it.

Never forget.
When you vote.
Think about how the fear-mongering school leaders treated your kids breathing like a reward. https://t.co/4cUq47xgz7

Thanks to the Democrats, there’re armies crossing our border unimpeded every day…

WATCH: The last 5 days in a row, we’ve seen massive groups of several hundred migrants crossing illegally into the same spot in Normandy, TX. Each video here is from a different day.
The admin continues to claim border is “closed”. Migrants tell us it’s “abierta” (open) @FoxNews pic.twitter.com/KS6BjLhgFi

…with unending butchery and street battles on sidewalks in every major city. As if anyone needed more reasons…

Kathy Hochul says if you are concerned about rising crime in NY then you are a conspiracy theorist and data denier. Her gaslighting, soft on crime policies, and refusal to overhaul cashless bail is why 3 children just witnessed the murder of their mother.https://t.co/MsBOraRStd

…and one could still count further. And NEVER forgive. 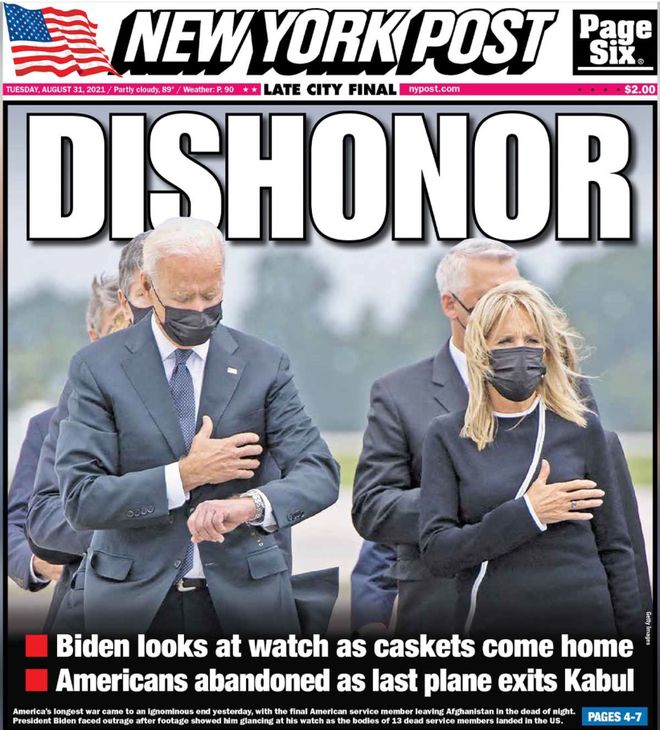 Oh, yeah – Biden is right, but not the way he meant it.

Voting to stop all the madness Joe Biden and Democrats have foisted on the Republic in two short years is how democracy made the ballot, and we are fixin’ to let freedom ring.

Don’t forget that we’re not just covering the midterms tonight but are preparing for the all-important 2024 presidential cycle as well. We need to make sure Democrats are one and done in the White House, too. If you want real in-depth analysis and exclusive content and wish to support the long-term mission, join HotAir VIP today and use promo code VIPWEEK to receive 45% off your membership! Yep. Republicans are holding a vote to abolish the IRS Harvard med students learn how to care for LGBTQIA+ infants